Security Is Better Than Ever! The Industry Is Optimistic Looking To 2015

Larry Anderson
Download PDF version
2014 was a great time to be in the security industry, and 2015 will be even better. This is the optimistic view shared among industry leaders contacted by SourceSecurity.com and asked to reflect on the market in 2014 and to look ahead to the New Year. Dozens of suppliers, dealers, installers and industry organizations participated in our First Annual Security Market Review and Forecast – and SourceSecurity.com is publishing each of their unique and exclusive insights into the security marketplace. This article includes links to all of the commentary articles submitted by participants in our Review and Forecast series.

The Security Industry Association, Washington, D.C., documents growing confidence in the market as 2014 progressed. The organization’s SIA Security Market Index reflects that confidence related to the U.S. market – rising to 74.6 (on a 100-point scale) in November from 72.3 in September and 62 in July.

Technology opportunities may be a factor in that optimism – including new technologies like 4K Ultra HD video and incorporation of mobile devices (and even wearables) into security applications. For many, 2014 was the year they were introduced to the idea of the “Internet of Things,” and especially to its looming impact on the home security and automation market. Big players like Apple and Google jumped into the fray, raising both awareness and expectations about the future of home automation.

One contributor saw an increase in corporate and government expenditures. Another commented on the large numbers of grants available to improve sales, particularly in the education and healthcare markets. Since the 2012 Sandy Hook massacre, many U.S. school districts have moved rapidly to purchase security products. In the perimeter security arena, there is more business coming from soft targets such as major hotels, colleges, office buildings or other places where people congregate.

Customers are taking a broader outlook on system expenditures, notes one commentator. Now they select systems as part of a long-term investment in their business. Emphasis on broader goals can also lead to larger projects.

End users looking to reduce operational spend are finding multi-functional uses for tools that were traditionally used for security. For example, asset accountability is now playing a more significant role related to lowering corporate costs. The security executive position (at end user companies) is expanding from the monitoring and investigation of alarms to more strategic areas including risk mitigation and business continuity. Technology is evolving to the help them. Customers also face challenges of compliance as more regulatory requirements are thrust upon owners across multiple verticals. Dealers need an in-depth understanding of regulatory issues to enable them to meet customer needs.

On the dealer front, PSA Security Network is taking steps to help educate security professionals concerning both the threats and the opportunities related to cybersecurity. One integrator (among others, no doubt) sees managed services as a notable trend looking ahead to 2015. Another dealer anticipates an expansionary period with continued growth and profitability provided integrators continue to maintain a high level of performance. A third dealer expects integration of wireless and edge technology to continue to change the economics of installation.

The new president of ASIS International has also weighed in with an extensive and enlightening forecast.

One of our year-end commentators notes that 2014 was the “the first year that HD cameras that are as reliable, as convenient, and as affordable as [standard resolution] cameras became widely available.” That helps to explain why migration from standard resolutions to HD really took off in 2014. It was also the year that saw acceleration of alternatives to IP as a means to move video within a building. Both analog HD (HD-SDI) and digital HD (HDCVI) gained prominence as alternatives. General video trends include popularisation of HD, intelligence and integration – and the Internet and Big Data will also impact the video market. New ONVIF “Profiles” are important tools to promote interoperability, data security and ease of installation.

There was a major switch toward an emphasis on providing solutions rather than products in the video arena, driven in part by companies looking to add value amid concerns about the commoditisation of cameras and other components. One company notes that total solutions have become more important than products in the industry. Brands are starting to transition from product manufacturers to solutions providers. A company that focused initially on smaller (SMB) systems is looking to expand into the mid-tier and larger projects market, not uncommon as players look to widen their scope.

Notable technologies include multifocal sensor cameras and wireless video systems powered by solar energy to expand the reach of video systems to remote locations. In general, related to how video is used, there is a shift from a reactive approach to a more proactive approach, and from just security uses to using video to address wider business opportunities. In general, video systems are becoming more sophisticated and smarter.

One European commentator says that access control has moved out of the shadows as the “poor cousin” to video systems and now has a higher growth rate. He sees a continuation of the growth for the next three to five years along with greater symbiosis of IP security and ID management.

Among access control system manufacturers (OEMs), the competitive landscape remains fragmented. However, the smaller OEMs that have been around for decades are facing competition from new players with novel approaches. More consolidation is likely. Also, large video companies continue to seek a share of the access control market.

There is also a continuing need to update legacy systems while keeping existing infrastructure and hardware intact. A smart card with integrated biometric reader emerged in 2014 – it can be used with existing card reader infrastructure, adding a biometric authentication element to as many (or as few) card holders as the end users requires. There is also growth in long-range solutions.

Electronic access control is expanding to capture a larger number of doors in an enterprise – competing for a larger share of doors that are now locked mechanically. One contributor has seen good growth in “e-locks” across all of Europe.

“Big Data” was a buzz-word in 2014, and a growing emphasis on data – how to get it, how to process it, how to use it – was an everyday reality for manufacturers, integrators and end users in the security market. Customers are looking to make data-driven decisions with insight and foresight provided by intelligent analysis of various data. One commentator emphasized that winners in the security industry will be those who apply business intelligence to the data they are gathering and that have policies in place to determine trends and take action.

Increasingly, surveillance video will be looked at as Big Data that can be analyzed to bring value to the top line of the business.

IT And The Cloud

Influence of the IT market on physical security was a given in 2014. One effect was a trend toward the decoupling of hardware and software with the help of open standards. The IT-inspired approach is now being adopted in physical security.

As security systems continue to migrate to IP, they more closely resemble IT solutions. This change is taking place more rapidly than most expected, which can be disruptive to systems integrators who are not prepared to do business in the IP world. At the enterprise level especially, physical security will become more and more deeply embedded into the overall corporate IT strategy.

The cloud became a major factor in the physical security market in 2014. The continued movement to “cloud” or “distributed” applications will impact how manufacturers and integrators go to market – affecting pricing, purchasing guidelines and other factors.

Uncertainty And Opportunity For Integrators Within Security Market 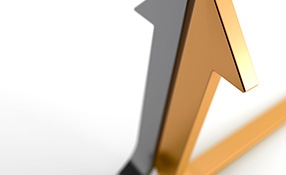