The CCTV cameras on the public space network are vital for crime prevention, detection and public safety in the town center where large numbers of people can gather.

B&NES’ previous public safety network consisted of approximately 90 analog cameras that were connected to a single central control room with only 12 display screens. To view images from different cameras, cables had to be manually plugged and unplugged from each screen, a cumbersome, extremely resource intensive process that limited the benefits of public safety CCTV. While integration of this analog system with the more modern, digital IP camera network used by the Council’s transport team would have helped improve the system, lack of funds prevented the project from proceeding.

B&NES turned to its existing Avaya Fabric Connect network – installed in 2012 as one of the first of its kind in the UK. It not only had the built-in capacity and reliability needed to run both the public safety and traffic camera networks 24x7 at no extra cost, but also enabled a simple, rapid integration of the analog public safety and the digital, IP traffic camera networks. In addition, the additional network capacity in the Fabric Connect network has improved picture quality on the IP-connected cameras for a better experience all around.

The first test of the new system was during the Bath Half Marathon in March 2016. With minimal preparation from the BN&S network team, the race organizers used the cameras to monitor participant and spectator safety from a single device that can connect anywhere on the network – not just from the control room.

With the CCTV cameras successfully integrated into the Fabric Connect network, B&NES is now looking into incorporating additional software and devices to extend the network further, getting even more value from its initial investment.

“Avaya Fabric Connect has expanded the network capability of B&NES enormously and the CCTV upgrade is just one part of this. The Council was one of the first organizations to implement Fabric Connect in the UK and it has provided much more flexibility across so many services. We are tremendously pleased this partnership has worked so well for them.”

“Since rolling it out, Avaya Fabric Connect technology, has become the lifeblood of our entire network. It enables us to meet so many requirements, both technical and regulatory. Now, different teams within the Council come to us with really complex projects, and we can just say ‘yes.’ It really is the perfect solution for what we need and the seamless CCTV migration is proof of that.” 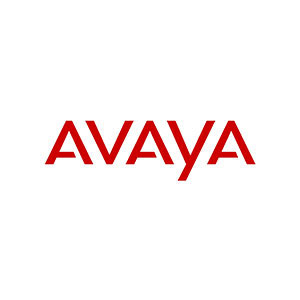