A U.S. economic forecast of 2.3 percent growth in real gross domestic product (GDP) bodes well for security businesses to thrive in a healthy economy in 2014. The Conference Board’s 2.3 percent growth prediction for 2014 is higher than its 1.7 estimate for 2013. Globally, both the physical access control and video surveillance markets are forecast to record healthy growth rates this year.

Globally, the U.S. Conference Board estimates a moderate rebound in GDP from 2.8 percent in 2013 to 3.1 percent this year.

Research firm IHS Technology predicts continuing growth in the global physical access control market in 2014, about a 7 percent increase over 2013, to reach a $3.4 billion overall market size. Asia will grow fastest (at 10.7 percent), while Europe, the Middle East and Africa (EMEA) will grow slowest, but still at 4.6 percent over 2013.

“The trends that continue to drive this growth are end-user education, marketing and technological developments,” says Blake Kozak, IHS Technology Senior Analyst. “Increased adoption of wireless locksand Web-enabled panels continue to drive the market. Additionally, there has been a renewed look at open standards and more secure credentials such as Commercial Identity Verification cards.”

For the video market, IHS Technology forecasts 12 percent global growth this year, with fixed-dome and 180/360-degree network cameras as the fastest growing categories. IHS forecasts city surveillance and the utilities/energy sector as the fastest-growing verticals. The research company also points to a number of trends that will predominate in the next 12 months, including:

The 2014 Dodge Construction Outlook estimates total U.S. construction will rise 9 percent in 2014 (higher than the 5 percent increase in 2013). Single family housing with grow 26 percent (measured in dollars). Commercial building will increase 17 percent, according to McGraw Hill Construction, author of the Dodge Outlook.

Security companies face a positive outlook in the educational building category, where colleges are revisiting capital expansion plans, and passage of recent construction bond measures in several states should benefit K-12 construction projects, according to the Dodge Outlook. Healthcare construction is expected to remain flat, given continued emphasis on cost containment, according to Dodge. 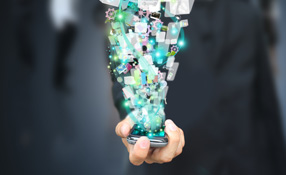 The Role Of Experienced System Integrators In Casino Surveillance