Cary, N.C.-based SchoolDude, an education enterprise asset manager, conducted the study to see if there was a need in the education world for an idea it had come up with: a crisis management smartphone app.

Most schools these days have some form of mass notification system. Some have purchased complete systems. Others subscribe to cloud-based systems. Still others have assembled their own systems from existing technologies. Administrators that have learned how to use their systems can feel confident about their ability to communicate in the event of a disaster.

“Most use mass notification systems for severe events such as a shooting or a fire,” says Nick Mirisis, Director of Marketing for SchoolDude. “But it isn’t appropriate for all kinds of emergencies.”

What if a teacher comes upon an abandoned and suspicious looking package? What if a fall knocks a student unconscious? What steps should you take?

Even when a mass notification must be sent out — in the event of a shooting, for instance, what should a teacher do after have notifying the principal of the emergency and awaiting the notification?

In each of these cases as well as in many other kinds of emergencies, the teacher or administrator is on the spot and must take certain actions.

To guide people under stress facing emergency situations, SchoolDude developed a smartphone app called CrisisManager. Upon opening the app, a user can go directly to a page showing buttons for a host of emergencies. Tapping an emergency button calls up step-by-step procedures.

“An institution can digitally publish safety plans for all kinds of emergencies,” says Mirisis. “Teachers, administrators and staff can download the plans into their CrisisManager apps. The system works with all major smartphone operating systems.

“As things change and procedures are updated, the system notifies users of the update.”

Why not put it online? Why use smartphones as the platform. Mirisis explains that if the power goes off, Internet access is lost. SchoolDude has found a way to compress the entire plan so that it takes up no more storage on the phone than four songs. As long as administrators or teachers use their phones, they have access to emergency procedures.

Stonington Public Schools in Mystic, Conn., recently converted its emergency response plans from paper to the CrisisManager app. “The paper plans were difficult to find during a crisis and quickly became outdated once printed,” says Ken Donovan, Stonington’s Director of Facilities and Security. “Additionally, the school district’s annual incident reporting on lockdowns and drills involved paper-based tracking, which was cumbersome.

“With the app, incident reporting is much easier. Mobile also brings much greater accessibility. It is a relief to have all of our plans, emergency contact numbers, maps and so on all at our fingertips.”

Stonington is rolling out the system in phases. Currently, the superintendent, principals and assistant principals have plans outlining procedures for various kinds of emergencies on their phones.

Later this year, a version of the app customized with procedures for teachers will roll out.

Different groups have different responsibilities during emergencies. For instance, during a fire, administrators and staff will most likely deal with first responders, making sure they can find their way through the school and access important tools. Teachers will look after students. So each has plans customized to specific responsibilities. 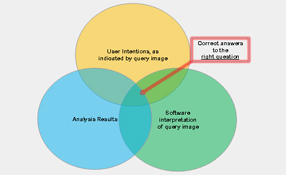 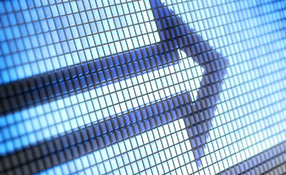