With the scrap value of copper climbing to more than $3 per pound, each theft costs CU an average of $6,000 in labor and repairs. Cut wires and the risk of electrocution also puts the lives of CU staff, thieves and any curious persons. Within the first month of operation, the new IP camera system helped the utility company alert police to four separate incidents at one of the most highly targeted substations.

“Given that copper thieves generally hit our substations under cover of darkness, the Axis thermal cameras help us detect suspicious movement and the Axis PTZ cameras give us enough detail about attire to help law enforcement apprehend intruders,” said Nick Rasey, manager of physical security, City Utilities of Springfield.

“Several years ago we knew thermal technology would someday play a role in professional physical security. Axis’ launch into thermal cameras [in 2010] expedited this prediction by making the technology more affordable and easier to use with more options than ever before,” said Matt Lackrone, president, NetWatch, Inc. “Perimeter security and detection is a major goal in most surveillance applications and now we can couple traditional surveillance attributes with affordable thermal cameras with native IP technology to achieve a higher degree of detection discernment.”

The recent Presidential proclamation declaring November 2013 National Critical Infrastructure Security and Resilience Month stressed that infrastructure was the “backbone of our national and economic security,” and its protection is essential to the future health and stability of the nation.

The Federal Bureau of Investigation identified copper theft in particular as a threat to the country’s electrical infrastructure – both in terms of the flow of electricity and cost of repairs. The National Insurance Crime Bureau reported more than 32,000 claims for copper theft from 2010 to 2012 – a 36 percent increase from 2009 to 2010.

“The federal government’s recognition of and dedication to critical infrastructure security is a testament to the importance of these assets and supporting systems for our nation’s economy, security and health,” said John Merlino, business development manager, government programs, Axis Communications, Inc. “City Utilities of Springfield is truly leading by example through their innovative IP video surveillance system and proactive approach to identify, disrupt and prevent threats to critical infrastructure.” 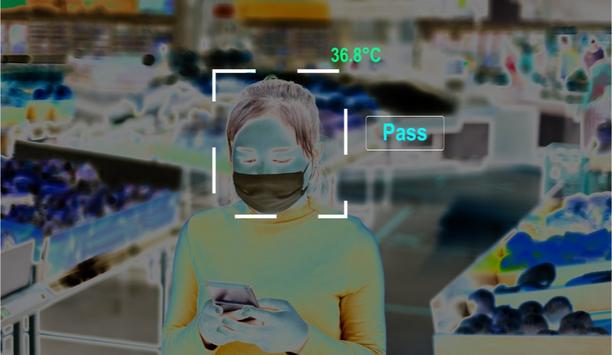