With the number of global international tourist arrivals standing at over 1 billion and increasing migration in Europe, good border and passport security means having a layered approach and plenty of co-ordination among countries, says David Belchick, VP of Government Solutions at Entrust Datacard.

“More than one billion people travel internationally for business and pleasure each year,” according to David Belchick, “These record high numbers are straining existing human and digital border security resources at a time when most travellers expect the most expeditious border crossing process possible. Methods of forging passports and other identity documents, like birth certificates, are growing more sophisticated, and the market for authentic but stolen identity documents is expanding rapidly. There is a global repository run by Interpol listing lost or stolen documents, but only a few governments currently use it to authenticate passports at border control points.”

“We are experiencing a border security crisis,” says Belchick, in light of the continuing migration and border security issues in Europe, involving the so-called Schengen countries, the attacks in Paris and the movement of Syrian refugees, of whom he says between 1%-5% are using fake passports. “Part of a government’s job is to make citizen’s feel secure. It’s a bilateral thing really, with demand coming from both governments and citizens.”

Passport control officials at borders have around one to two minutes to decide whether or not to let someone into a country, so authentication methods need to be robust. “Methods of forging and altering passports have become more sophisticated with the growth in demand for stolen identities, and Interpol’s stolen and lost travel documents database stands at over 40 million documents,” Belchick says.

Led by European nations, there is a global shift to e-passports, with over 100 countries using these technologies. “Certain countries have deployed technologies giving border control agents the ability to validate e-passports. But the problem is that although some of this technology has been implemented, it’s not everywhere, so border agents have to check and authenticate manually. For example, one of the Paris attackers crossed into France on a false passport. If there were better adoption of technology and more uniformity, it might have prevented or at least reduced the consequences.”

One challenge is knowing where to start in updating or overhauling existing border security systems and protocols, as there are so many components that contribute to overall security, says Belchick. “Making borders more secure is not simply about installing new passport scanners or better training of field officers for body language cues – although those are important components. Building a trusted infrastructure combines physical, electronic and digital security features that also consistently and accurately detect criminal activity.” It’s a complicated and challenging task.


“To truly implement an identity solution that would make borders more secure internationally, governments must change how they think about and protect the entire lifecycle of each individual’s identity – from the physical credential/document issued to the database that securely binds the physical identity to a cyber/online identity; from incorporating the latest resources in technology, such as biometrics, to authentication systems that detect fraudulent credentials. This requires a true shift in the way governments are thinking about, and legislating on, the ecosystem of identity management.”

E-passports can be first, second or third generation, with second generation technology offering what is known as extended access control, and which incorporates a fingerprint or iris biometric of the person, explains Belchick. This confirms to whom the passport belongs and the fact that it was issued by a government. Around 30-40 countries have deployed this second generation technology, while a total of around 120-130 have issued e-passports.

“We think having a layered approach to security is the right way to go. Some are fairly low-tech solutions such as UV scanning, but you should always have digital and physical security together.”

France, Canada and Ireland are seen as leading implementers of layered security technologies. “Some have deployed next generation security features; others haven’t. Technology is the relatively easy part. Sometimes it’s the political and institutional will to do things that is key, and incidents can give a nudge to move things along. Funding can be a problem for less wealthy countries, and some technologies are still not fully bedded down, such as e-Visas, which have a standard in development.”

Belchick says it’s also about balancing security with convenience. If a country puts in more security, queues can get longer, so then more border agents, who are properly trained on the security features of each country’s passport, are needed.

Mobile authentication and technology will also help secure borders. There are two areas that need development – having a standard on how you issue a mobile passport, and having portable devices to validate passports other than at the border. But standards for these mobile solutions are not yet well enough defined.

Belchick concludes: “It’s reasonable to think that the travel industry could be impacted if the proper steps are not taken to secure borders. The technology is available to safely secure borders, and many countries are already taking steps toward a more secure border system. If the adoption of new technologies and policies continue, we could see restrictions and complexity of global tourism ease, spurring growth in that sector.” 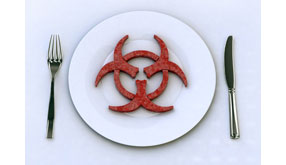