Standards for camera manufacturers presented a new challenge with the introduction of security cameras that require more than 30 Watts of power. Many of these involve pan-tilt-zoom (PTZ) domes and heaters and blowers that require additional power. This development created two areas of confusion which is highlighted in this article by Neil Heller - Vice President, Vigitron. The first is the ability to define what a 60-watt camera is and what power sources are actually required. The second and more serious is how to provide that power. Both share a commonality in that they lack any form of standardization.

Let’s start with the definition of the 60-watt camera. As the term suggests, it requires 60 watts or greater, but that doesn’t necessarily mean all the required power comes from a single PoE source. In many cases, camera manufacturers require that PoE only power the camera itself. Looking at these cameras’ power specifications will indicate a required PoE power of 802.3at or 30 watts, thus leaving power to the heaters and blowers requiring a local AC power source. This situation brings into question the value of PoE power if it is restricted to only providing camera power.

Another group of PTZ cameras does use PoE for both camera and heater/blower functions, but only when the heater operates within a restricted temperature range. This usually means if your camera is installed in areas where the temperature that can fall below -20 degrees C (approximately -20 degrees F) you will still need a local power AC power source.

The third type of security camera relies only on PoE power for both PTZ and heater blower operations.  This is confusing, and is often the source of users finding their PTZ has failed at the most inopportune time.

PoE For Greater Than 30 Watt Applications

The three different operations of how these “PoE” cameras are powered brings into question the value of using PoE for greater than 802.3at, 30 Watt applications. Value exists in the ability to centrally control power operations from a single accessible point. Certainly those cameras that are solely dependent upon PoE have the greatest advantage. This brings to the second point of confusion, the composition of the PoE power. To review a brief history, 802.3af (15.4) was the first PoE standard used for IP cameras and is for the most part a standard. 802.3at (30 Watts) was introduced as four different standards, two of which, Type 1 and Type 2 are supposed be compatible, but in reality are not.

60 watts has no standards. To understand this, we need to look at the limitations of transmitting power over physical cables. Any form of transmission over a physical media has limitations in the form of resistance. As resistance increases, so does the heat generated by this process. The higher the power, the greater the resistance and resulting heat generated. Based on CAT5e cable, a single wire can handle about 0.75 amps. In PoE transmission, power is transmitted on a pair of wires or 0.75amp X 2= 1.5amps.  According to the 802.3at specifications, Class 4 specifications generally are considered to start around 48 volts. So we take 48 x 0.75= 36 watts or 72 watts for the pair.

So how do we get to 60 watts? For “over” 30 watts, camera manufacturers use a dual PD (power device) system. In short, it operates as if it where two IP cameras and requires use of all four pairs within Cat cabling.

Exceeding these power limits can be dangerous in overheating the cable and its installation. Therefore, any attempt to transmit 60 watt power over coax cable that is only a single pair should be considered with a great deal of caution, requesting from the transmission equipment provider that they will accept liability for any damages.

The need to operate two PDs within a single camera is where the incompatibility exists. There are no standards as to the sequence of turning on separate PDs in a single camera. Most such camera manufacturers provide their own PoE source in the form of a PSE or camera power supply; however, don’t try to interchange these power sources among different cameras from different manufacturers as they will not work. If you attempt to use a third party version, make certain you confirm that the power source manufacturer has actually conducted certification testing and can provide proof of compatibility or provide any operational limitations.

Finally, there is the question of transmission distance. This takes us back to the physics of high-powered PoE transmission. Even with manufacturer-supplied PSEs, the distance limitation is still 328 feet (100m), the Ethernet standard. Most applications such as perimeter and parking lots will be hard pressed to find a power outlet within 328 feet of where the cameras needs to be installed. This is where third-party transmission equipment providers come into play, but again the ability of transmitting 60 watts PoE power for distances greater than 328 is more complex that standard 802.3af and 802.3at, and more limited. This combined with the non-standard make a detailed knowledge and interaction with the manufacturer critical to a successful installation. 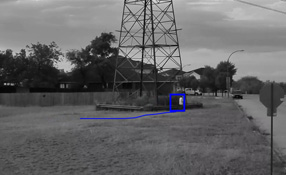 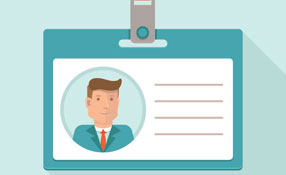 Learning To Use Visitor Management Technology In Schools 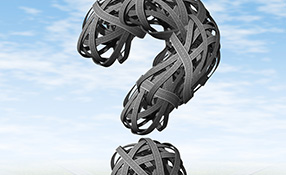 Physical Security And The Quest For Interoperability At ISC West 2015