Networking Basics For Security Professionals: Understanding The Role Of Midspans To Supply Power

In general terms, a midspan is a power over Ethernet (PoE) power source that is placed between a network switch and the device being powered, hence the term midspan. The real question is, with almost all network switches providing PoE power, why do we need a midspan? The answer is, in some cases we don’t, but in others we do. As with any other product we have discussed, we need to first consider that, just as with network switches, there are no real standards for midspans. As with switches, you can wrongly determine the midspan you are considering has the required power by looking at the power supply without considering the actual power provided to each port and the total power available when each port is active. In short, a midspan can be the same as a network PoE switch without the switching capability.

The increasing power demands of many IP cameras such as day/night, LED on/off, auto back-focus and heaters/blowers have placed high demands on PoE power. Let’s start with the obvious: IP PTZ domes that require more than 802.3at (30 watts). Network switches don’t provide more than 30 watts of PoE port power. When called upon to do so, the normal reaction within the 802.3at operation is to shut down power to the port, thus rendering the camera useless. So when your camera requires more than 30 watts, you are going to need a midspan. Some camera manufacturers provide one with their camera; many don’t. If you are going to extend the range of power transmission beyond the normal 328 feet (and yes, you can), then you are going to have to account for additional power, and a midspan is a must.

What Distinguishes A Smart Midspan From A Dumb Midspan?

However, thinking about a midspan in terms of power is too limiting. What else should a midspan be able to do? First, it should be managed. Power is expensive, and a midspan should be able to provide the ability to allocate power so that it can be applied to each camera in order to make the most out of the total available power. A midspan should be able to respond to additional power requests while still providing protection. We have previously noted that all cameras have power surges due to the startup of their accessory features. These are often the cause of port shutdowns. A midspan should have the ability to respond to these requests, while providing camera protection from over-power conditions; in short, the ability to tell the port to which the camera is connected to surge and provide the requested power for a specific and safe period. We know that network switches do not fuse their individual ports; therefore, a midspan, as it is a power device, should have fused ports so that if an individual port shorts, the rest of the ports and the mdispan will remain active. By the midspan’s position in front of the switch, the individually fused ports are actually providing port fuse protection for the switch itself.

We know that in most cases once power to a port is terminated, a service call is likely if only to unplug the Ethernet camera to start the PoE cycle. The most important aspect of a midspan is to attempt to establish initial PoE, prevent its loss and in cases when PoE is lost, attempt to re-establish power. These abilities to be programmed, establish initial power, maintain power if lost, and communicate status are what separates a smart midspan from a dumb midspan.  Many don’t consider the important, labor- and field service call-saving potential of a midspan; that is, a smart midspan that provides more than just power.

Considerations for using midspan are often rejected on the basis of costs. However, consider that the most expensive components in a PoE switch are those that provide PoE power. Remove those and the cost of a switch is greatly reduced. The cost of a “smart midspan” may not be that much more than a network PoE switch with the same or even lesser power.

Even less when you consider the cost of system downtime and service calls. 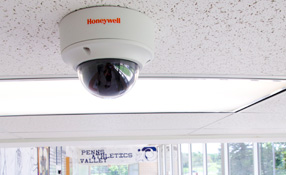 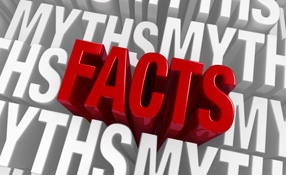