We often view network switches as transparent transmission products. What goes in comes out. In reality, nothing is further from the truth. In this article, Neil Heller - Vice President, Vigitron, Inc. highlights that any part of a transmission infrastructure has a dramatic impact on transmission and, therefore, on system performance. At the very least a network switch can be viewed as a piece of wire. Wire has resistance and as such an effect on bandwidth.

In previous articles we have discussed how IP video is transmitted as individual packets or video frames. Further, the size of the frame for IP security cameras is based generally on the megapixel size of the camera. The higher the camera megapixel size, the greater the transmitted packet. However, network switches are built for data applications. Their primary function is to pass data in the most reliable and fastest way.

While IP video can be considered data, there are large differences between a packet size for word files versus video files. The latter is much larger. The focus of network switches on non-video applications is clear when you know that switch quality testing is done at 64bytes, and a smaller megapixel camera will require at least 1024 bytes. The largest packet size for network switches is about 1518bytes or about a 2-3 megapixel camera. Larger packet sizes that can yield up to 9600 bytes and result from larger megapixel cameras or low-compression formats such as MJPEG are not taken into consideration.

As a result, most network switches limit their packet size at 100Mbps to 1518bytes. But wait, you just read your switch specifications and it clearly states it handles Jumbo frames or packets up to 9600 bytes. A closer look shows that statement is true provided the switch bandwidth is set to 1Gbytes (assuming your switch has 1Gbyte capacity). However, there’s more. Almost every IP network security camera outputs at 100Mbps? In networking, you must match transmission ports speeds. Failure to do so will cause video frames to be dropped. So the 100Mbps output from the camera must be matched to a 100Mbps network switch port speed. Now we have a problem, particularity with megapixel cameras and high packets (or video frames) transmitted per second.

What is the problem? I recently heard it best expressed as attempting to sip a thick milk shake through a straw. Transmission can be significantly slowed. Bandwidth is reduced, and the higher the camera bandwidth the more resistance. Image-wise, the picture will look fuzzy and out of focus.

There is another internal bandwidth consideration. It is called switch fabric or throughput. This is the buss that connects all the port switch ports. Again, this factor highlights the difference between switches designed for data and those that can handle video. The switch fabric bandwidth must be at least two times the sum of the highest total port bandwidth. The consideration here is the number of connected ports. In data applications not all ports are generally used; and, if they are, not at their highest bandwidth capacity. This is not case for IP Video. The result is video looks good until you connect a certain number of ports, and then things slow down. It’s similar to the number of cars on a highway as rush hour traffic builds. Eventually everything just stops.

It may surprise you that the items we discussed are not standardized for network switching. In many cases, they are even difficult to realize when reviewing a product’s specification. However, they can make a critical difference in the operation of your IP video security system. The Internet Of Things: What Does It Mean To Installers And Integrators? 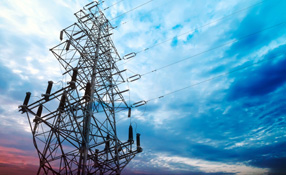