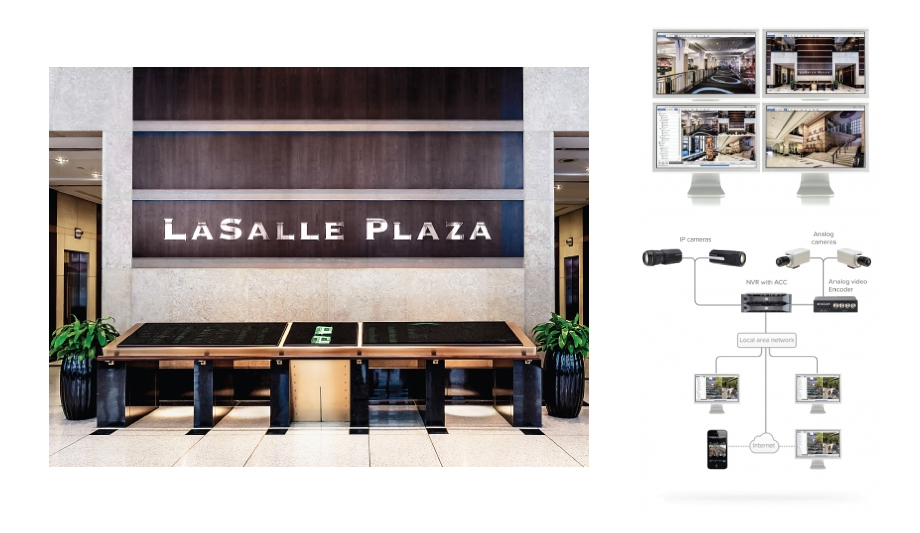 Built in 1991, LaSalle Plaza is a 30-story office tower in the heart of Minneapolis’ bustling theater district. A 600,000-square foot building that spans an entire city block, LaSalle Plaza is home to many businesses as well as retail locations and restaurants that cater to the city’s theater crowd. Connected by a seven-mile long skyway to an apartment building, the YMCA, a theater, and the Target head office, LaSalle Plaza accommodates more than 16,000 people every day; making patron safety and security a challenge.

Because the building’s aging analog surveillance system was unable to capture clear image detail, was difficult to use, and costly to maintain, LaSalle Plaza upgraded its entire system to the Avigilon high-definition surveillance system for its exceptional image clarity and advanced management features that improve investigations and response times to ultimately boost overall security.

Open until 3:00 a.m. for restaurant and theater-goers, and again at 6:00 a.m. to welcome the building’s workforce, LaSalle Plaza is not a typical office tower. “LaSalle Plaza presents unique challenges from a security perspective because of its hours, retail locations and Skyway; which attract a range of patrons and a lot of traffic,” explained Kelly Lentz, General Manager at LaSalle Plaza, part of the Zeller Realty Group. Monitoring the site with its 20-year-old surveillance system was also challenging because the image detail had deteriorated.

The building upgraded to a DVR-based system ten years ago, but sourcing replacement parts was becoming difficult. After receiving bids from three vendors, LaSalle Plaza chose to work with ECSI, a local provider of security system design, installation and support, who recommended the Avigilon high-definition surveillance system. The team delivered a solid presentation that was easy to follow and clearly demonstrated the Avigilon advantage. “ECSI even beat out our previous integrator—a major testament to their expertise and Avigilon’s performance,” added Lentz.

ECSI installed the Avigilon high-definition surveillance system on the building’s existing network without causing any disruptions to normal business operations and delivering reliable system support when needed. “We were also looking for strong vendor support after installation,” noted Lentz. “We’ve been very pleased with both ECSI and Avigilon.”

The Avigilon high-definition surveillance system is used to monitor individuals moving through the building to ensure their safety, so it must deliver irrefutable image clarity. “Video quality is the most important feature for us,” stated Lentz. Located in the downtown core, LaSalle Plaza attracts a transient crowd, particularly over the cold, winter months when individuals may be looking for a warm place to stay.

To ensure patron safety, security officers constantly monitor for trespassers and issue warnings or contact local law enforcement if necessary. “With Avigilon’s excellent image quality, we can easily identify intruders, watch them as they move through the building and involve the police if a problem arises,” explained Lentz. “The picture quality is so good that we know we will always be able to clearly identify an individual.”

Avigilon’s image clarity, combined with the system’s ease-of-use has had a huge impact on the building’s overall security. “Before, it was extremely time-consuming to search, find and identify usable footage,” noted Lentz. “All of our operators say finding footage is now a significantly faster process.” In addition, operators can view all cameras on fewer screens for a better overview and faster response. Previously, operators had to scroll through several screens to see all the cameras, slowing down the search and playback process. “Because our previous system was so deteriorated, our operators were amazed at the improvement in quality and manageability Avigilon delivers.”

With clearly identifiable images of known trespassers, security officers are better positioned to make faster and more accurate decisions that improve the safety of its tenants, patrons and passers-by. “We can share images between shifts and easily track individuals throughout the building to keep them moving and prevent any potential incidents,” claimed Lentz. “Our tenants appreciate that we are constantly upgrading our building—from IT to security, making sure it’s the most comfortable, effective and safe workplace possible.”

LaSalle Plaza has also realized some cost savings since deploying the new Avigilon system. “We were starting to incur costs to repair and replace our old DVR-based system, which we no longer have to worry about,” remarked Lentz. “The new Avigilon system is reliable and easy to manage and support, reducing maintenance requirements and costs.”

The building also uses the Avigilon high-definition surveillance system to investigate slip and fall claims which could lead to further cost savings. “With Avigilon cameras, we can clearly investigate a situation and more confidently defend against a false liability claim,” confirmed Lentz. “The more detailed information we can provide to the insurance company, the better off we are.”

According to Lentz, the real business benefit that Avigilon delivers is the ability to better move unwelcome people through the building to keep tenants safe. “With the best tools at their disposal, security officers can monitor our entire building much more effectively than before for a higher sense of security,” concluded Lentz. “When it comes time to renew leases, we don’t have to worry that our security efforts will come into question—our tenants simply cannot say that they feel unsafe.” 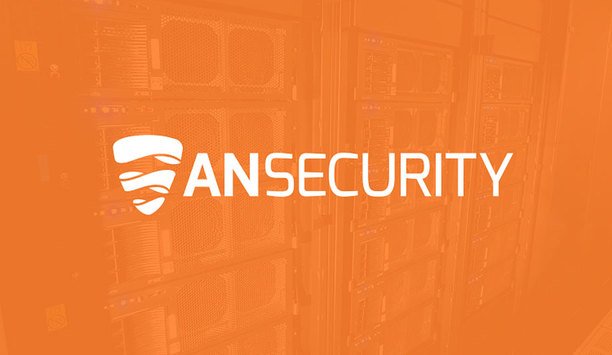 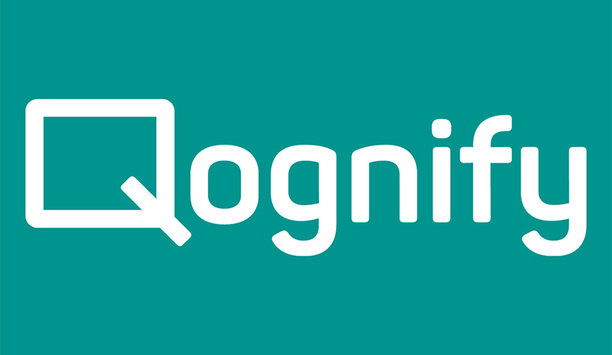 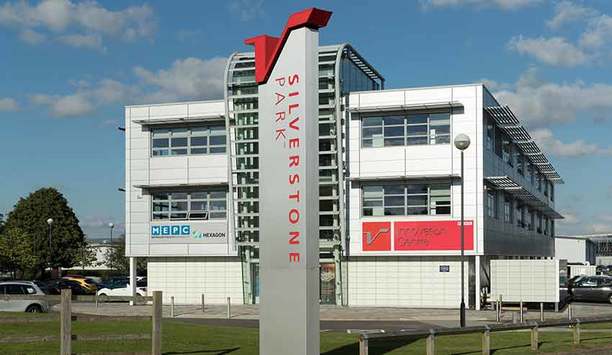