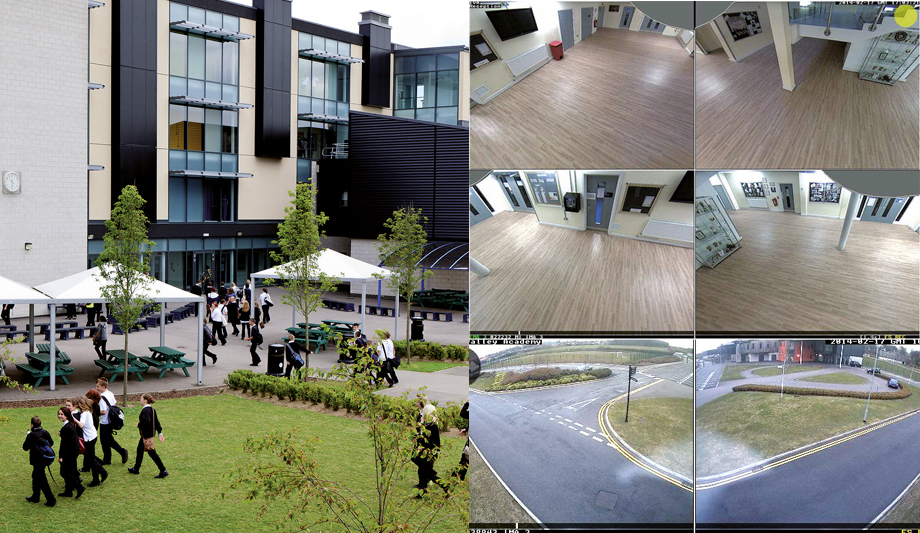 The Gainsborough Academy – previously known as Trent Valley Academy – opened in September of 2008 as a mainstream school created by the merger of two existing secondary schools and the creation of a brand new purpose built facility in Corringham Road, Gainsborough. The Academy has two areas of specialism – Performing Arts and Technology, both of which are exceptionally well-resourced.

The Academy’s facilities include its own purpose-built Theater, a TV and radio station, a suite of Apple Mac computers, and CADCAM design equipment facilities which are used for the benefit of all students and also to enable work with the local community. In 2009, The Gainsborough Academy opened its main four storeys, 15000 square meter building set at the heart of the 12 hectare site. The purpose built facility is attended by just over 1000 pupils, staff and guests each day and is a £35 million project.

Although a magnificent learning environment, when Andy Smith was appointed as Facilities Manager to the Academy in 2009, he felt that there were some clear deficiencies in the site security arrangements, especially around the prevention of anti-social behavior with the aim of protecting both pupils and staff.

The existing 6 Pan-Tilt-Zoom (PTZ) analog cameras offered poor quality images and covered very little of the active parts of the campus. The requirement to manually shift viewpoints also required a skilled and constantly alert operator which did not fit well within a school environment.

So Smith approached Proxis, a highly regarded security specialist that had successfully installed effective CCTV solutions at several leading schools including Minsthorpe Community College and Bingley Grammar School. Following a detailed risk assessment and site survey, it was decided that an initial 12 MOBOTIX cameras would provide base line security covering high traffic areas within the campus. The initial installation would also allow senior Academy managers to understand the capabilities of a megapixel and in some cases fully hemispheric camera with the ability to cover an entire room with just a single ceiling mounted, 360 degree “fish eye” lens.

MOBOTIX is the pioneer of a decentralized approach to CCTV which simplifies installation and operational considerations while improving overall security and reliability. In this decentralization architecture, all image processing, recording logic and decisions are made in the camera itself. This is in complete contrast to most other CCTV systems, where the camera typically has no real intelligence and relies on decision making and image processing taking place at 'the core' of the network via centralized software or DVR.

As the camera store video within the device and only needs to send video to a central repository at the discretion of the operator, building owners no longer require an expensive and complex monitoring station or dedicated wiring across the site. The installation proved an unobtrusive but effective method of monitoring a wider area with both video and sound to help create a safer environment. All video is accessible quickly using the MOBOTIX Control Center software from any authorized PC within the school, while footage is held securely indexed on fully redundant NAS servers for an extended period of time.

The initial pilot project was welcomed and quickly expanded to an additional 14 cameras to cover the inside of the school in corridors, lunchroom, locker and recreation areas. “The installation of MOBOTIX was a light bulb moment for many of the senior staff,” explains Smith, “Many hadn’t realized what can be achieved with a static camera and how few are needed to cover a large area.” “Members of staff dealing with disciplinary matters were highly impressed with the system and once a few incidents had occurred, which were successfully dealt with due to the evidence provided by the MOBOTIX system, word got out amongst the students and discipline improved greatly,” says Smith.

In total, 99% of the site is monitored by 47 discreet MOBOTIX CCTV systems which blend into the décor as devices similar to smoke detectors. In the last few years, the Academy has upgraded its external cameras to MOBOTIX giving it full visibility over parking lot areas down to the ability to recognize individual car registration numbers. Smith believes that the school which has few instances of bullying, vandalism or aggressive behavior is able to act far more effectively to any incident with the backing of high quality CCTV images.

Smith highlights the use of the Q24 hemispheric camera within the Academy, “For example, with these cameras installed in a locker area, we can ensure that there is nowhere any one can hide and it does prevent bullying. To look back at an incident, the user can then zoom in and navigate around the room seeing everything.”

The reliability of the MOBOTIX solution, which uses no moving parts, has meant the Academy has suffered no CCTV failures over the last four years. “The project has been a tremendous success for us,” says Smith, “While Proxis has delivered on time and to budget with their normal level of professionalism and expertise that has allowed us to do more with far fewer cameras than was ever thought possible,” Smith concludes.