Most surveillance systems today transmit data over IP networks. As manufacturers continue to improve the capabilities of CCTV systems, the amount of traffic traveling on a network becomes increasingly large. Bandwidth is a key consideration in managing surveillance systems and ensuring their full potential is reached. In this article, Bosch discusses the importance of bandwidth and how to estimate the amount of bandwidth needed for a particular CCTV system.

What is bandwidth and why is it important?

Modern-day CCTV systems increasingly use IP networks to send video from one point to another (for example, from a camera to a Video Management System typically running on a PC).

IP networks are an attractive medium for transporting video because one cable can carry the video from many cameras. These networks also serve a multi-functional purpose because the same cable can carry video as well as two-way audio, alarm signals, relay signals, PTZ commands, and serial data. With Power over Ethernet, the cable can even carry power to the camera. This greatly simplifies the multitude of cables usually required.

However, the network is limited by the amount of traffic it can carry - known as bandwidth, which is measured in bits per second (bps). The table below shows the three kinds of star-topology Ethernet networks in common use today.

Video over IP consumes a large amount of bandwidth. As a rough guide, one camera might consume between 100 kbps and 2 Mbps - compare this to audio, which typically consumes only 80 kbps. This explains the immediate success of Voice over IP. The factors that affect bandwidth consumption are described in the table below.

If you run out of bandwidth on your network, you will start to experience the following:

What is the relationship between bandwidth and disk storage?

They are directly related. If video is being transmitted at a certain bit-rate across a network to be stored, then it will consume disk space at exactly the same rate. For example, a 1 Mbps video stream will use 1 Mb (Megabit) of space in one second, or about 1/8 = 0.125 Megabytes per second, which equates to 0.125 x 3,600 = 450 Megabytes per hour (about 11 GB per day or 75 GB per week).

How do I know how much bandwidth I need?

This is an excellent question, particularly because it is unanswerable with any certainty. As explained earlier, it depends on so many factors that you can really only estimate your bandwidth and/or rate of disk-space consumption. This initial guess is based on your experience with previous projects and it is useful - but the best way to  predict your needs is to run the actual test.

For example, consider planning an IP-based CCTV system for a school. How much bandwidth will the network need to carry for approximately 16 cameras, and how much disk space is required for seven days of recording?

You can ‘cap' the bit rate of each IP camera or encoder so that it never uses more than that specified amount. Note that when capped, the actual bit-rate at any particular moment may be well below the ‘cap' limit.

Advantage: Once you know the available disk space, you are guaranteed to get a predictable number of days of video. This is especially important for regulated environments. It is also good news for IT departments who want to know how much you are going to stress the network.

Disadvantage: To not exceed the allowed bit rate, the IP camera or encoder has to do something if it finds itself over-stretched. Normally it has the option to either drop some of the frames or reduce the video resolution of the frames - but this can be an issue when the video quality you need has to be degraded under any circumstances.

You can let the IP camera or encoder help itself to whatever bandwidth it needs.

Disadvantage: Under certain conditions, the peak load on the IP network may cause problems. This "help yourself" policy also may allow disk space to be consumed faster than you anticipated, so you may not have as many days of video as you expected.

With conventional VCRs, it is easy to predict the amount of disk space required for a specified number of days of recording time. With DVRs and IP-based CCTV, it can also be easy to predict (by capping) - as long as you are comfortable with the possibility that the video quality may degrade under certain circumstances. If you overestimate your bit rates, you will end up paying for more storage than you need.

The best way to predict your real needs is to pilot a small IP surveillance system (perhaps just one camera). Run it for a short while, then review the video and make any necessary adjustments. This is the most reliable way to get what you need and plan your infrastructure accordingly.

In addition to better estimating, it is also important to remember the enormous value of Recording at the Edge, which keeps video off the network for recording. In such a scenario, the network is only used for live streaming and playback. 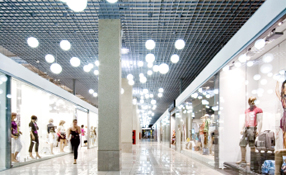 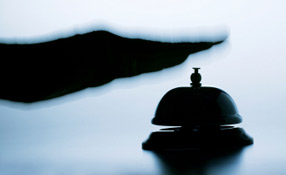 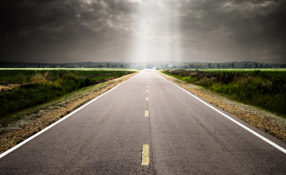 Security Management With The Convergence Of IP & Physical Security