The University of California, San Diego (UCSD) is a public research university in La Jolla, California, established in 1960. Offering 200 undergraduate and graduate degree programs and enrolling approximately 39,000 students, the university occupies 2,141 acres near the coast of the Pacific Ocean, with the main campus about 1,152 acres.

UCSD’s existing surveillance system manages about 1,000 channels of video, including a mix of IP cameras (75 percent) and legacy analog cameras (25 percent). These devices view university centers, provide campus overviews, and operate alongside 12 mass notification system towers. Cameras also view animal research facilities, which can be targets for protests. A robust video management system is integrated into the campus police dispatch center and two other video monitoring centers. Even with the extensive surveillance system, however, there were locations previously beyond the view of campus police, especially remote locations outside the reach of the campus network or existing power supplies. Campus police also wanted additional video views of special events, specifically the Sun God Festival, a 10-hour Spring concert event with 25,000 attendees held in and around an athletic field beyond the boundaries of traditional surveillance.

Gary Matthews, UCSD’s vice chancellor for resource management and planning, became interested in MicroPower Technologies’ wireless surveillance solution because of the environmental and sustainability advantages related to its use of solar power. The surveillance solution also doesn’t require trenching to provide power or network connectivity to a camera in a remote location, so installation doesn’t impact the environment. The self-contained solution uses solar power and connects wirelessly to a central video hub that ties into the network.

The UCSD Police Department evaluated the technology and decided to implement a trial installation to provide additional surveillance of the Sun God Festival in 2013. Layer3 Security Services was contracted to install three MicroPower Technologies solar, wireless cameras to capture views of the large open area where the festival is held. Surveillance would help to manage vehicle traffic and crowds. Specializing in network solutions to solve physical security problems, integrator firm Layer3 has a close relationship with MicroPower Technologies and had previously installed the system at several sites around San Diego.

The MicroPower Technologies cameras were installed on a single light pole to view various sections of the festival site. The system also included three separate solar panels (in addition to the solar panels that are part of the camera housing) and three wireless antennas to send signals to the system video hub located in line-of-sight and directly across the field in an annex building. Each element of the system was positioned to optimize views of the surrounding areas; the solar panels to maximize exposure to the sun; and the wireless antennas to provide optimal signal transmission. Layer3 mounted the elements for all three cameras on a large 18-in.-diameter light pole using metal bands and a substructure of galvanised pipe to support the various components (holes could not be drilled into the pole without weakening it.)

The cameras use existing lighting and automatically switch to low-light mode as necessary to continue providing clear views. “The cameras increase our ability to meet the needs of specific events,” said Roberto Meza, campus security services coordinator for UCSD police department. “We don’t have to bear the high cost of additional infrastructure to meet our tactical needs as a police department.”

Flexibility for Range of Uses on Campus

“The system provided us additional flexibility beyond the extra police awareness in the area,” adds Meza. “The Sun God event production managers and staff could also view the flow of pedestrian traffic, which enabled them to manage the event and adjust staff as needed.”

Installation was simple, says Dario Santana, President of Layer3 Security Services. “Within half a day, we had the cameras set up and sending video to the building across the field. The university successfully expanded its video coverage without having to dig out any sod or cut through asphalt or concrete.” He says the system’s low power usage avoids the need to install large auxiliary batteries.

The avoidance of extra trenches across long distances provides money savings and other benefits, too. “We have a lot of environmental issues that would prohibit us from trenching, whether historical locations or sites that are being preserved, or state-mandated areas we can’t disrupt,” says Meza. “We are an environmentally-conscious campus.” Because the cameras are redeployable, they can be easily reconfigured for a special event or if the traffic flow changes in a parking lot.

Based on the successful Sun God Festival, UCSD is looking to position MicroPower Technologies cameras at several additional locations, such as parking lots and athletic fields beyond view of existing cameras. There is a large open park space right next to the athletic field with a jogging track and obstacle course in natural surroundings. The cameras could capture any unauthorized activity after the facility is closed and help monitor the area for possible accidents or injury. Another proposed installation is a planned lifeguard storage area, where cameras could be used to view the main road to the beach and the perimeter of the new structure. The flexibility to move cameras easily also keeps costs low, while enabling the UCSD police department to provide video coverage of remote locations and future special events. 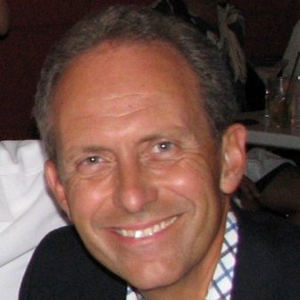