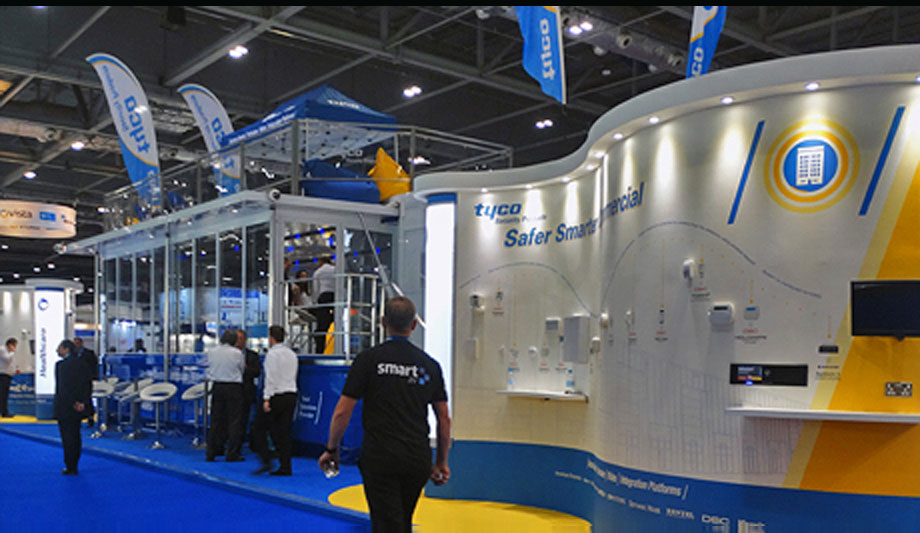 Foot traffic remained at respectable levels during Day Two of IFSEC International 2016 at ExCeL London. Attendees are bombarded with sensory overload as manufacturers look for new ways to stand out from the crowd. The result sometimes seems more like a lot of noise.

Everyone is looking for ways to stand out from the noise of competing product features and claims at the show. One exhibitor, Tyco Security Products, is taking a different approach at this year's show, abandoning traditional emphasis on individual products and opting instead to focus on customer solutions targeted to end users.

Peter Ainsworth, Tyco Security Products' Director of Marketing for Europe, Middle East and Africa (EMEA), says everything at the Tyco stand -- from the layout to collateral material -- is built around the need to answer "so-what" questions from customers.

"They want to know how we can save them money and make their lives better," says Ainsworth. A single brochure provides the "ultimate takeaway" for Tyco's visitors at this year's show; the "augmented reality" brochure has images that can be scanned with a smartphone to provide additional information, data sheets, etc. Tyco Security Products is also giving away a "magic cube" that can be configured as a cube showing Tyco's product lines, and then reconfigured into a multi-sided "star" shape that depicts various vertical market applications. There are "trigger points" on the cube that can be scanned using a smartphone app to provide additional information for potential customers, including videos.

The design of both the brochure and the cube emphasize the message that Tyco Security Products understands customers' businesses. "This is where we see our product fitting within your establishment," says Ainsworth. "We take them through the journey at our stand." The brochure depicts the same journey and "helps the end customer understand what we can do for them," he adds. "It's not about intrusion, access or video, but about the total solution."

"At a trade show like IFSEC, we are one of hundreds of stands," says Ainsworth. "We want something that people will remember us for. It's different and innovative, and reflects who we are as an organization."

In addition to getting customers' attention, some manufacturers have other agendas. Gathering feedback for product development is another way exhibitors can get the most out of IFSEC. For example, TDSi is previewing its new Gardis access control platform at IFSEC, including all-new, intuitive software that is easier to navigate, and a new hardware controller, both conformant to ONVIF Profiles A and C. Two years in development, the system will be easier to integrate with third party systems, using a REST-based application programming protocol (API). The new TDSi products are six months or so away from launch, and TDSi is using the IFSEC show to get feedback about changes customers might like to see as the software is fine-tuned; then it will undergo extensive field trials in the next several months.

Getting feedback from potential customers is an invaluable tool for TDSi's development engineers, and IFSEC is an ideal venue to provide the feedback. "We can do an awful lot in three days that would take us weeks driving around in a car or flying around," says John Davies, TDSi's Managing Director. "It's a cost-effective way to achieve the same thing. Also, every year at the show we dig up a couple of projects that pay for the stand. This year we met with a customer that has 900 sites. We're in the early stages of talking with them about the new platform."

IFSEC 2016 provides a first look at the new TDSi technology, which Davies says the company will introduce to the U.S. market by 2017, likely as a hardware component of an OEM partner's access control system. The open, ONVIF-conformant strategy makes it possible. TDSi has not been active in the U.S. market for 10 years or more; developing the open-architecture product is a favorable alternative to entering the large market with an older, "me too" product, says Davies.

A lot of buzz has surrounded Seos since it came on the market in September 2014, and currently there are several hundred mobile access systems installed worldwide, including hundreds of thousands of mobile identities in use in Western Europe and the United States. There have been several notable installations in the United States, especially among colleges and universities. HID Global is currently in the process of building out a "global wallet" in cooperation with chip manufacturer NXP, which is preloading its computer chips with Seos, usable for many applications beyond physical access control.

At IFSEC, HID Global announced it has been selected by Vodafone Italy to modernize the company's physical access control system by providing a group of employees a mobile access solution across multiple sites and applications at the Vodafone Village in Milan. 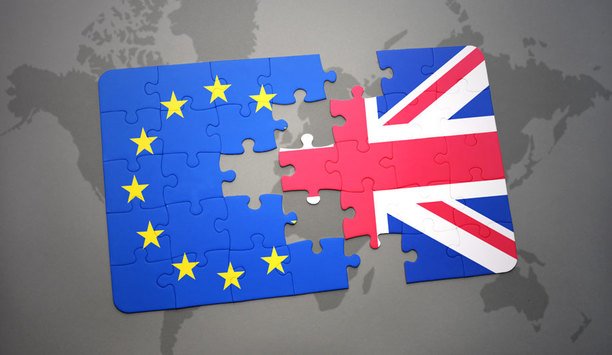