Technology is front and center at a beautiful new City Hall in the Northwest U.S., where community members will find local government offices, city council chambers and the department of economic development. The building’s tightly integrated electrical, lighting, fire protection, telecommunications and security solutions is the work of Coffman Engineers. Ben Helms was project manager responsible for specifying Vicon’s Valerus VMS and VAX Access Control security solutions into the facility and credits Vicon’s A&E tools and support services with helping him to get the job done right.

Ben says that his firm has a long history with Vicon through Vicon’s dedicated A&E outreach programs. In the past, he has attended Vicon’s annual A&E Summit, a 2 ½ day educational event filled with seminars and interactive learning for the specifying community on topics related to surveillance technologies and solutions. It was at one of these seminars that he was first shown a beta version of Valerus, Vicon’s new VMS that was still under development. “I thought it was really cool,” he says. “It’s a big jump to go to an all browser-based system and adds a lot of advantages over a hard system.”

As for the VAX Access Control solution, Ben appreciated the over-the-door controllers, which he says, from his standpoint, “made the system a lot less work to design.” He says that “Normally, controllers are all lined up in an IT room and you have masses of wiring going out to the doors, so you have to worry about voltage drop and a lot of other factors. With the VAX controller, you just put it out there, connect it to a PoE drop, and you’re done.”

VAX-Valerus Integration With the built-in integration between Valerus and VAX, it just made sense to go that way"

When Ben began work on the brand-new City Hall, which required a unified access control and VMS solution, he saw a perfect match. “With the built-in integration between Valerus and VAX, it just made sense to go that way.”

Steve Helms, Ben’s father and the Principal in Charge of the project, had also attended Vicon’s A&E Summits in the past and had seen what Valerus and VAX could do. He agreed with Ben’s recommendation.

For putting together specifications for the security portion of the City Hall project, Ben relied on ARCAT SpecWizard, a free online tool that automates the spec building process. Vicon is one of only a few VMS manufacturers who have invested in providing this resource to the A&E community. SpecWizard is particularly helpful for solutions that include a wide range of components and require a degree of customization for each project. Ben says that he found SpecWizard really easy to use. “I just went in and checked the boxes for the cameras, servers and software that I wanted, and downloaded the completed spec in Word format. All I had to do was edit it a bit to cut out a few things I didn’t need. It made it really simple to grab all the parts and pieces and make sure that everything was covered.”

The entire City Hall project was built in AutoDesk REVIT software for BIM (building information modeling), allowing the architecture and engineering teams to collaboratively model the building’s components and simulate its systems and structures. Ben was able to access REVIT models of all of Vicon’s camera models, available through the AutoCAD360 library, drag them into the project and pop them right into place. “This part of the project was really fun,” say Ben. The models clearly showed the mechanicals for the cameras as well as their field of view. When presenting the drawings to the clients, it was easy to explain what could be seen from each camera and how they would all work together as a system to provide coverage of all critical areas.

The City Hall project used several different camera models, with resolutions ranging from 2MP to 12MP. High megapixel cameras generate a tremendous amount of data and calculating bandwidth and storage requirements are complicated by factors such as frame rates, video quality, lighting, the types of images being recorded, and use of settings like motion activated recording. To guide him through this evaluation process, Ben says he relied on Vicon’s free calculator tools, which simplified the challenge of determining the system’s server and storage needs.

While Ben greatly appreciated the many tools that Vicon offers to make his job easier, he says that the biggest reason he would absolutely use VAX and Valerus again is the support he received from the Vicon team. “I have a local Vicon rep here I can call, and I know their entire technical team is always available to help me if I have any sort of issue.”

Ben says that it’s also very important to specify solutions that deliver value to his clients. It’s nice to be able to say to them, “Here’s a system that is not going to cost you a ton to install, you can have unlimited user groups, unlimited users, the video and access control will completely integrate with each other, it has all these features included that a lot of systems charge extra for, and the licensing cost is pretty low. From a consulting and specifying standpoint, it checks a lot of the boxes that we really like.” 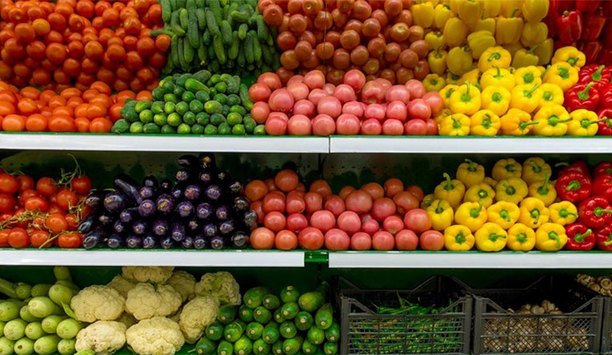