Qognify, formerly NICE Security, recently announced the introduction of Object Origin, a video monitoring and analytics tool that can analyze hours of recorded surveillance video within seconds to detect the first appearance of suspicious objects or vehicles. Intuitive and simple to use, the solution will be showcased at ASIS 2015, the leading security industry trade show.

Qognify Object Origin provides security command centers with greater understanding of the risks with which they contend on a daily basis, as well as enhances safety, and prevents costly service delays. With one click, a video replay can reveal the moment an unattended bag was left behind or a suspicious vehicle was parked. This allows security personnel to zero in on the individuals responsible and better assess their intent. By accurately distinguishing potential threats from false alarms, Object Origin can prevent prohibitively expensive evacuations, business continuity disruptions, and facility shutdowns. It also significantly reduces the amount of time needed to identify the first time an object appears or was abandoned by its owner - a task previously conducted manually by a human operator.

"Time, accuracy, and thoroughness are of the essence in critical situations, and Object Origin is yet another innovative application that provides our customers with unprecedented operational intelligence, enhancing security and safety," said Moti Shabtai, President of Qognify. "It has broad applications and will be especially valuable to security authorities responsible for transportation hubs, municipalities, tourist sites, and high-traffic commercial areas. Qognify's Object Origin will make a real difference, both in terms of public safety and business continuity."

In conjunction with Qognify Suspect Search, Object Origin can significantly expedite the search for a person of interest. Once Object Origin has identified the individuals who had the object in their possession, Suspect Search can use that captured image to reveal that person's last known location or current whereabouts. Security personnel can then be immediately dispatched to track down or intercept the suspect, eliminating the time otherwise necessary for a boots-on-the-ground search of the entire premises. 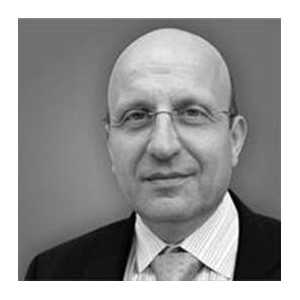