One of the oldest cities in the world dating back to 782 BC, Yerevan, the capital of the Republic of Armenia, is the country’s political and economic hub. With more than a million residents and attracting tourists from around the world, Yerevan is compact and crowded, with an intense cultural life that draws a lot of traffic. Like all municipalities, Yerevan is vulnerable to threats driven by overcrowding, criminal activity, and natural disasters. To improve the safety of its citizens and visitors, the city has launched a “Safe City” initiative to reduce and prevent crime, and enhance the quality of life in the city. At the heart of its Safe City initiative is the Avigilon high-definition surveillance system, currently deployed in the city’s roads and parking lots with plans to cover the entire city to better protect its people, property, and assets.

The First Step Towards Safe City

As a first step in Yeravan’s Safe City Project, the municipality engaged Parking City Service, a local provider of surveillance system design, installation, and support, to manage the surveillance system deployment at the city’s parking lots and to monitor traffic in the crowded downtown core. “We believe that customers of the new paid parking system should receive good value for their money – ensuring the safety of vehicles is absolutely critical,” said Vazgen Harutyunyan, director at Parking City Service. “We looked at solutions from all the major players and selected the Avigilon high-definition surveillance system for its exceptional image quality that captures the smallest details, advanced search and playback functionality, and ease-of-use.”

Parking City Service installed the Avigilon high-definition surveillance system in no time, with excellent support from the Avigilon team. “We had no issues with installation and set-up, and Avigilon answers any questions we had promptly and accurately,” confirmed Harutyunyan.

The Avigilon high-definition surveillance system is used primarily to manage the city’s new paid parking system and regulate what has been a disorderly situation for years. “We leverage the image quality of the Avigilon HD cameras to capture the license plates of vehicles parked in our lots and if payment is not made, a ticket is issued,” explained Harutyunyan. Operators review archived footage to identify vehicles that have not paid, creating a five-minute video clip that is attached to the ticket. “We create between 500 to 600 video clips each day, which we are able to do efficiently using the advanced search and playback features of the Avigilon Control Center software,” noted Harutyunyan. The Avigilon high-definition surveillance system ensures patron safety and parking availability, and also helps generate revenue for the city that can be used to further improve traffic flow in the downtown core.

Searching through large amounts of footage can be time consuming work, but operators can dramatically reduce the time required using the advanced functionality of the ACC software. Operators can digitally zoom in on image details from single or multiple cameras to capture necessary data and have full control over forward and reverse playback with drag and zoom capabilities for faster search times. “Avigilon Control Center is extremely user-friendly and intuitive, so we can quickly search through multiple cameras for fast results – in fact, we can complete all our reports in just a half an hour, even when multiple cameras are involved,” stated Harutyunyan.

The city also leverages the Avigilon high-definition surveillance system for public safety purposes, reviewing footage of theft, vandalism, crime, and accidents in surrounding areas for investigative purposes. Feedback from local law enforcement and municipal agencies has been positive. “We can quickly and easily export video to help police in their forensic work,” explained Harutyunyan. “In one case, in which a man entered a building with a rifle, we were able to immediately provide footage which led to his arrest within hours.” Surveillance video is also shared with the city to assess traffic flow or analyze other urban planning concerns. “By collaborating with the city, we can help improve traffic flow, reduce crime and congestion, and enhance the overall quality of life in Yerevan.”

Another key selling feature of the Avigilon high-definition surveillance system is its exceptional image quality – both day and night. The Avigilon HD Bullet cameras are equipped with built-in adaptive infrared (IR) illumination to increase in-the-dark visibility without using a visible light source, important for operators to effectively capture minute details, such as license plate numbers, at any time of the day or night. “I also really like the fact that the Avigilon HD cameras come with an integrated lens for remote focus and zoom control,” said Harutyunyan. “I can easily change a camera’s focus from 3 mm to 9 mm or 22 mm for even greater clarity.”

Scalability was another important requirement, especially given the city’s plans to expand the surveillance system right across the municipality. “With the Avigilon surveillance system, we will have no blind zones in the city center, with cameras installed on posts every 30 to 40 meters,” described Harutyunyan. “The Avigilon system will easily grow with us as we work towards 100 percent coverage of the entire city within the next few years.”

The parking lot surveillance solution is just the first step in Yerevan’s Safe City Initiative to enhance public safety and protect critical infrastructure, property, and assets. With broader access to surveillance footage, city officials can respond to events faster and more accurately than before to reduce crime and manage crisis situations in real-time – on every street corner. “Our final goal is to create a safer city for residents and visitors alike,” concluded Harutyunyan. “With easier and more timely access to high-quality surveillance footage through the Avigilon high-definition surveillance system, we can easily achieve greater situational awareness for better overall protection.” 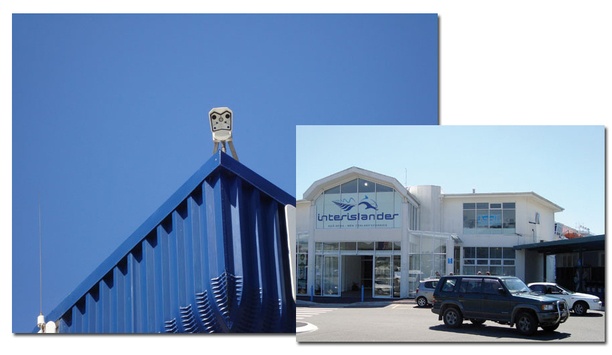