Spread of the Ebola virus beyond Western Africa has heightened concerns among healthcare professionals and the general public. In practical terms, healthcare facilities – including their security departments – are preparing to deal with whatever happens next as concerns about the disease continue. Even areas that are not a “hot zone” for Ebola virus exposure may face additional challenges, given uncertainty about the spread of the disease and a possible influx into hospitals of “worried well” patients who seek treatment but may not have actually been exposed.

Fortunately, hospitals and their security departments are generally well equipped to respond to most emergency situations, says John M. White, president/CEO of Protection Management, a consultant who works with hospitals to address their security needs. However, hospitals are currently re-examining their plans to ensure they are prepared to meet the challenges specific to Ebola.

“Hospitals are prepared for most things, but Ebola seems to have caught the whole world off guard, so people are responding in different ways,” says White, who previously was security director of two multi-campus medical facilities before becoming a consultant. “Hospitals are making adjustments [to their emergency programs] to determine how best to handle Ebola patients and to protect other patients and staff. It’s a new threat that healthcare organizations have not specifically addressed. It’s becoming a hot topic, and security people are talking about it.” A particular concern is the possibility of an infected person walking into an emergency room and infecting other people and/or requiring facility decontamination.

One role the hospital security department plays in such an emergency is to control access to the facility and to control visitors’ movements once they are inside the facility, says White. If the Ebola scare were to progress to the point that a hospital would need to screen patients, security would be positioned at the front entrance to help with that screening and, if necessary, to direct patients to a specific area for quarantine.

Security might also need to wear protective equipment to handle a patient who is resistant to treatment, for example. There are often interactions between security personnel and the general public, a scenario that becomes more complicated if Ebola infection is likely. In general, security would be tasked with maintaining order and keeping people where they need to be, freeing up the medical professionals to do their jobs more efficiently, says White. To prepare for the impact of the Ebola scare, hospitals are currently addressing various training and equipment needs, adjusting their disaster/emergency response plans. Even smaller hospitals that do not have security personnel have other facility personnel who are trained to serve security roles in an emergency, White adds.

Recent news reports are heightening public concerns about the spread of Ebola, and Twitter feeds indicate that interest is shifting from general information about the disease to more urgent concerns about “getting Ebola.” The U.S. Centers for Disease Control and Prevention (CDC) has issued warnings to avoid nonessential travel to three West African nations – Liberia, Guinea and Sierra Leone – to minimize potential spread of Ebola. A CDC Level 2 Travel Alert has also been issued for Nigeria, recommending enhanced precautions.

Exit screenings have been used for months at airports in the affected countries. More recently, airport screening are being implemented at five hub airports in the United States – JFK Airport in New York and airports in Atlanta; Chicago; Newark, N.J.; and Dulles, Va. (near Washington DC). Screenings at the hub airports are expected to cover 94 percent of the U.S.-bound travelers coming from the African countries hardest hit by the Ebola virus. More Ebola cases are being reported in the United States, including one infected healthcare worker who flew on an airplane from Dallas, Texas, to Cleveland, Ohio. In the UK, Gatwick, Heathrow and Eurostar will begin screening some passengers who have traveled from infected countries.

There is an urgent need to ensure proper training of security officers in the wake of the Ebola scare, whether the officers are at an airport, a hospital, a hotel, a shopping mall, or wherever, says White. “The disease cannot be easily identified and diagnosed,” he says. “Everyone should be looking seriously at who is on the front lines, how they will respond and what they will do. They’re missing an opportunity if they are not trying to learn and teach and get ready for it, not wait until after it comes to your doorstep.”

What's Next For Vicon? We Asked The New CEO 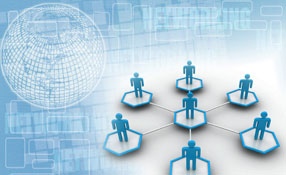 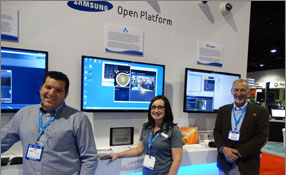 Innovations At ASIS 2014 Leverage Camera Intelligence At The Edge