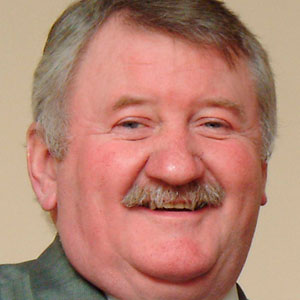 Malcolm played an integral role in developing the brand’s Vantage Partner program A distribution manager is retiring from his role at ASSA, part of Security Solutions, a division of ASSA ABLOY UK, after 28 years with the company. Malcolm's Role In ASSA Malcolm Dolloway joined ASSA in 1987 when he was asked to produce market research about the locksmith industry and has since held a number of roles at the company. Malcolm played an integral role in developing the brand’s Vantage Partner program, which now equates for around 40% of ASSA’s turnover. This distribution program enabled ASSA to consolidate its offering for both locksmiths and architectural ironmongers and to reward its customers’ loyalty. His career highlights include his time as a product manager, where he played a part in the development of the Compact range, which offers a variety of small British lockcases. The feedback Malcolm received from his customers revealed that there was a demand for high quality, price competitive 5 pin cylinders with restrictive keys. Consequently, Malcolm’s relationships were integral to the creation of ASSA’s 5 pin cylinders, including the Flexcore range. Development Of ASSA’s Electronic Security Products Working with ASSA’s Swedish team, Malcolm also helped to develop ASSA’s electronic security products and brought them to the UK market, including code locks and Solicard. Malcolm Dolloway, said: “I have greatly enjoyed my time working for ASSA, the products have always been well received, due to the time and energy the team spends developing high quality solutions. “I would like to thank the company and the Vantage Partner network who have supported the ASSA brand and I really appreciate the kind words and goodbyes that I have received. “I’m looking forward to hanging up my briefcase after many happy years and spending some more time in my holiday home in Wales and I’m sure my six grandchildren will keep me busy.” Managing Director, Security Solutions Comments Eryl Jones, Managing Director at Security Solutions, said: “From retail manager to sales manager, Malcolm has brought his professionalism to a number roles throughout the years and he will be greatly missed. Although ASSA will continue to benefit from the solutions that are now in place thanks to Malcolm’s hard work.”