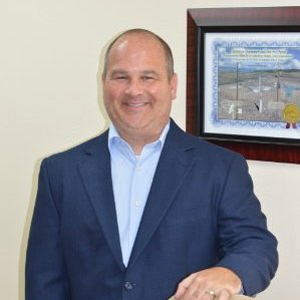 ARES provides advanced analytics for detecting suspicious vehicle movements for better perimeter protection Introduction Visitors to Tampa, Florida’s MacDill Air Force Base the weekend of March 19th and 20th were treated to displays of some of the most sophisticated aircraft in use by the United States Armed Forces as well as the most daring stunt flying they are likely to see in their lifetimes as the base’s annual AirFest air show returned for the first time since 2014. What attendees may not have noticed was the advanced security technology helping to keep them safe during the show’s two-day run. PlateSmart ARES ALPR Video Analytics At AirFest 2016, the cornerstone of MacDill’s security was the cutting edge in Automatic License Plate Recognition (ALPR) technology, courtesy of Oldsmar’s PlateSmart® Technologies. PlateSmart worked in partnership with Sentry View Systems of Melbourne, Florida. PlateSmart provided its ARES ALPR-based video analytics solution for use at AirFest. It was connected to numerous cameras that were positioned in strategic locations on the base. Many were previously installed on utility poles, and others were mounted on specialized trailers from Sentry View Systems. The entire deployment was accomplished in a few hours. When activated, ARES enabled the cameras to function as license plate reader cameras in addition to their usual monitoring function. License plate numbers and state jurisdictions from all vehicles that passed through the cameras’ views were compared to law enforcement databases to check for possible wanted persons. Capabilities Of ARES Advanced Analytics A multiple award-winner for excellence in security technologies, the ARES solution has broken new ground in ALPR-based video analytics technology. Because it is capable of processing video images in full color, unlike older solutions that are restricted to black-and-white images due to their dependence on infrared light, ARES can extract far more data from video than the competition. In addition to reading the license plate number, ARES can recognize state jurisdiction, vehicle make, color, and type, data which can help determine whether a license plate has been stolen. It can also distinguish between commercial and non-commercial vehicles. Furthermore, ARES provides advanced analytics for detecting suspicious vehicle movements and other behaviors for better perimeter protection. According to Jason Jones, Director of Business Development for Sentry View, the system produced hits almost immediately. “We got a lot of alerts – about 75 before 11:00 on Saturday,” he said. This allowed base security to conduct further analysis on the alerts to determine if a potential threat existed in a timely manner. PlateSmart’s Second Appearance At AirFest This is PlateSmart’s second appearance at AirFest. In 2014, the company’s technology was installed in a civilian police vehicle positioned inside the base’s entry gate with only two cameras. That time, the system scanned over 11,000 license plates in total, 199 of which returned alerts. This year, PlateSmart worked directly with base security personnel for the larger deployment. Although the company is not at liberty to disclose the total number of plates scanned or alerts returned, the technology proved itself at least as effective if not more so at this year’s AirFest. PlateSmart CEO John Chigos commented, “We’re always proud to have our solutions deployed for events like this. We feel it is vitally important to support the men and women tasked with keeping us safe. ARES is a powerful tool not only for public safety, but also for enhanced force protection of our troops and government personnel. At the end of the day, saving lives is what it’s all about. That’s why we’re here.”