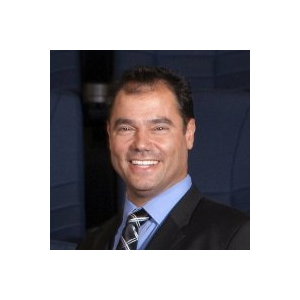 Christie will showcase Phoenix Quad-T encoder, Entero HB display cubes and Velvet Merit LED tiles and LCD flat panels Christie®, a leader in creating and delivering the world’s best visual and audio experiences, will be displaying the latest video wall solutions for the physical security industry at ISC West 2016 in Las Vegas, Nevada. Christie will feature solutions including the Christie Phoenix® system and Phoenix Quad-T encoder; a side-by-side comparison of Entero® HB 70-inch HD front access display cubes and Christie Velvet™ Merit Series 1.5mm LED tiles; and both 98-inch and 55-inch LCD flat panels. Designed For 24/7 Critical Viewing Operations “Christie offers unparalleled video wall solutions for the security industry,” says Dave Muscat, senior director, Americas, technical sales and solutions, Christie. “From our LCD flat panel displays, LED cubes and direct view LED tiles to our Phoenix processing systems including our recently introduced Phoenix Quad-T 4K input node, our products are designed for 24/7 critical viewing operations and backed by industry-leading service and support.” Secure Content Management With Christie Phoenix And Phoenix Quad-T Managing video, audio, and data on all of the displays in the Christie booth is the Christie Phoenix system and the Christie Phoenix Quad-T. The Phoenix Quad-T encoder can be installed anywhere on a network to seamlessly expand a Phoenix system, allowing the system to acquire four high-quality, 4K/UHD video, audio and control signals over IP networks. The Christie Phoenix and Phoenix Quad-T offer users simultaneous and secure control of audiovisual data from virtually anywhere. The Quad-T will be part of the Security Industry Association New Product Showcase at ISC West. Display Solutions For Every Budget Christie will showcase a range of display solutions at the booth, including a side-by-side demonstration of a 1x2 configuration of Entero HB 70-inch HD front access LED cubes and a 3x3 configuration of Christie Velvet Merit Series 1.5mm LED tiles. Both Merit Series 1.5mm tiles and Entero HB 70-inch cubes are designed for 24/7 critical viewing applications including control room video walls. Merit Series 1.5mm tiles are configurable into almost any size and shape, and offer the highest image quality with premium performance in a solid-state and energy efficient slim design. Comparatively, Entero HB 70-inch cubes are front-serviceable, offer brightness up to 1350 lumens and optional Wi-Fi connectivity. Christie FHD552-X LCD Plug-And-Play Panel Also on display will be Christie’s 98-inch 55-inch flat panels. The FHQ981-L 98-inch award-winning UHD plug-and-play panel offers 24/7 performance with exceptional image quality and contrast. The Christie FHD552-X 55-inch LCD panel will be displayed in a 2x2 array, and is ideal for tiled video walls in control room environments. The ultra-narrow bezel and high-pixel density offer industry-leading image quality with a low cost of ownership, and can be installed in either portrait or landscape orientation.

Phoenix’s seamless integration allows the port incident command room to be used across multiple domains Christie®, a world leader in visual display and audio technologies, has expanded its reach to Port Fourchon, a major seaport on the Louisiana coast. Port Fourchon has recently completed construction of a new multi-agency Emergency Operations Center (EOC), including a 30-seat incident command room utilising the Christie Phoenix® open content management system to seamlessly display all of its integrated security systems in one visual operating space as the centerpiece of its emergency response activities. With Christie Phoenix displaying the port’s Maritime Domain Awareness System during real or simulated training incidents, Port Fourchon personnel, industry clients, and emergency management officials can now collaborate and share information, as well as view a common operating stream for greater situational awareness and enhanced incident response and decision making capabilities. Additional Phoenix nodes can be added to address the expanding technology requirements of the port, which is currently in the next phase of expansion that will more than double the port's size to meet the needs of the growing industry it serves. State-of-the-art command center, now integrated through Christie Phoenix Port Fourchon is located on the southern tip of Lafourche Parish, Louisiana, on the Gulf of Mexico. It services over 90 percent of the domestic deep-water oil and gas exploration, drilling and production activities in the Gulf of Mexico. Comprised of seaport and airport services, it also leases land and facilities to tenants in the oil and gas industry. Its EOC features a wide range of new generation and legacy technologies that include a 4 x 2 video display and two 70-inch annotation displays in separate breakout rooms, with the EOC utilising Christie Phoenix to display the port’s award-winning maritime domain awareness system GLPC-C4 (Greater Lafourche Port Commission Command, Control, Communication and Collaboration), surveillance cameras, a radar solution, an Automatic Identification System (AIS), and other associated technologies. According to Port Fourchon, the key concerns during the design of the EOC was to provide a physical space where key personnel and officials could collaboratively and securely view all of the streams of data available through GLPC-C4 system in order to view incidents, collaborate, share in information and make decisions -all in real time. Christie Phoenix proved to be up to the challenge of meeting those concerns and is a critical part of Port Fourchon’s technology ecosystem. Among its functions, the Phoenix can take data on the video wall and throw it onto one of the annotation displays, allowing the Coast Guard to break out and discuss a certain situation and devise a plan to present to a larger group. The Phoenix can also move programs around the screen with ease, having particular items pop up within seconds and simultaneously display multiple applications at-a-glance, without the need to go in and out of applications or for closing and reopening streams. “Christie Phoenix was the ideal content management tool for Port Fourchon’s hi-tech requirements,” said April Danos, Port Fourchon’s Director of Information Technology. “We looked at many other solutions, but nothing else compared in usability, ease of network integration and cost. Another factor was its scalability. We can add more Phoenix units later to handle more video feeds, and the nodes will continue to seamlessly act as one unit. Other companies who saw the Christie Phoenix in action agreed that our system represents an ideal convergence of efficiency, reliability, and scalability.” “Christie Phoenix was the ideal content management tool for Port Fourchon’s hi-tech requirements. We can add more Phoenix units later to handle more video feeds, and the nodes will continue to seamlessly act as one unit” Danos noted that, in an emergency, the incident command center must be able to quickly connect with industry and government stakeholders, including the U.S. Coast Guard, Department of Homeland Security, Louisiana Governor’s Office of Homeland Security and Emergency Preparedness, as well as local governments, such as the Lafourche Parish Government and Lafourche Parish Sheriff’s Office to allow for swift reaction times and collaborative decision making. The command center is also utilised for training purposes in the use of camera systems, software applications and large scale security drills. All of these functions have been made more convenient and accessible with the installation of Christie Phoenix. “Any technology that can help us react as swiftly as possible and collaborate easily is essential to our operation,” she said. Lloyd Francioni, managing partner at Interstate Electronic Systems(IES), the New Orleans-based audiovisual systems integrator, who designed and installed the video wall, stated, “It was important to take Port Fourchon’s monitoring and surveillance to the next level and there was no doubt that the Christie Phoenix system would take them there. The solution provided value and performance and in terms of design, I think it’s ahead of many similar products on the market.” Dave Muscat, senior director, Americas Region, Visualisation, Simulation and Control Rooms at Christie, observed, “Port Fourchon is an impressive government operation, responsible for overseeing a significant number of activities throughout the Gulf of Mexico, all of which depend upon a rapid response to crises of all kinds and at all levels of importance. With our increasing presence in the surveillance and security market, this partnership provides another opportunity for the Christie Phoenix to shine.” Port Fourchon comprises 1200 developed acres that house state-of-the-art service facilities which include 90 percent of deep-water oil and gas exploration, drilling and production activities in the Gulf of Mexico, and the Louisiana Offshore Oil Port (LOOP). Combined these facilities produce one in every five barrels of oil in the United States.