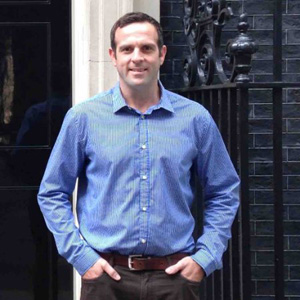 Ciaran Barry is Senior Security Consultant and Global Operations Manager at Linx International Ltd. He conducts risk assessments, security surveys, crisis management and investigations for a variety of clients within all sectors of the industry. Ciaran is a qualified trainer, delivering both bespoke and regular ARC training courses. Ciaran's role also includes business development throughout the Group; including being responsible for Tavcom's Resettlement program. This is a recruitment program aimed a assisting Service personnel leaving the Forces; providing them with training and assisting with finding employment within the Security Industry. 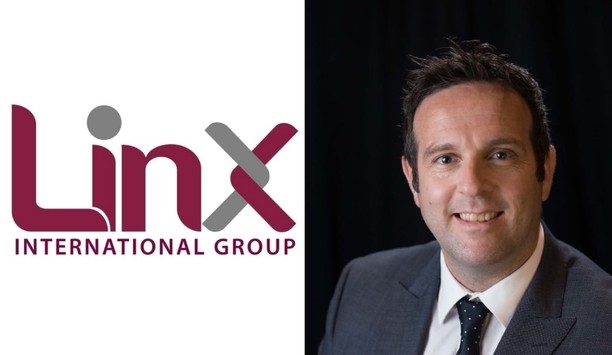 Linx International Group, a pioneer in the provision of security, risk management, consultancy and training services, announced that its Director of Group Operations, Ciaran Barry CSyP, has been admitted to the Register of Chartered Security Professionals, which is recognized as the gold standard of competence in security. The Register of Chartered Security Professionals was established under a Royal Charter issued to the Worshipful Company of Security Professionals in the UK and was launched in 2011. Being admitted to the Register and becoming a CSyP is a means of being recognized and continuing to represent the highest standards and ongoing proficiency. Third member to receive CSyP Post nominal Before joining the Linx International Group in 2015, Ciaran spent nine years in the British Army and worked at Hertfordshire Police Constabulary for over eight years as a detective. He holds a Diploma in Security Management (with Distinction), the ASIS Certified Protection Professional qualification (CPP) and is actively involved within both the Security Institute and ASIS International. Ciaran Barry is the latest member of the Linx International Group to receive the CSyP post nominalCiaran Barry is the latest member of the Linx International Group to receive the CSyP post nominal, joining Managing Director David Gill CSyP (a member of the Chartered Security Professionals Registration Authority), and Group Director Angus Darroch-Warren CSyP, on the prestigious Register. Each of the 142 security practitioners on the Register have proven themselves in the disciplines of: Security Knowledge, Practical Application, Communication, Leadership and Personal Commitment. They also commit to a code of conduct and a professional disciplinary code, as well as continuous professional development. Elite group of security professionals “Being admitted to the Register of Chartered Security Professionals is a great honor and privilege. It is an achievement I am extremely proud of and I would like to thank all those who have supported, trained and mentored me throughout my career,” comments Ciaran. He adds: “The Register is an elite group of highly respected security professionals, all of whom share the ethos to inspire and support others to attain and sustain the very highest standards and proficiency, and these are values that are important to me professionally and personally.” 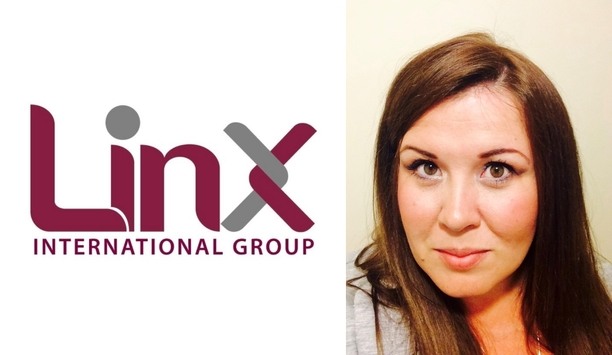 Linx International Group, the global provider of security, risk management, consultancy and training services, has announced the promotion of Sarah Hayward-Turton to the role of Director of Sales and Marketing for the group that includes Tavcom Training, PerpetuityARC Training and Linx Consultancy.  Joining the Linx International Group in 2014 as a Client Relationship Manager, Sarah was leading the sales team within two years and now takes the lead as Director of Sales and Marketing. Sarah’s dedication to the security industry sees her taking an active role in supporting the work of ASIS UK Young Professionals, an initiative that supports security professionals under the age of 40 and with less than five years’ experience in the industry. She has also successfully completed PerpetuityARC’s Security Coordination & Management (BTEC Level 4). Expanding Global Presence For Training Through our training businesses, we are dedicated to nurturing and developing talent in the security industry"Sarah comments: “This year, not only are we continuing to develop highly relevant courses and pioneering how they are delivered in the classroom and through e-learning, but also expanding our global presence for training and consultancy.” Director of Group Operations at Linx International Group, Ciaran Barry, states: “Through our training businesses, we are dedicated to nurturing and developing talent in the security industry and Sarah’s career trajectory at the Linx International Group is a great example of practising what we preach.” Security professionals interested in developing their careers through world-class training courses are invited to attend The Security Event 2019 and the Linx International Group Education Theatre. Taking place from 9th – 11th April, the free-to-attend theater will deliver a three-day program, offering practical training tips and guidance for security installers and integrators. 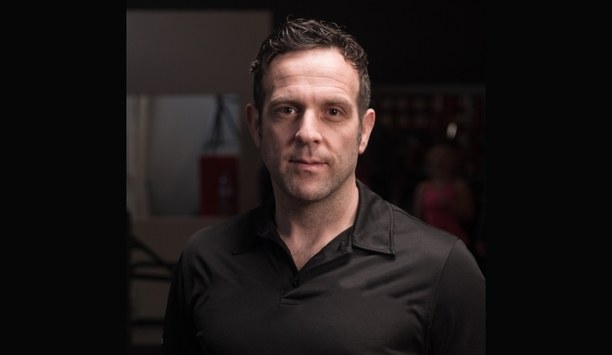 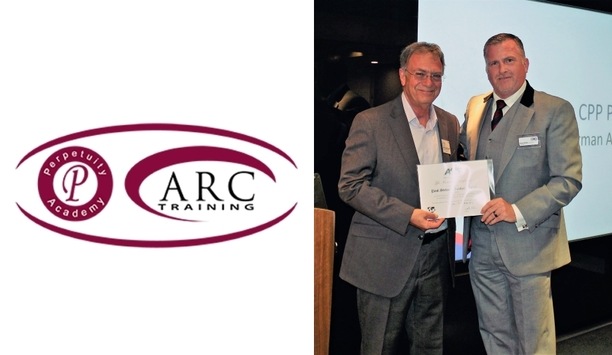 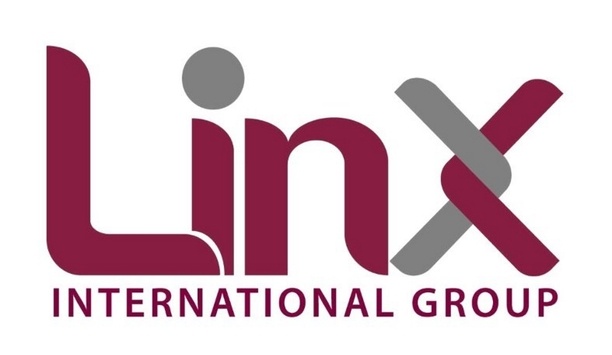 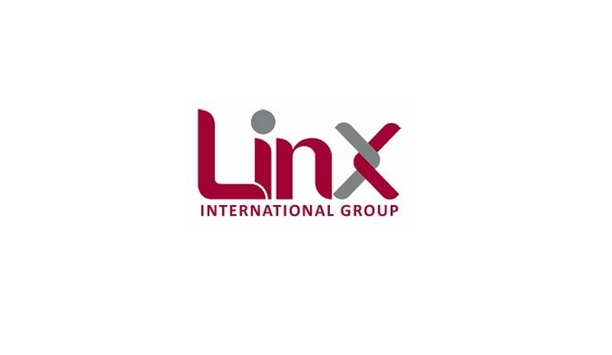 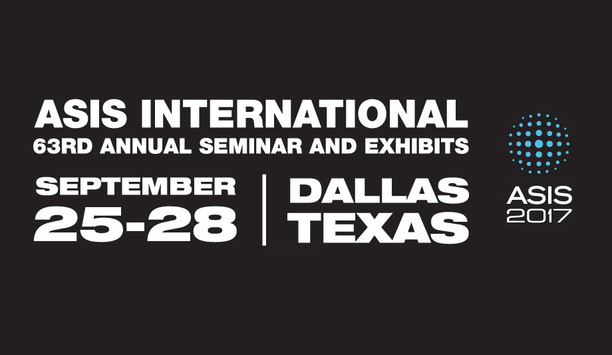 The Linx International Group, an international organization providing security, risk management and training services, will showcase its latest professional classroom and online training courses, on Booth 4082 at ASIS 2017 in Dallas, Texas. ASIS PSP Credentials And Qualifications The ASIS Education partner offers the ASIS Physical Security Professional (PSP)® credential and Certified Protection Professional (CPP®) designation, as well as industry recognized qualifications for technologies including CCTV, access control, body worn cameras and technical counter-surveillance. The Group also offer a suite of online training qualifications, including a Master’s degree in International Security Risk Management, awarded by the University of South Wales. The Linx International Group provides training and consultancy services to all of the major industry sectors, including the oil and gas sector where they provide security training for eight of the top ten companies. World-class Education From Great Facilities Head of Sales at the Linx International Group, Sarah Hayward will be joined at ASIS 2017 by Global Operations Manager, Ciaran Barry. Sarah comments on attending the event: “We’re excited to be at this hugely successful ASIS Seminar to showcase our range of security management and systems training programmes which are delivered both online and in the classroom.  These courses are popular with security professionals, as well as Police and military personnel that want to enhance their knowledge in their industry.” Since forging a partnership at ASIS 2016, the company has been working with the Center for Personal Protection and Safety (CPPS), and enjoys the use of their state-of-the-art training center in Reston, VA. Ciaran adds: “We have welcomed security professionals from the US to our courses in the UK, Dubai and Africa. Now, we are offering the same world-class education from a great facility in Virginia.”