On November 30, 2015, FLIR Systems announced it acquired DVTEL Inc., a provider of enterprise-class security and video surveillance solutions, for $92 million in cash. Commenting on the transaction, Imperial Capital views the announcement very positively.

DVTEL is a leader in software and hardware technologies for advanced video surveillance. Imperial Capital estimates the company has revenues of $35 to $45 million, growing at well over 10 percent annually. Therefore, the price FLIR is paying for a highly-regarded industry technology and full solutions leader, at about 2x revenue, is not high, according to Imperial Capital.

The following additional commentary on the FLIR/DVTEL deal is provided by Jeff Kessler and Saliq Khan of Imperial Capital.

We are maintaining our Outperform rating and our one-year price target of $40 on FLIR shares; our price target is about 30% above the recent share price. Many may still consider FLIR as just a premier provider of very high-end cameras in the bellies of Bell Helicopters in a very uncertain government sector. However, this 35-year-old company is a global leader in thousands of infrared detector cores and thermography equipment markets and also provides lower-priced products to the commercial and consumer security customers as well as other customers (e.g., automotive, boating, Original Equipment Manufacturers [OEM], smart grid.)

DVTEL is a privately-held company and, though its brand may not be as well-known as other companies, its technology and industry vision has always been at the industry forefront, and it has won many product awards. DVTEL develops true broad-based video solutions, for large companies such as Google, mainly for the enterprise level market, but the company’s medium business solutions include:

DVTEL has developed many cutting edge products over time that remain innovative, but under FLIR could be marketed and commercialised with a strong brand behind them, particularly because FLIR is an industry leader in providing cloud-based services in which customers can view and manage each of their site installations, gain access system health reports, receive email alerts upon system status changes, etc., allowing end users to detect and cope with problems before they occur, saving time, money and on-site visits.

DVTEL developed an industry-first mobile video application that turns mobile smartphones into full-featured IP video surveillance cameras that stream video into DVTEL’s Latitude Network Video Management System. [They are a] leader in the new group of 4K super high definition cameras that can be used for gaining four times the evidentiary detail with minimal impact to storage costs, relative to the older standard 1080 pixel, that can drastically improve the stability, range, and detail of video images for evidence. Meanwhile, DVTEL is developing storage and transmissions improvements to keep both bandwidth and cost issues in line.

DVTEL’s technology and solution focus is “cool,” but there are additional reasons supporting our positive view on the new acquisition. There are several strategic fits of mixing strength and fixing weaknesses in acquiring DVTEL:

FLIR has already demonstrated it knows how to integrate video acquisitions, such as the October 2012 acquisition of Lorex Technology, which take up the low and medium end of video cameras and total video solutions.

We still believe the low-cost camera arena is increasingly being dominated the large Chinese manufacturers, who may eventually get smarter about offering more open, better full video solutions However, our understanding is that there may be some resistance by end-customers to Asian video analytics solutions at the SMB and Enterprise level of the security industry. 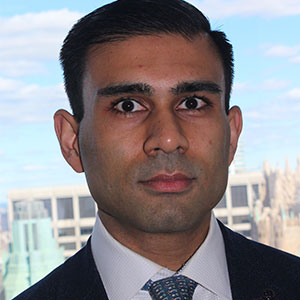 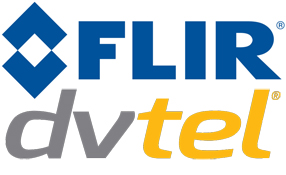