Samsung Techwin America has appointed industry veteran Jumbi Edulbehram Director of Business Development. In this role, he will lead Samsung’s business development team, whose primary mission is to expand Samsung’s business through specific verticals as well as to enhance the company’s strategic partnerships.

A familiar name in the security industry, Edulbehram most recently served as Vice President of Business Development for Next Level Security Systems, where he headed the company’s business development, channel sales and marketing. He holds a Ph.D. in regional economic development from the University of California at Berkeley, a master’s degree in electrical engineering from the University of California at San Diego, and a B.S. in Electrical Engineering & Computer Science from Massachusetts Institute of Technology.

The current members of the Business Development team were selected based on their talent, experience and success in sales, management and business development with a number of the most recognisable security industry companies in the world. The members are:

Jack Metzler, Director, Consultant/A&E Program, has worked in the security industry for more than 30 years, most recently as A&E/Consultant Program Manager for Axis Communications, where he served as the primary liaison to the security design community. He holds degrees from Kansas City Art Institute and Findlay Engineering College and is a veteran of the Israeli Defense Forces, where he served from 1973 to 1977.

Traci Moore, Business Development Manager, has spent more than a decade in the industry, including eight years with Diebold in a variety of roles, including Retail National Accounts Manager, Business Solutions Manager and Central Station Sales Representative. She comes to Samsung from TelAid, where she was a successful National Account Manager.

Brent Cowing, Partner Program Manager, joins Samsung from Next Level Security Systems, where he served in a variety of roles including Application and Integration Manager, Technical Support Manager and IT Manager. He has also worked with Cisco Systems and Sypixx Networks during his 10-year career in security.

Sean Grimm, National Accounts Manager, has worked for nearly 15 years in the industry in a variety of roles. Most recently, he was an Account Executive for security and fire with Johnson Controls, where he sold systems direct to end users and managed large-scale integrations. He has also served in sales and business development leadership positions with Diebold, Verint Video Solutions, Gregg Services, Westec InterActive and St. Moritz Security Services.

Michael Kim, Business Development Manager, was most recently with the Advanced Analytics Group at Booz Allen Hamilton, where he served such clients as the Pentagon, providing research, analysis and evaluating tools and technologies. From 2002 to 2007, he served as an officer of the U.S. Army and supervised intelligence efforts for the United Nations Command. Kim also holds active SCI clearance and CI polygraph credentials.

“This team’s experience will serve to strengthen our strategic initiatives with important verticals. Although the challenges are great the expectation for success is high,” said Frank De Fina, Samsung’s Executive Vice President. 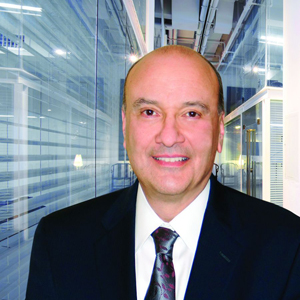