Ron Alalouff
Download PDF version
Related Links
With some 3 million automated teller machines (ATMs) around the world, they are bound to be seen as attractive targets by some criminals. Banks need to ensure customers do not fall prey to skimming and other malicious attacks from criminals, by having an effective ATM security in place. The advent of contactless technology has eliminated the need to insert cards into an ATM for retrieving cash.
Speaking at the recent ATM Security 2015 event in London, Ron Delnevo, Executive Director of ATMIA Europe, set out a five-year perspective on ATM security.
Secure Transactions With Contactless Technology
Security issues with ATMs will always exist, says Delnevo. However, there are solutions available to combat all current security threats, and the cost of protection is coming down. The ATM industry is therefore in a position to minimize losses, while ensuring consumers continue to get the vital cash they need to lead their daily lives.
It is important for the ATM industry to constantly innovate to meet new security challenges. So what innovations are we going to see in the next five years?
According to Delnevo, contactless technology will be a great help against ATM skimming, in which criminals steal personal information at ATM machines. Contactless is already being used in some European countries, and the number is increasing. Not having to insert a card into the ATM removes the opportunity to trap cards and also gets around the problem of “foreign” devices installed to read cards. So contactless technology, which some saw as the end of cash, can help make ATMs and cash more secure.
Removing the need for cards definitely improves the security of transactions at ATMs. The use of smartphones and one-time PINs have already been introduced successfully and need to be used more extensively, says Delnevo.
Introduction Of Biometrics & Recycling ATMs
Biometrics are certain to be used increasingly to bolster ATM security. Finger, palm, vein, iris and facial recognition all have potential in this respect. Any of these may in the future be used with or without cards, PINs and one-time codes. Speed of operation in relation to biometrics could ultimately govern their use at ATMs. There may also be privacy issues that need to be addressed.
Recycling ATMs, which can reuse deposited cash to supply withdrawals, are another way in which ATM-associated crime can be reduced, since they lower the need for bulk movements of cash to replenish ATMs. Although these types of ATMs first appeared in Japan in the early 1980s, their introduction in Europe has been slow, though they are now starting to appear in greater numbers. Delnevo wants to see this accelerated and to include coins as well as banknotes. He noted that recycling ATMs will become increasingly important as bank branches close, because they will give the public a secure way of depositing their cash, without traveling long distances to a branch.

Although there are now strong physical deterrents against ATM removal and cutting attacks, criminals have responded with explosive and cyber-attacks, says Delnevo.
Information sharing between national, trans-border and other security agencies, as well as consistent punishment, also helps to reduce the incidence of ATM crime. In Brazil, for example, an explosive attack is defined as larceny and carries a sentence of just two to four years. Meanwhile in the UK, using explosives attracts longer sentences (usually 15 years or more) under terrorism laws and is a big deterrent for those contemplating using explosives. Longer sentences are required everywhere.
ATM Security Continues To Tackle Criminals
Delnevo confirms that there is absolutely no evidence that reducing the number of ATMs or the amount of cash in circulation would reduce overall criminal activity. Criminals always find new targets for their nefarious deeds.
As the ATM industry continues to work to thwart criminals around the world, Delnevo concluded by saying that it is important to put ATM crime into perspective. While there is absolutely no room for complacency, the fact is that ATMs are not, on average, subject to many attacks. In most countries, an ATM is likely to suffer an attack only once in 100 years, he concludes.
Download PDF version Download PDF version 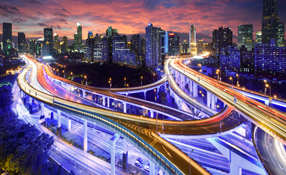 How Security Professionals Elicit Information From People In Interview Situations 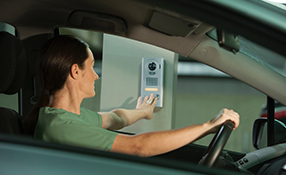