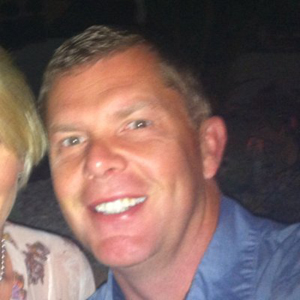 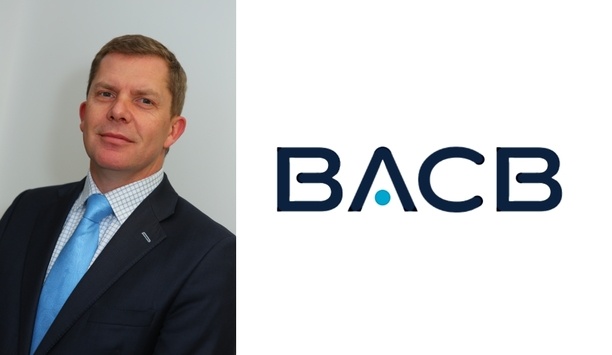 Ward Security has been appointed as the security provider for British Arab Commercial Bank following a competitive tender process. The appointment will see the team manage the security at BACB’s Mansion House premises in London, supplying both concierge and security guarding personnel. The British Arab Commercial Bank is a UK regulated bank that has operated for more than 40 years with an expertise in international finance and a focus on helping companies to develop and grow trade in new markets with confidence. Kevin Ward, Managing Director of Ward Security said, “We are delighted to have been awarded such a prestigious contract by the bank. We believe our philosophy of providing people who are both professional and dedicated to delivering high quality standards closely matches the principles of the bank. All our clients need bespoke solutions that consider the key security needs both today and, in the future, and our tender clearly communicated that to the bank. We look forward to working with them.”A key speciality of Wards Security is the provision of search and guard dogs Dog Guarding Projects Steve Cook, Director of Facilities at British Arab Commercial Bank said, “We have been impressed with the high standards and accreditations that Ward Security work to and maintain but mostly this company is clearly very passionate about what they do." "Not only have they identified efficiencies and new ways to work they have delivered a proposal to us with fresh enthusiasm. The team at Ward Security are already integrating well into our team and we are pleased with the appointment of them as our new security provider.” From its headquarters in London Ward Security provides a full range of security services to high profile companies nationwide and it has regional offices covering Kent, The Midlands and South East England regions employing a team of over 900 security personnel. A key speciality of the company is the provision of search and guard dogs. It works closely with the City of London Police and both Bromley and Bexley Borough Councils on a number of specialist dog guarding projects. 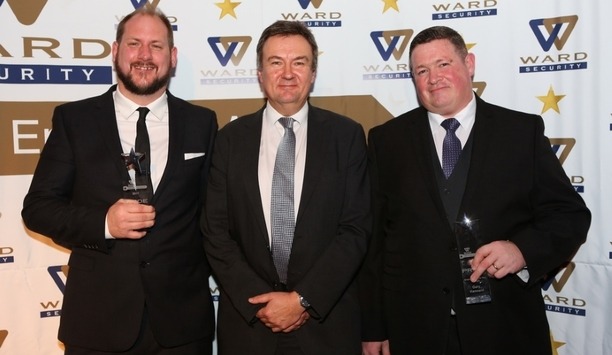 National security provider, Ward Security has announced its top performing employees of the year at its annual Star Employee Awards Ceremony. From its 900-strong team, Ward Security presented 15 employees with a Star Award in recognition of their commitment, loyalty and outstanding achievements during their employment in 2017. More than 50 employees were nominated by team leaders and clients to receive a Ward Security Employee Star Award, with all nominees being invited to attend the Award Ceremony, which took place on Friday 26th January at The City Grange Hotel in London. The Awards presented include those which closely represent the company’s core “PRIDE” values, which David and Kevin Ward founded the business upon. The Awards presented include those which closely represent the company’s core “PRIDE” values Employee Of The Year Award Over 180 people attended the Awards evening, presentations to the winners were made by clients of Ward Security, with the coveted “Employee of the Year” Award being presented by Commissioner Ian Dyson of the City of London Police. This year the Employee of the Year title was awarded to two outstanding security officers from Ward Securities Dog Handling team, Christopher Dale and Gary Kennard, for outstanding skills in defusing situations that could have potentially become major police incidents. In both cases, the police and clients commended their efforts for demonstrating excellence in performing their roles. Both employees received a trophy and a cheque for £1,000. Our annual employee awards evening is all about celebrating and recognising outstanding actions and excellence in our team" Celebrating Outstanding Actions Kevin Ward, Managing Director of Ward Security said “Our annual employee awards evening is all about celebrating and recognizing outstanding actions and excellence in our team. There are individuals in every company that go above and beyond the call of duty and very often they are unsung heroes or people that just think they are doing their job. However, we don’t want our team to go unrecognised, we fully believe we are only as good as the team we have in place and having a dedicated evening where we can properly celebrate the team is hugely important to us and our business. David and I would like to congratulate everyone that was nominated throughout the year and of course to this year’s worthy winners.”  The Full List Of Winners Includes: New Starter of the Year - Mark Specht Team of the Year - 55 Bishopsgate Operations Leader Winner - Jahan Dad Frontline Employee Winners - Aaron Page-Baldwin, Santa Figg, Nasir Hussain Operations Administration Support - Helen Hall Protection Award Winners - James Gemmell and Gordon Hewitt Respect Award Winner - Neil Humphreys Integrity Award Winner - Emily Shah Teamworking Award Winner - ADM Erith Excellence Award Winner - Trevor Corps Employee of the Year Winners - Christopher Dale and Gary Kennard 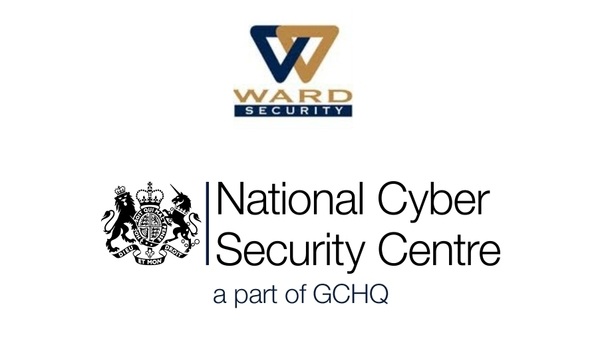 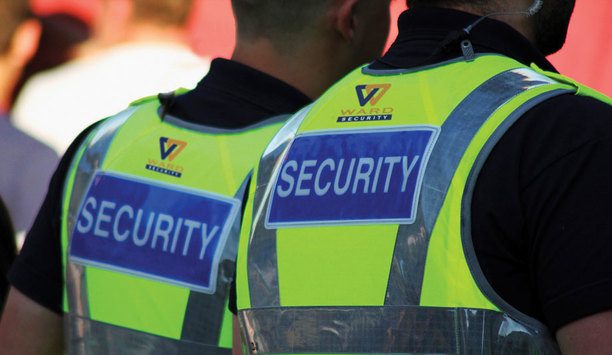 Ward Security’s remit is to look after the business and retail areas of the development Ward Security has been appointed by Liberty Property Trust as the main security provider for its prestigious Kings Hill development near Maidstone, Kent. The multifaceted contract, which began on 1st December 2015, sees Ward Security manage part of the 800 acre former RAF site. Kings Hill is a mixed-use development which includes offices, homes, restaurants, sports and leisure facilities as well as parks and open spaces. Ward Security’s remit is to look after the business and retail areas of the development. Manage Commercial Areas Kevin Ward, Managing Director at Ward Security said: “We are delighted to have been appointed to manage the commercial areas of the Kings Hill development. It is a large scale and complex project which we are well placed to deliver, having many years of experience providing security to prestigious and often unusual sites. We pride ourselves on integrating seamlessly into communities that require a high level of visible, yet sensitive, security, and in particular working with local authorities on parks and open space security, which is a key part of this contract. Our remit will include working with the tenants and ensuring that our presence helps maintain a safe environment for all at Kings Hill.” Ward Security has previously supplied security services to the development and Andrew Blevins, Managing Director of Kings Hill developer Liberty Property Trust said: “As part of good estate management we periodically review our various contractors to ensure best value for our business and retail tenants and we are delighted Ward Security is returning to look after them. “We are confident that Ward Security, as a national but local security provider, offers the right approach and balance in its security provision which will be welcomed by all at Kings Hill.”

David Ward will set the agenda for the Group in determination of Company strategy and overall Commercial objectives Ward Security Holdings Ltd, the umbrella group for Ward Security, has announced that it will restructure its executive management board. The new structure will see David Ward become CEO of Ward Security Holdings and Kevin Ward will move from his current position of Executive Director to Managing Director of Ward Security. The restructure is a move designed to accommodate fast growth experienced within Ward Security. Currently, the company employs over 600 security personnel, with its head office in London, centralized administration office in Rochester and regional offices in Bracknell, Manchester, Birmingham and Scotland.

Daniel McClendon won the coveted Employee of the Year Award which was presented by Elizabeth France of the SIA Ward Security has announced its top performing employees of the year at its annual Employee Awards Ceremony. From its 640 strong team, Ward Security presented nine employees with a PRIDE Award in recognition of their commitment, loyalty and for outstanding achievements during their employment in 2014. Employee Of The Year Each award represents a PRIDE core value of the company – Protection, Respect, Integrity, Dynamic team and Excellence. However, it was Daniel McClendon who won this year’s coveted Employee of the Year Award which was presented by Elizabeth France of the SIA. Daniel who has been an employee at Ward Security for four years and is a site manager at the prestigious 100 Wood Street premises in London, was described at the ceremony by clients and colleagues as someone "who has a positive ‘can do’ attitude and is very approachable" and is viewed as a real asset to the team with his helpful and polite attitude. He also plays a key role in training new people on the team. David Ward, Managing Director of Ward security said "Kevin and I always look forward to these awards with a great sense of pride and satisfaction and we are delighted to host this evening as a thank you and in recognition to the outstanding members we have at Ward Security. Such is the quality of our team that this year’s winners were harder than ever for the judges to decide upon. Congratulations to all of tonight's worthy winners and to Daniel McClendon who truly represents our company PRIDE values." These are the eighth Annual Employee Awards and the culmination of the quarterly employee awards which staff are entered into throughout the year. The awards ceremony took place on Friday 7th of August at The Grange City Hotel in London. The full list of winners and the contracts that they form part of are below: Protection - Allan Clarke, Croxley Green Respect - Peter Barrowcliffe, Beckett House Integrity - Joe O’Neill, Calor Gas Terminals Dynamic team - Karen Jones & Adam Pegram, Crystal Palace; Steve Worgan & John Finley, Old Hall Street Excellence - Mohammad Nuruz Zaman, Buckingham Palace Road