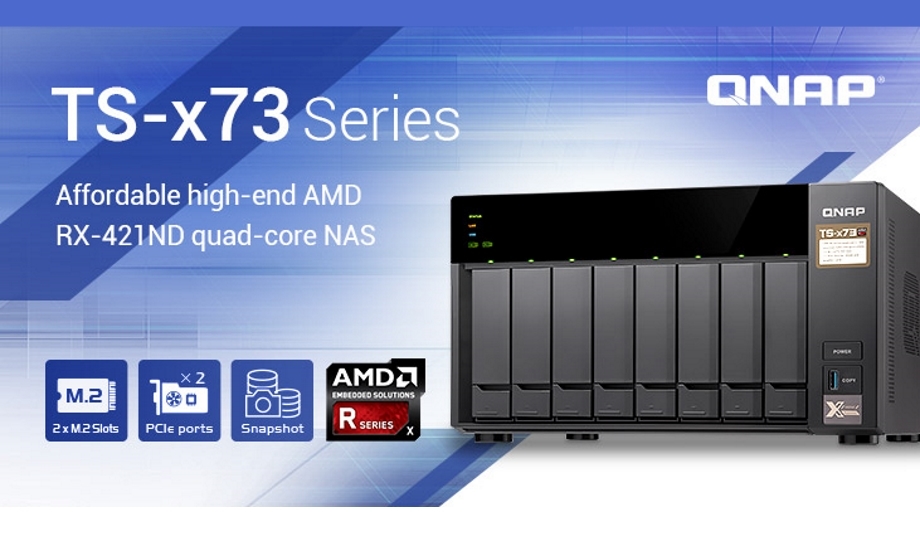 “The TS-x73 NAS series presents a budget-friendly solution by allowing users to add more value to their NAS based on their individual needs. Through the two PCIe slots, users can install a QNAP QM2 card to add SSD caching/10GbE connectivity for boosted performance; a wireless card with WirelessAP Station app to turn the NAS into a wireless access point; or even an PCIe bus-powered graphics card to enable 4K transcoding and HDMI output for a greater media multimedia experience,” said Jason Hsu, Product Manager of QNAP.The TS-x73 provides optimal storage efficiency across M.2 SSDs, 2.5-inch SSDs and high-capacity HDDs

The TS-x73 series is powered by a high-performance and energy-efficient AMD RX-421ND quad-core 2.1 GHz CPU (Turbo Core up to 3.4 GHz) and 4GB/8GB DDR4 RAM (up to 64GB). With an optional 10GbE network card installed, it delivers up to 1661 MB/s throughput and up to 1575 MB/s with AES-NI hardware-accelerated encryption.

The TS-x73 series supports block-based snapshots to record the state of the system at any time to help users mitigate the impact of ransomware attacks and to ensure the stability of service operations.

The TS-x73 series features two PCIe (Gen3 x4) slots that allow greater system flexibility. In addition to installing a 10GbE network card for boosting virtualization performance, users can also install a QNAP QM2 card that allows for adding two M.2 SSDs for SSD caching or to create a RAID 5-tiered storage along with the two M.2 SSDs in the NAS to increase data protection.

There are also QM2 cards that include 10GbE 10GBASE-T connectivity to provide SSD caching with high-speed network connectivity on a single card.

Alternatively, users could install a low-power graphics card (powered solely by the PCIe slot) to boost system performance and enable smooth 4K video transcoding and HDMI output; install a wireless network card (for example: QNAP QWA-AC2600) to use the TS-x73 as a wireless base station, allowing users to directly access the NAS, including NAS services and Internet connection.Users can also use QNAP VJBOD technology to leverage the unused space of another QNAP NAS for storage expansion

The business-ready TS-x73 series is a NAS and iSCSI-SAN unified storage solution that not only supports VMware, Citrix, Microsoft Hyper-V and Windows Server 2016 environments, but can also natively host multiple virtual machines (with Windows, Linux, UNIX and Android) and containers (LXC and Docker). 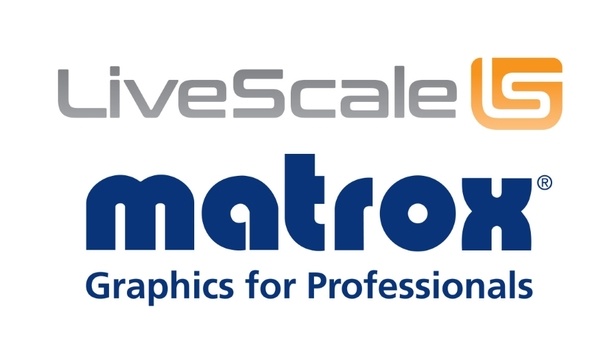 Matrox And LiveScale Collaborate For Secure Transmission Of 4K Content 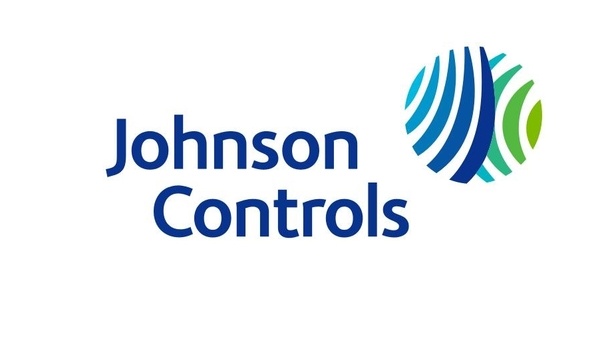 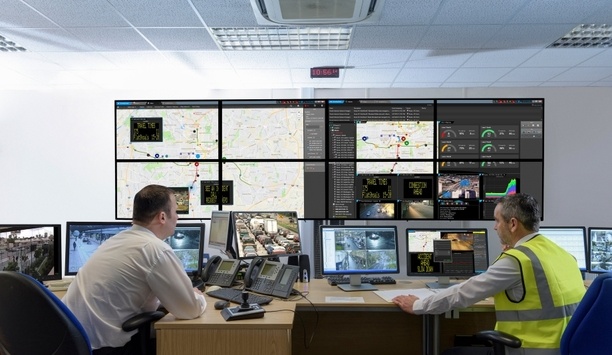