All organizations have to face the costly challenge of the storage and management of their valuable data. In the sphere of security, where visual data is indispensable, any avenues that make the capture, storage and retrieval of that information more efficient will command budget attention.

One of the inevitable costs of a comprehensive security operation is the money and resources required to store weeks of largely irrelevant security film, and also to identify and retrieve the relevant material from the archives when needed. What can make metadata- - or data about data - economically attractive is being able to save on those resources.

Metadata may sound like yet another stream to manage but, on the contrary, it is actually the key to automating management, and allowing technology to make some decisions by itself. With current  network video monitoring solutions

available , as well as the data that a security camera usually captures, the additional metadata enables the surveillance system itself to do much of the detection work that normally falls on the security operative. It can, for instance, pinpoint with coloured boxes areas of the screen that contain threats, making the job of the observer easier, and the ultimate response quicker and more effective.

On a more strategic level, the use of metadata also has an important role to play in keeping traffic off the network - an advantage that not only comes with substantial operational benefits, but also one that has significant cost implications.

New security cameras which make use of metadata can independently recognize visual security breaches, such as abandoned packages or suspicious movement, and are sophisticated enough to know the difference between moving people and safe background conditions, such as blowing trees or splashing fountains. Such a capability means that those areas need no longer form a security blind spot as they do with current analog CCTV.

As a consequence, there is no more need to ‘mask' problem areas within the field of view. These cameras' capabilities also enable many of the common time-consuming false alarm scenarios to be eradicated. Once again, this is a function of the metadata, which feeds back information on the risks associated with what the cameras are seeing.

The benefits of metadata technology

The metadata technology of these security cameras comes with technical benefits too. Bandwidth requirements are minimised

because only legitimate threat images and data are sent and stored. In a security environment where monitoring may be happening 24/7, the screening out of irrelevant data is a big step forward. It makes a significant difference to the cost and management of the captured material, and it also makes for fast and accurate results when searching through historical data.

Application of intelligence in video surveillance and proactive detection

Surveillance software currently available in the market analyses, assesses and responds to the images transmitted by intelligent security cameras. The surveillance software packages also gain additional information about the images from the cameras' metadata. By then employing features that alert and direct operatives to the visible threats within a frame of video, this type of software provides more than just a safety net - it delivers proactive detection.

This type of security software is designed with the practicalities of security work in mind. An unmistakable on-screen highlight box locates a threat, captures the observer's attention and leaves no room for error. It enhances the security decision-making process and   provides accurate back-up data in time-critical situations, delivering essential decision support when it is most needed.

What allows this type of system to run so efficiently, with the metadata running alongside the video and audio data is its development of Distributed Enhanced Processing Architecture (DEPA). Having intelligent cameras on the same network as the servers that are running the security software opens up enormous possibilities and potential, and now means that a multi-camera security set-up doesn't have to be complex and difficult to monitor; personnel can be guided by the software to the hot-spots and the right screens to watch. They can be shown the detail of the threat before it becomes an incident, and may even as a result prevent it from turning into an incident at all.

A new era in security network video monitoring is underway. The return on investment from bringing monitoring cameras on to the network and away from the world of analog CCTV, are clear. It is no longer necessary to run, manage and upgrade two separate systems. The same investment that allows a company to save money on voice over-IP can now benefit the security function as well. Use of the network also allows the possibility of additional hardware devices to function alongside the network video monitoring, allowing features such as triggered lighting or door locking. 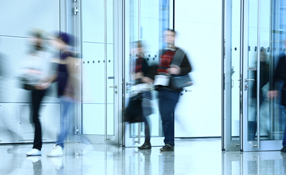 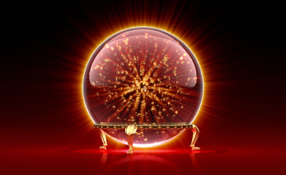 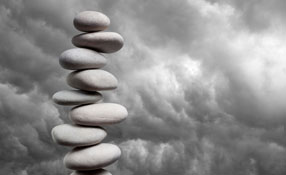 Thriving In Unstable Times: Honeywell Unveil Their Keys To Success