Role Of Security Integrators In The Internet Of Things Era

Where do traditional security dealer/integrators fit in the new era defined by the Internet of Things (IoT)?

According to Robert C. Martens, Allegion's Futurist and Director of Connectivity Platforms, there is no need to worry. In fact, there is potentially a huge role for traditional security integrators to play in the IoT age. His explanation suggests a successful future for security integrators, but there are caveats.

Networking IoT devices may seem like an information technology (IT) function, typically handled by a chief information officer (CIO). However, says Martens, CIOs will be preoccupied with complex issues far beyond physical security. Therefore, identifying where IoT sensors are placed, how they are managed and how they interact will fall to facility managers. And they will depend on their security integrators’ expertise more than ever.

“Integrators are the glue between the facility manager and the CIO,” says Martens. “Trusted advisor, mentor, and mediator – these are all roles integrators will need to play to avoid the disruption we have seen in other industries.”

As a trusted advisor to CIOs and facility managers, security integrators can provide an important perspective about the basics of physical security. Martens compares the integrator’s role to that of an orchestra conductor (assuming, in his metaphor, that the various sensors and devices to be installed are the musical instruments).

“Every device in a building plays a distinct note, and the integrator helps get the notes in the right order. What you need is a conductor, and the integrator is the conductor. All those pieces of hardware are becoming more and more intelligent. But we’re in the safety and security business, so it’s the application of the technology – the tribal knowledge, the root knowledge of security – that makes integrators the ones to lead.”

For example, as a security specialist, an integrator would know that whether a door opens must depend on determining the intent of the person seeking to enter. Use of various voice, biometric, or physical key technologies enables a system to understand that intent – but an IT professional wouldn’t know how to implement the various technologies to determine intent. “An integrator understands at their core what an IT person might not understand. That’s their value-add, their tribal knowledge. Even with the IoT, it’s still the application of the technology that matters, that generates value.”

“Integrators can say ‘devices need to be put in this order together, play in this order,’” Martens says. “There’s no substitute for understanding physical security.”

What is the role of manufacturers in the Internet of Things? Martens says the priority has to be making the integrator’s job easier, making systems that interact well together and that are easy to install. He says end users will be looking for a more “holistic” experience, whether in a residential or a commercial building. “If you do security and energy well in a building, and add convenience, you can deliver a truly personal experience, more holistic. That’s what people are striving for, the promise of the IoT.”

“People still buy products from the people who are knowledge experts within the space,” he adds. “Just because you have a cool connected product, it doesn’t make it a great fit.”

“Folks in commercial physical security are starting to recognize higher expectations to provide more connectivity, new features, greater functionality – whether you’re a manufacturer, a facility manager, an integrator or a locksmith,” says Martens. “For manufacturers who embrace it, it’s a pathway away from commoditization. If I can take the humble door lock and transition that to a smart device, there’s a lot of value to that. People touch doors almost more than anything else in a building.”

“On the commercial side, having the integrator understand what the devices are capable of is very important. That could be an integrator’s calling card – integrators will be known for different things. Whether security, energy or convenience, each integrator gets to decide where they inject value.”

Success may be within reach, but it’s far from a given. 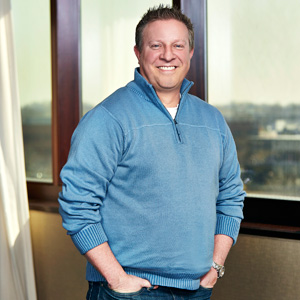 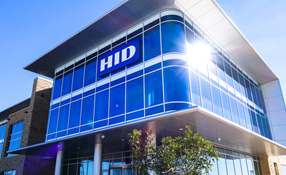 HID Global And Sustainability In The Security Market 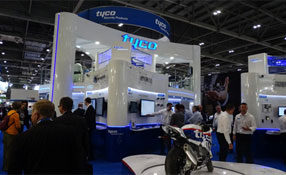