PureActiv 11.0 adds a host of graphical user tools, improved video analytics and the availability of metadata on live camera views.

Map-Based GUI Enhancements – A compelling feature of the PureActiv Video Management System is the map-based user interface, allowing users to track targets and control PTZ cameras and sensors directly from the map. The new release expands this capability, by providing a set of graphical tools to allow users to manage situations and communicate status utilising the map. Added capability includes the display of view shed (a graphical display of a camera’s non-obstructed views), place markers, and a distance-measuring tool.

Video Analytics – The new version of PureActiv includes many enhancements to the product’s intelligent video algorithms. A new software based video stabilization provides several improvements over the previous version, including no video cropping and no prior introduction of control points or regions. Enhanced camera auto follow has been added, enabling tracking of intruders at distances of up to five miles.

Real Time And Forensic Metadata – PureActiv 11.0 boasts an increase in metadata collected and associated with every video frame. The data parameters range from object location to specific characteristics of the target itself. This data is then accessible to third party VMS, frame-by-frame within the PureActiv video player or in real time through the camera view. New metadata functionality expands alarming capabilities and improves forensic search activities.

Simplified Set-Up – Set up time is substantially reduced with the addition of multiple software tools in the announced release. Added tools allow for quick geo-referencing of fixed cameras. Similarly, issues caused by variances in PTZ camera installations are addressable within the PureActiv software using the newly developed PTZ Leveling tool, avoiding the need to revisit the physical camera install.

“At PureTech Systems, our tag line is Detect, Analyze, Respond", states Eric Olson, marketing vice president of Phoenix-based PureTech Systems. “We continue this tradition with our 11.0 release - adding more advancements in video analytics detection, detailed metadata for real and forensic analysis and a host of graphical user tools to aid in response activities. This release pushes our geo-location based detection capabilities to substantially greater distances; up to several miles.”

PureActiv 11.0 is currently available to new and existing customers. Existing PureActiv customers should contact their support person to schedule an upgrade. 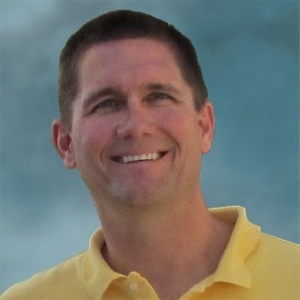