Download PDF version
Surveillance cameras are only as useful as the quality of images they produce.  Therefore when selecting cameras for a security system, it is imperative to select one with features that will provide the best results possible.  It is often thought that the higher the zoom, the better the quality of the images produced.  However, this is not always necessarily the case. Phil Doyle, Regional Director, Northern Europe at Axis Communications, explains why this is so and discusses the different factors which affect image quality.

In the world of security cameras, 18x zoom can be equal to 36x. More specifically, a high-resolution security camera with 18x optical zoom can provide images that, for surveillance purposes, are just as, or even more useful than those delivered by a standard resolution, 4CIF camera with twice the zoom capability.

The pixel resolution in both cases is virtually the same: the newspaper's name, for example, is readable. However, the HDTV camera offers the same details with just half the zoom capability of the standard-resolution camera.

It is also important to note that the HDTV network camera's wider (16:9) field of view makes it possible to monitor a larger area without compromising image details. In the image from the 4CIF camera (Figure 1), only one person can be seen in the picture, while in the HDTV image, the operator can see more than one person and simultaneously pick up small details such as texts on the newspaper. So while the level of detail is similar, the HDTV 720p camera enables more of a scene to be seen, which is advantageous in surveillance situations. The wider field of view in zoomed-in mode also makes tracking easier and more reliable since the risk of losing sight of a person or object while panning or tilting the camera is reduced.

It is a common assumption that the higher the zoom factor of a lens, the better its ability to magnify a scene and make details more visible. This is not always true, as illustrated above.

A zoom lens is an assembly of lenses with the ability to vary its focal length. A longer focal length means stronger magnifying power, but also a proportional reduction in the angle of view.

The zoom capability of a lens is usually expressed as the ratio between its longest and shortest focal lengths. For example, a zoom lens with focal lengths ranging from 50 mm to 200 mm is referred to as a 4x zoom lens, or sometimes a 4:1 zoom lens. (Seen another way, using the maximum zoom on this lens will reduce the angle of view to roughly one fourth of the widest angle.) Two different lenses with the same zoom factor may therefore perform very differently since their focal lengths and magnifying power may not be the same but their ratio is. Furthermore, a lens with a higher zoom factor may not necessarily have the stronger magnification capability. For instance, a lens with a focal length that ranges from 15 mm to 150 mm-a 10x zoom lens-would actually have a weaker magnifying capability than a 4x zoom lens with focal lengths ranging from 50 mm to 200 mm since the 200 mm focal length has a stronger magnifying power than a 150 mm focal length.

However, like zoom factors, determining the magnification capabilities simply by the focal length number can also be misleading. The 4CIF security camera used to produce the image samples above has a longer focal length than the HDTV 720p camera. How then can the level of detail in the zoomed-in images be similar?

Let's take a look at how the cameras perform in wide mode; that is, using their smallest focal lengths (with no zoom). Compare the pictures below. The field of view in both cases is almost identical. However, the higher resolution and better color fidelity in the HDTV camera is immediately apparent, producing sharp, crisp pictures with great detail. Compare the cropped-out views of Figures 6 and 8. The numbers on the score board are visible in the HDTV image while hardly visible in the image from the 4CIF camera.

These results illustrate that comparing a security camera's magnification capability simply by looking at the zoom factor can be misleading. It is important, as this exercise demonstrates, to take into account the camera's pixel resolution. Compared with a standard 4CIF camera, an HDTV camera with 1280 x 720 pixels will have two to three times more pixels in every frame. The high pixel resolution is why an HDTV network camera can perform just as well with limited zoom. High resolution PTZ cameras, in fact, can be used in different ways: either to maintain the same field of view as 4CIF cameras and improve the level of detail seen as in the case with the HDTV camera used here, or to increase the field of view with the same level of image detail as standard cameras.

Image quality, however, is not defined by pixel resolution alone. Other elements, such as the resolving power and overall quality of a lens, as well as the properties and quality of the glass in a dome cover, have an impact. Another important factor is having full frame rate video streaming so that activities in a scene and fast-moving objects can be easily seen and captured. An HDTV network camera that is compliant with the SMPTE standards in resolution, frame rate, color fidelity and aspect ratio ensures that a rich viewing experience with excellent image detail is provided.

In conclusion, an HDTV network camera has shown that it can fulfill demanding surveillance requirements using just half the zoom, demonstrating that what appears sometimes to be less, is more.
Download PDF version Download PDF version 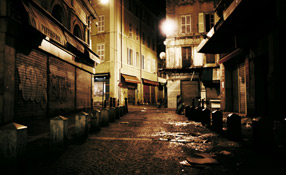 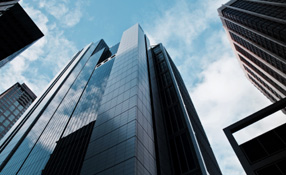 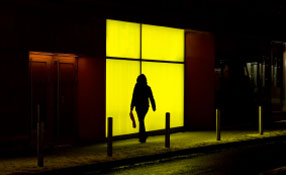