The critical communications market, which includes police radios and other professional communications equipment, will be worth $18 billion by 2019, according to a new report from IHS Inc., the leading global source of critical information and insight.

“Between 2013 and 2019, the market will grow an impressive 33 percent,” said Thomas Lynch, Director of Critical Communications research at IHS Technology. “Economic constraints have forced public sector cuts in many countries, yet we are seeing strong growth on a global scale.”

The two largest market segments are command and control solutions and licensed mobile radio (LMR) terminals, which together account for over two-thirds of critical communications revenue.

Transition to digital: The transition to digital continues as users in all vertical sectors, from utilities to public safety, switch from conventional analog systems to more up-to-date digital technologies. “This is having a profound effect on the industry, benefiting each product segment,” Lynch said. “For example, if a fairly large regional network switches to digital, the terminals, infrastructure and control elements of that network will need to be replaced or reconfigured to support digital."

“Much of the innovation, development and spending we are seeing is led by the public safety and law enforcement sectors,” Lynch said. Examples include major nationwide TETRA network rollouts of critical communications systems in Germany and the next-generation 9-1-1 command and control upgrades in the United States.

Critical communications broadband: Although long-term evolution (LTE) has been on the critical communications agenda for some time, its market entry has been slow and protracted until now. Challenges surrounding spectrum remain at the forefront, especially for mission critical users in public safety; although similar for other mission -critical industries like utilities and transportation. The cost of spectrum also remains an impediment.

“With more than 74,000 device shipments estimated for 2016, private and public LTE systems for critical communications users will now start to have a direct effect,” Lynch said. “Already, end-users from several sectors are implementing LTE, and some have chosen it over TETRA or DMR. As well as public safety, this is occurring mostly in small and contained networks, often in remote locations—for example, oil and gas platforms and in mining operations.” This is a trend in Africa, for example, where it has been easier to “leap over” technology generations rather than set up an LMR infrastructure beforehand.

IHS projects that this growing trend will have an effect on existing critical communications technologies, in particular on LMR terminals and infrastructure. The market for LTE remains small, however.

IHS anticipates strong growth over the next three years. Many of these devices will provide data overlay to an existing critical communications system. In the longer term, IHS predicts that critical communications manufacturers that are not offering LTE will face direct competition from LTE technologies as obstacles are removed. 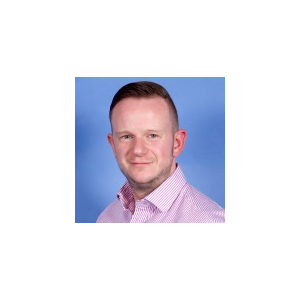