Avigilon Corporation (“Avigilon” or the “Company”), a leading global provider of end-to-end security solutions, recently announced that Ric Leong has been appointed as Chief Financial Officer (CFO) of Avigilon effective July 1, 2015. Mr. Leong will succeed Avigilon’s current CFO Wan Jung, who will continue to serve on the Company’s Board of Directors.

Mr. Leong has been with Avigilon since July 2014 and currently serves as its Senior Vice President and Chief Accounting Officer. Mr. Leong has worked closely with Mr. Jung and Avigilon’s Senior Management Team, leading the Company’s accounting operations on a global basis, including public reporting, treasury, and financial planning and analysis. In addition, Mr. Leong was instrumental in the successful completion of the US$200 million credit facility announced in April. Prior to joining Avigilon, Mr. Leong served in several senior financial leadership positions at two large U.S.-listed public companies.

Mr. Jung has been acting as Interim CFO while the Company has been seeking a permanent successor. “I’m very pleased to announce the promotion of Ric Leong to CFO. Over the past year I have worked very closely with Ric, who has proven himself as a natural leader and strong financial operator,” said Wan Jung. “Ric will continue to play a vital role in the Company’s long-term success as we execute our global growth strategy.”

Mr. Jung has a long and successful history with Avigilon. He is one of the original founding shareholders of the Company and was Avigilon's first CFO, a position he held from start-up in 2004 through to 2012, and again as Interim CFO from 2014 to 2015. After stepping down as Avigilon’s Interim CFO, Mr. Jung plans to retire from full-time work.

“Wan has played key roles in growing Avigilon, developing our culture of innovation and customer service, successfully completing our IPO, and positioning the Company for the future,” said Alexander Fernandes, Avigilon’s Founder, President, Chief Executive Officer and Chairman of the Board. “We are thankful for Wan’s exceptional work and dedication to the Company, and for assisting with the smooth transition of Avigilon’s CFO duties to Ric Leong.”

The Company also announced the voting results for its Annual General and Special Meeting of shareholders held on June 25, 2015 in Vancouver, British Columbia. 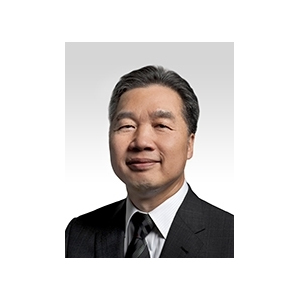