Typically, retail locations, banks and hospitality venues include an abundance of windows. The resulting excessive light can damage video image quality, by flooding the image plane of the surveillance camera. Dramatic differences between light and dark areas complicate the ability of video cameras to view someone standing in the shadows. A contrasting lack of windows in restaurants, teller stations and checkout counters, resulting in dim lighting, can equally damage video image quality, in critical surveillance areas where clear, detailed images are needed the most.

Stark contrasts between white and black levels in video images can obliterate faces and finer details of a subject when in a darker area. Particularly, this happens when a person is amid dark internal lighting, with his/her back to the sun.

Indoor surveillance cameras used to view outdoor activity also face similar challenges. For example, a camera mounted inside a bank may not provide useful outdoor surveillance video footage; say of drive-through lanes with cars or of outdoor ATMs with customers.

These lighting challenges adversely impact the effectiveness of video surveillance systems installed for such applications. Video details lost to the dark areas of an image due to lighting variations can prevent the identification of a suspicious character in the case of a robbery, even if his/her face is visible. Without video systems that can function in changing lighting, perpetrators may be in plain view yet unidentifiable with video, allowing them to compromise the security of a facility without being incriminated. Viewable images are vital to a successful prosecution and to helping discredit personal injury cases or other false claims of liability in court.

Challenges to lighting can be a real thorn for systems integrators and installers too. Repeat visits to an installation may be necessitated, in response to complaints from security management about the inability of surveillance cameras and lenses to capture usable images. Each return trip costs money, therefore reducing the profitability of an installation. The total cost of ownership (TCO) mounts and eventually becomes a liability for the installer.

Manufacturers have historically attempted to solve these lighting issues with a basic approach: by using auto-iris lenses or ATW (auto tracing white balance) or by adjusting speed to a slower lens.

However, the use of an auto-iris lens in difficult applications cannot compensate for lighting variations, either on account of the limitations of the given camera/lens technology or on account of the changeability of lighting conditions from day to day or even hour to hour. For example, if a facility faces due east, the image plane may be in bright light through the morning, but in deep shadow through the afternoon.

Adjusting the speed of the camera lens may not be effective either. While some manufacturers slow the lens speed, others will provide lenses that are faster (with F-stops as low as F1.0 or even F0.9). Faster lenses can actually restrict the ability of a surveillance camera to compensate for light variations due to inadequacies of the CCD or CMOS technology and the dynamic range of the camera. While increasing the F-stops to F1.2 or F1.4 will help to control the white level, it will either make no improvement or further disimprove the dark level.

The use of the auto tracing white balance feature on color cameras cannot compensate for stark lighting variations either. As this feature monitors the light and adjusts the color to maintain white areas, consistent quality is achieved in the case of white areas.

In conclusion, variable lighting conditions present serious challenges in effective video surveillance in large retail locations, banks and financial institutions, and hospitality environments. Therefore, careful consideration must be given to the design of a surveillance system that can supply usable video in environments where variable lighting is a factor. System integrators and installers have to go beyond the traditional approach of using auto-iris lenses or auto tracing white balance to overcome these challenges so as to obtain reliable and effective surveillance video. 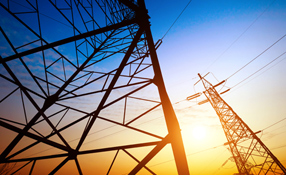 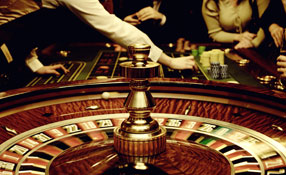 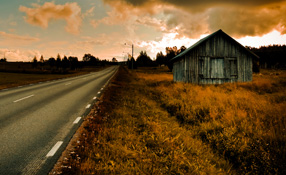