Video walls are growing in popularity in security applications, providing everyone in a control room access to the same current information at the same time. They are a perfect way to display the “big picture” – literally.

Video walls are often used in situations where several people are working together to create a coordinated effort, whether related to security, emergency response, process control or other discipline. In the security sector, video walls are commonly used in vertical markets such as transportation (rail and bus systems), casinos (gaming systems), government security, power/utilities/energy applications, telecommunications and emergency management (EMS).

Boosting the functionality of video walls are advances in IT infrastructure, better bandwidth, and capabilities to transmit and compress data. A video wall complements well the trend in the security market toward filtering information and presenting only current, actionable information to operators.

Video walls also benefit from the trend toward high-resolution cameras, another way to increase the amount of information that can be displayed to empower better decision-making. Current LED flat panels can display 4K resolution to leverage the industry trend of greater video image detail.

“When you take various sources and display them at the same time, it provides additional information to make better decisions,” says Lingard.

A variety of flat panel options are available for security control rooms, using the same LED technology as familiar flat-panel televisions. Typically a flat screen panel might have a one-half-inch bezel (or edge) around the image. The trend is toward smaller bezels, which lessen the gaps between screens when they are combined on a video wall. New, narrower bezels are now as small as 4 millimeters. In a traditional control room environment, the goal is to get the “screen gap” or mullion – the distance between where one video image ends and the adjacent one begins – down to 1 or 2 millimeters.

Christie’s Phoenix content management system can deliver access of video wall data to multiple physical locations from the cloud. In effect, groups of operators in multiple locations can have the same access to the same “big picture” information at the same instant. The system also provides redundancy.

Displaying at ASIS 2014 in Atlanta, Christie reports they had a lot of interest at the booth for their displays and especially about the Christie Phoenix open management content system. End users and dealers visiting the booth were from police departments, universities, hospitals, government, and financial institutions

In addition to flat panels, other types of video walls may be made up of cubes or “micro-tiles.” Cubes vary in size from 50 to 80 inches diagonally; they can have 4x3, 16x9 or 16x10 aspect ratios. They use a rear-projection technology incorporated with a screen supported by a metal structure to provide the elements that can be combined to build a video wall. The cubes can be stacked up to five high, with as many columns of stacks as needed. The resulting wall can provide an aggregate large image.

“The idea is to create a very large surface where you have pixels at your disposal to put content where you want it on the wall,” says Lingard. “Cubes, flat panels or MicroTiles can be used – whatever works for an environment.”

Christies’ MicroTiles are smaller (16×12-inch), single-chip units that operate similarly to a cube – there’s a screen, an enclosure and a projector. Micro-tiles use infrared communication to “talk to each other” – a single data stream interfaces with a main control unit for an entire wall. For example, the Dallas Police Department’s Fusion Center uses a video wall made from MicroTiles, installed as part of a technology upgrade to fight crime in the City of Dallas and to gather and share intelligence information with state-level and federal Homeland Security.

Already being used in front-projection applications, new solid state, laser-powered phosphor display technology can create brighter images and better contrast on the screen – and longer life (20,000 to 60,000 hours more compared to LEDs). Lingard expects the technology to come to video walls in the next couple of years – maybe to a control room near you. 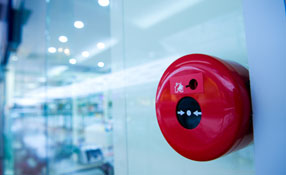 NFPA’s Security Standards To Be Revised: Any Suggestions? 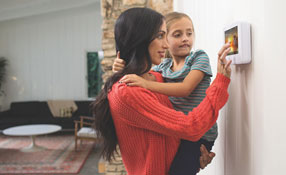 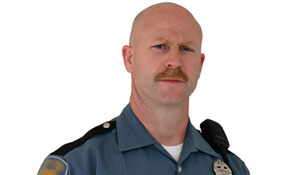