Hu Yangzhong serves as the President at Hikvision. 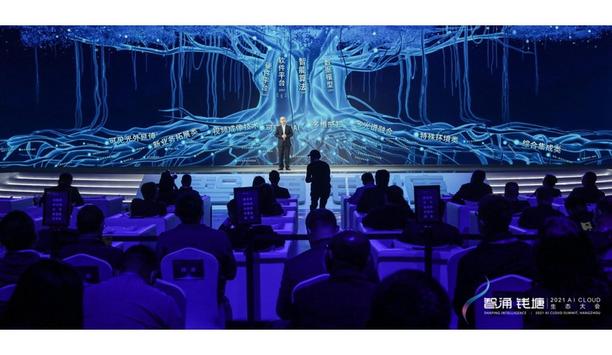 Hikvision, an IoT solution provider with video as its core competency, hosted the 2021 AI Cloud Summit in HangZhou on 29-31 March. The theme of the summit was ‘Building on AI's Momentum’ and there was a focus on how AIoT technologies help unlock the full potential of digital transformation. Keynote speech  “Will technologies serve industries or will technology change industries? We firmly choose the former model. Hikvision has kept close communications with different industries to learn their needs, and we have optimized our technologies and products accordingly to create value for customers and communities,” said Hu Yangzhong, CEO of Hikvision, in his keynote speech at the summit. Application in various industries Hikvision has built a complete technical architecture, from perception, to data fusion, and to application. Hikvision’s solutions have been applied in a wide variety of industries - such as energy, metallurgy, financial services, education, healthcare, as well as in commercial enterprises, and communities - empowering digital transformation in all of them. During the summit, several Hikvision customers presented how the combination of AI and IoT has helped to drive their digital transformation. Intelligent recognition Companies leverage Hikvision’s AI to enhance the safety and management of communities For instance, in the property service industry, some leading companies have been leveraging Hikvision’s AI capabilities to implement intelligent recognition under various scenarios, such as parking, firefighting, and facility monitoring, which enhances the safety and management of communities. In the energy industry, AI and IoT are essential forces to drive the building of digital grids. With the application of Hikvision’s AI technologies, intelligent inspections over power grids can be realized. Upgrading IoT and AI Platform “’IoT+AI’ is an important path to support digital transformation, and Hikvision is working together with a broad range of industry players to build the bridge between the physical and digital worlds,” said Xu Ximing, Senior Vice President of Hikvision. At the summit, Hikvision announced the upgrade of its AI Open Platform, which can help users to more easily create their own intelligent algorithms based on specific business needs. Meanwhile, through Hikvision’s Hardware Open Platform, third-party algorithms can also be installed in Hikvision’s hardware devices, which bring a greater variety of intelligent functionalities to industries. Efficient camera quality For instance, a large air conditioning manufacturer has trained a bespoke algorithm with the AI Open Platform and deployed it in Hikvision’s cameras to help check the integrity of its products. Once the camera records that a specific component is missing, an alarm will sound to remind quality inspectors to re-check the product, greatly increasing the efficiency of quality checking. More than 5,000 Hikvision customers, industry leaders, academic experts, and partners participated in this summit, which provides a unique opportunity for sharing industry and technology knowledge, experience, and ideas. 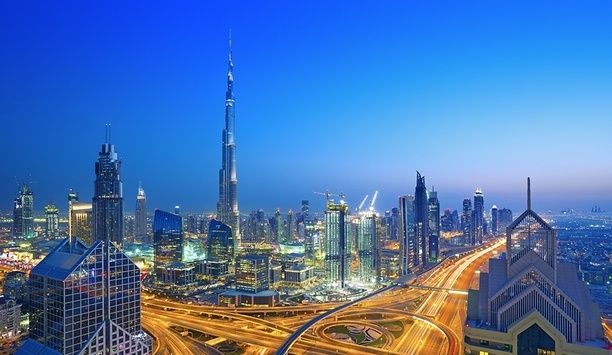 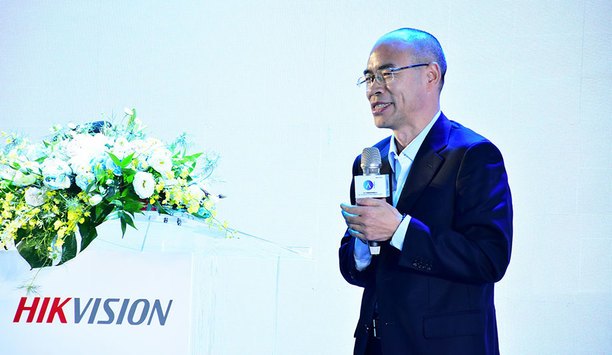 Hikvision’s ‘AI Cloud’ establishes a distributed structure incorporating Cloud Computing and Edge Computing. It extends the Artificial Intelligence (AI) algorithm from the cloud, to an edge network of on-premises video recorders and servers, and further to edge devices like the security cameras. The three-layer architecture all supports the goal to build a new class of AI-powered application, being even smarter and faster. Hikvision successfully held an Artificial Intelligence forum in Shenzhen, China on October 28, one day before the CPSE trade show kicked off (Oct. 29th – Nov. 1st). The forum had the theme of “AI, beyond innovation” in keeping with the company’s continued commitment to technology advancement. Accordingly, Hikvision introduced AI Cloud, the next level of AI technology development, and its comprehensive implementation in a variety of vertical applications. Hikvision AI Cloud Cloud computing is an information technology (IT) paradigm. It allows users with various computing capabilities to store and process data either in a privately-owned cloud or on a third-party server located in a data center. However, with the computing business becoming more and more versatile and complicated, the demand for data processing performance is even higher. In the process of data transition to the cloud, cloud computing consumes tremendous network resources and time, which all result in network congestion and low reliability. Mr. Hu Yangzhong, CEO of Hikvision who addressed the forum, pointed out the irresistible trend of engineering AI algorithms into edge devices, and making the edge more intelligent. The Hikvision “AI Cloud” structure was then introduced, which enables AI algorithm from edge to cloud, distributing the overall pressure that the large amount of data places on the center. Hikvision AI Cloud was developed to solve realworld challenges existingin different vertical markets “Edge computing uses local computing to enable analytics at the source of the data. Powered by AI technology, it strengthens the sensing capability of front-end cameras, and helps us understand the captured scene more effectively and accurately. With AI algorithms woven into the edge devices, only selected information such as an individual or a vehicle in a video image will be extracted and sent which significantly enhances the transition efficiency and reduces the network bandwidth, while still sustaining high quality and accuracy. Edge computing will also accelerate more efficient business responses, creating immediate action and event alerts.” Hu commented. Real World Challenges Hikvision AI Cloud was developed to solve real world challenges existing in different vertical markets, and to create continuous value to end users. Artificial Intelligence is the most trending technology in the security industry. Hikvision has gained over a decade of experience in this field. The company has invested in video intelligence technology since 2006, when its first algorithm team was established. In 2013, the company started to implement Deep Learning technology, and in 2016, its full range Deep Learning products were introduced to the security industry. Hikvision has taken this technology and innovated a family of products to maximize its use. The DeepinView IP camera range and the DeepinMind NVR range work together to provide all the power and benefits of Deep Learning. While the cameras provide the smart ‘eyes’ of the system, the NVR represents the analytic and storage capabilities of the brain. The products help to tackle security on two fronts – recognition, monitoring and counting of people and recognition and detection of vehicles. They use Deep Learning technology at its most effective – for its ability to classify and recognize thousands of ‘features’. 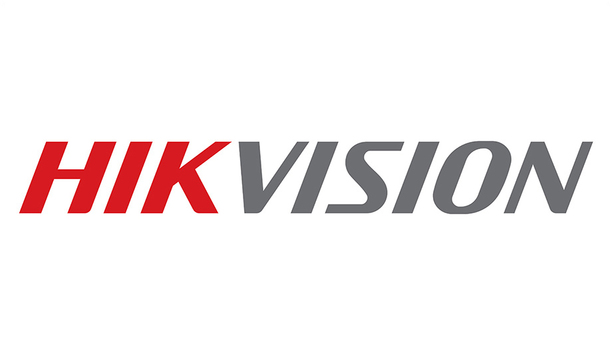 The investments underscore Hikvision’s commitment to North American integrator partners Hikvision USA Inc., and Hikvision Canada Inc., the North American providers of innovative, award-winning video surveillance products and solutions, announces that Hikvision plans to establish an R&D Centre in Montreal and a Research Institute in California’s Silicon Valley. Hikvision R&D Glocalisation “These two major investments underscore Hikvision’s R&D ‘glocalisation’ (being global thinking local) strategy and the commitment to providing innovative, cutting-edge technology products tailored to the needs of our worldwide partners and customers,” Yangzhong Hu, CEO of Hikvision said. Expected to open in 2017, the Montreal Hikvision R&D Center and will focus on engineering development. The Silicon Valley Hikvision Research Institute will focus on broad technology research. Ideal Location For New Ventures Jeffrey He, president of Hikvision USA Inc., and Hikvision Canada Inc., called Montreal the “ideal location for the new R&D Center,” lauding the city’s “excellent talent pool and business-friendly environment.” The headquarters for Hikvision Canada is also located in Montreal. Likewise, He said, the high-tech hub of Silicon Valley is the logical location for the Hikvision Research Institute.   Hikvision is well established in the SMB market in North America. In the past couple of years, the company has focused on expanding into the enterprise market, putting in place a national enterprise solutions team with knowledgeable engineering, technical, and sales support in regions across the US and Canada. Enhancing Innovation On Global Scale “The new R&D team will augment the services provided by the national enterprise solutions team,” Eagle Ying, director of technology for Hikvision USA Inc., said. “Hikvision appreciates that solution requirements are different from region to region. The new Hikvision R&D team will be dedicated to furthering Hikvision innovation on the global scale.” Based in Hangzhou, China, Hikvision has more than 8,000 R&D engineers, one of the largest in the video surveillance industry, and it dedicates about 7 to 8 percent of its revenues to R&D. The North American R&D Center and Research Institute will be the first established outside of China. Hikvision will exhibit its enterprise-level security solutions at ISC West, Booth 18037, in Las Vegas, April 5-7, 2017. 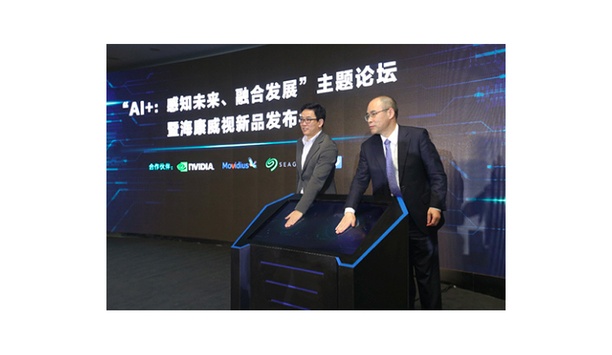