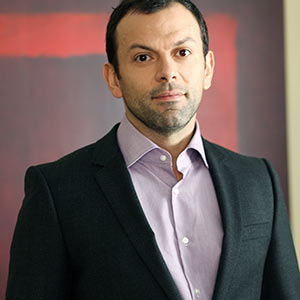 Georges Karam holds a Bachelor of Computer Sciences and a Masters of Business Administration and was the 2012 recipient of the prestigious EY Québec Entrepreneur of the Year in the business-to-business products and services category. 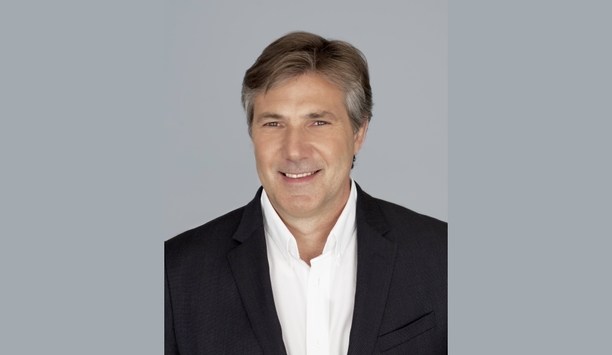 Genetec Inc, a technology provider of unified security, public safety, operations, and business intelligence solutions, announces two promotions within its executive leadership team. Guy Chenard, has been promoted to Chief Commercial Officer from his previous role of Vice President of Sales. Michel Chalouhi has taken on an international position within the company and is now Vice President of Global Sales. Both executives are based in North America and will travel throughout all geographic regions to set commercial strategy and organizational trajectory for the Genetec physical IP security solutions and operations software business. Genetec has led innovation in security for the past 21 years, posting a global 30% CAGR for the past ten years. Internal Corporate Growth An executive with Genetec for the past 13 years, Mr. Chenard oversaw the sales group as they quadrupled the size of the global business in the last seven years. Mr. Chenard replaces Mr. Georges Karam, who will remain in a senior advisory capacity focused on internal corporate growth initiatives. In his new role, Mr. Chenard will lead sales, marketing, and customer experience departments across the organization as they scale the business with new software and appliance offerings focused on intelligence, operations and security. Mr. Chalouhi will drive global sales operations worldwide—ensuring alignment and collaboration among the technical, operational, and sales staff Michel Chalouhi has been with Genetec for 15 years, most recently spending seven years as the Vice President of North American Sales where he oversaw significant growth in regional revenues, as well as the solidification of Genetec as the market share pioneer for Video Management Systems. In his new position, Mr. Chalouhi will drive global sales operations worldwide—ensuring alignment and collaboration among the technical, operational, and sales staff to continue to deliver on the company’s growth plans. Meaningful Customer Experience “The world has an insatiable appetite for software and connecting end users with our technology doesn’t only depend on the innovation and capacity of our Research & Development team. It also depends on our commercial teams’ ability to actively teach and guide our customers through the labyrinth of sometimes conflicting technological choices, to build and support our channels and end users, and to shape and deliver a meaningful customer experience,” said Pierre Racz, President and CEO of Genetec. “Both Guy and Michel embody the skill, dedication, and passion that we prize at Genetec, qualities that will enable them to drive our business forward and support our ambitious vision for the future.”

Genetec Inc. a provider of open architecture security and public safety solutions announces two new senior executive appointments. With a mandate to ensure secure internal and external IT operations, Mr. Yves Bilodeau joins Genetec as Vice-President of Information Systems. He will manage cybersecurity, information technologies and systems. Ms. Nadia Boujenoui joins as Vice-President of Customer Experience, where she will be responsible for implementing operations, services, and support strategies, along with policies and programs focused on customer success throughout the client lifecycle. Previous Experience Mr. Yves Bilodeau is a seasoned industry veteran with over fifteen years of experience in the technology and information systems industries. He most recently served as a General Manager at Metalogique, an information technology and service enterprise. His key competencies include leading large and diverse IT groups in Canada, Europe, and the US, and developing technological processes to drive business growth. Ms. Nadia Boujenoui brings close to fifteen years of experience in customer service and support in the aviation industry, including over 10 years of management experience from Pratt & Whitney Canada where she most recently served as Senior Manager in their Customer Programs organization. Her core competencies include leading global and multi-disciplinary teams, driving large-scale business transformations, and implementing Voice of Customer programs to increase customer satisfaction and foster greater loyalty. “As Genetec continues to grow in its 20th year of innovation, we welcome these two highly-experienced executives to the senior management team,” said Georges Karam, Chief Commercial Officer at Genetec. “Both Nadia and Yves will assure that the customer experience and IT systems and infrastructure will support all the growing markets we serve worldwide,” added Karam. 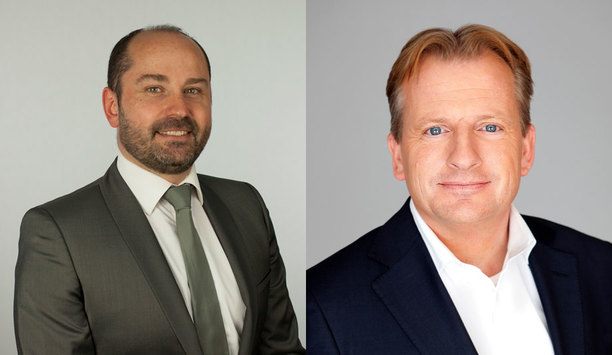 The two new executive appointments at Genetec align with the opening of the new Genetec European HQ in Paris Genetec Inc., a provider of open-architecture and unified IP security solutions has announced two new senior executive appointments and new European headquarters in the eighth arrondissement of Paris, France. Mr. Cyrille Becker joins Genetec as General Manager, Europe and will oversee European operations, positioning the business for growth in the European market. Mr. Jos Beernink has been appointed Vice President of Sales, Europe, Middle East and Africa (EMEA), where he will direct the sales organization, developing new business and helping the channels address growing business demand. Genetec New Executives Mr. Cyrille Becker is a seasoned business developer with fifteen years of experience in the security industry. He most recently served as a Business Unit General Manager at Stanley Security France, a long-time Genetec partner. His key competencies include leading large and diverse teams, fostering organic growth and developing new market opportunities. Mr. Jos Beernink joins from another valued Genetec partner, Honeywell, where he worked as Vice President of Sales and Marketing. In this role, his primary remit was to drive territory growth, which he will apply in his new position at Genetec. Mr. Beernink has been a highly respected member of the technology sector for over twenty years. New Genetec European HQ These two executive appointments at Genetec align with the opening of the new Genetec European headquarters, located at 6 Rue Daru in central Paris, a short walk from the Arc de Triomphe and Champs-Élysées. Designed to accommodate the rapid growth of Genetec in the European market, the office spans three floors with expanded facilities for engineering, sales, support, training, client and technology partner demonstrations and events. “With the strategic appointments of Mr. Beernink and Mr. Becker, and our expanded European headquarters in Paris, we are well positioned to address the rapid business growth that Genetec has experienced over the past years, and meet the needs for physical security across the many different vertical markets we serve in Europe,” said Georges Karam, Chief Commercial Officer at Genetec. “We look forward to welcoming new and existing partners, integrators and end-users to our new facility.” 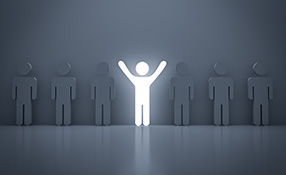 Given the current trend toward consolidation, the industry has seen more camera manufacturers and software suppliers aligning under the same owner. Bucking the trend is software company Genetec.  “Staying independent will help us innovate,” says Georges Karam, who recently joined Genetec as chief commercial officer. “What’s important for the customer is the end-to-end solution, and our integrators can provide that.” Genetec positions itself at the center of an ecosystem unifying best-in-breed solutions from a wide variety of manufacturers, and the company employs teams of software engineers working constantly to ensure smooth integration of hardware into unified systems. Rooms of cameras and other equipment at Genetec’s Montreal offices, used to test software interfaces, are evidence of the ongoing effort. “It’s hard to do what we are doing at any depth,” says Pierre Racz, Genetec’s president, founder and CEO. “Making software by a non-software company is difficult. Big non-software companies, when they apply non-software corporate organization models, they fail. The industry is a process of natural selection, and there will be fewer players.” Some 27 percent of Genetec’s income derives from “services,” which involve providing support to end users (on behalf of integrators) to ensure proper functioning of the software and a positive “experience” of implementing it (including software maintenance agreements, project management, deployment management, etc.) “We put on our integrators’ hats and their t-shirts and act as embeds on their teams,” says Racz. “We encourage integrators to buy these services from us to ensure a good customer experience. The end user experience is very important to us.” To that end, Genetec works with a “select, highly motivated” channel of 600 of the best integrators in the industry, says Andrew Elvish, Genetec’s vice president of marketing and product management. Genetec integrators require a “depth of knowledge” of the company’s software, Elvish told a group of security industry journalists visiting the company’s office in Montreal. Genetec positions itself at the center of an ecosystem unifying best-in-breed solutions from a wide variety of manufacturers Genetec is also continuing to expand its software capabilities, and the types of hardware it can tie into its systems. In addition to video, access control and license plate recognition (LPR), the Genetec system is also launching a capability to integrate communication devices (such as intercoms) using Session Initiation Protocol (SIP). Expanding functionality, the software is adding a new module to guide operators’ decisions in response to an unwanted incident to reach a desired outcome. Genetec is also embracing the cloud with enthusiasm. Their “hybrid” approach allows customers to be as premise-based or cloud-based as they feel comfortable, with the ability to transition anytime and with their systems operating seamlessly at whatever level of cloud usage, all invisible to the user. On the marketing side, Genetec is implementing a new initiative called Citywise, aimed at various end user stakeholders in a city and seeking to achieve a more unified approach to how security (and video surveillance) can improve quality of life. “A wider view, in our opinion, brings people closer to a more complete understanding of how security can function in their city,” says Elvish. “Even though we do all sorts of things in a city and go about our daily life in many different parts of a city, we don’t often see the city as a unified environment,” he adds. The new “mindset” in how Genetec approaches cities is built around maximizing the collaboration within cities, which might include the city government and also local transit authorities, medical facilities, education facilities, etc. Genetec software’s “Federation” capability allows multiple security systems to be tied together and accessed as a city-wide whole.

Mr. Karam will be responsible for setting the company’s global commercial strategy Genetec, a leading provider of unified IP security solutions recently announced the appointment of respected and accomplished Canadian businessman Georges Karam to Chief Commercial Officer. In this newly added corporate officer position, Mr. Karam will work closely with Genetec President and CEO, Pierre Racz, and will be responsible for setting the company’s global commercial strategy and organizational development trajectory to drive business growth and market share for Genetec. Prior to joining Genetec, Georges Karam was the co-founder and CEO of Atelka Enterprise, a business process outsourcing (BPO) services company, backed by Pierre Racz.  Atelka employs over 2500 people and was ranked seventh fastest growing company in Québec by Les Affaires. Combining vision and pragmatism, Mr. Karam has also been investing in emerging and established companies for several years, including retail franchises and major real estate projects in Canada and abroad. Mr. Karam holds a Bachelor of Computer Sciences and a Masters of Business Administration and was the 2012 recipient of the prestigious EY Québec Entrepreneur of the Year in the business-to-business products and services category. "I have known and worked with Georges for over a decade, and we are delighted to have him join us as we take Genetec into its next phase of growth,” said Pierre Racz, President and CEO of Genetec. “George brings the combined drive of a born entrepreneur with the rigorous business acumen of a seasoned corporate executive. We warmly welcome him home,” added Racz. 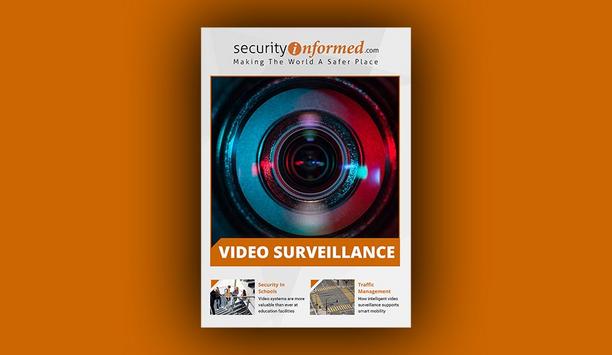