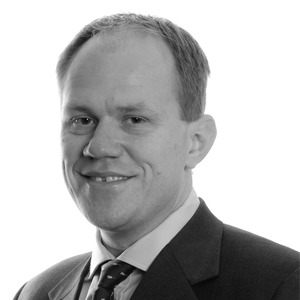 Colin Evans is the Chief Operating Officer at Digital Barriers where he is responsible for engineering and operations. Colin has 21 years’ experience working in the defense and homeland security market, delivering complex technology systems, managing relationships with other technology partners and system integrators, and optimising internal delivery processes. Prior to joining Digital Barriers, Colin spent 15 years with Detica Group plc, where he was also Chief Operating Officer. 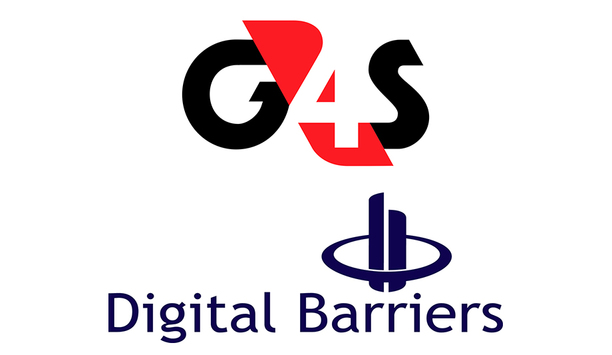 Digital Barriers plc is pleased to announce that its ThruVis thermal screening camera technology was deployed by G4S to enhance security at the Manchester “One Love” Concert at the Emirates Old Trafford Cricket Ground, Manchester on the 4th June, 2017 and throughout the week of the British Summer Time event at Hyde Park, London 3-9th July 2017. Manchester “One Love” Concert Digital Barriers and G4S offered their services to the organizers of the One Love concert, responding to the need for additional security assurance. The event’s security infrastructure, including ThruVis, protected an audience of 50,000 visitors, as well as staff and artists including Liam Gallagher, Coldplay, Katy Perry and Robbie Williams. British Summer Time Event At the British Summer Time event in Hyde Park, ThruVis was deployed for the whole week both at VIP entrances and also at public gates, screening at rates of up to 1,000 people per hour. A total of 50,000 people were screened by ThruVis through the week at an event headlined by artists such as Kings of Leon, The Killers and Tom Petty and the Heartbreakers. Additional Security Assurance G4S chose to use ThruVis as it provides a unique new security capability. Firstly, it offers additional security assurance by seeing non-metallic threats like explosives and ceramic knives, as well as guns, at distances in excess of 5m. Secondly, as a thermal camera, it is completely safe and respectful of personal privacy. Finally, by reducing queuing times and minimizing the need to divest clothing, ThruVis dramatically improves the visitor “experience”, as shown by the 98% satisfaction rating from visitors screened at Hyde Park. Enhanced Security At Minimal Inconvenience G4S Director of Events Eric Alexander, said, “We used Digital Barriers' ThruVis passive screening solution, to support our security arrangements at the event.  We recognize that new security innovations play an important role in strengthening our capability and increase the public's confidence in the measures we use to keep them safe.” Colin Evans, Chief Operating Officer at Digital Barriers, said, “The public expects enhanced security around high profile public events and would prefer this to be provided with minimal further inconvenience. We are confident ThruVis is the only security technology available today that meets this need and we are delighted to be working with G4S to make this important new capability widely available.”

EdgeVis Live for Body Worn can stream live, near zero-latency video over constrained wireless networks Digital Barriers recently announces the launch of a new generation of wearable ‘body worn’ cameras for the defense, security and law enforcement markets at Security and Policing 2016. EdgeVis Live for Body Worn can stream live, near zero-latency video over constrained wireless networks, using bandwidths as low as 9kbps over 2G and GPRS networks, with full high-definition video over 3G and 4G. Designed For Military, Security And Law Enforcement For the first time, live video feeds can now be streamed to control rooms and to others in the field, with no latency and no picture breakups. This means it can be used in real-time decision-making, not just as an independent record of what happened, to be reviewed after the event. The core technology was designed for military, security and law enforcement customers around the world, and has been proven on countless operations. No other technology on the market can match the live streaming capabilities of EdgeVis Live for Body Worn, which includes proven web-based evidence management and storage, as well as end-to-end security and accredited levels of encryption to ensure that video streams cannot be intercepted while meeting compliance requirements.   Real-Time Streaming For Situational Awareness  “There is an increasing need for live situational awareness and a growing desire to increase public and officer safety with widespread adoption of wearable video. The ability to provide actual real-time streaming with no latency and no image breakup over any network, including limited and congested cellular networks in remote locations and city centers, takes body worn to a whole new level. While collecting evidential quality video is clearly vital, we believe adding the ability for others to see what is happening live is game changing” explains Colin Evans, Chief Operating Officer at Digital Barriers. Additional EdgeVis Live for Body Worn features include integration of video feeds into existing video management solutions, GPS tracking and the ability to tether to vehicle based camera systems or transmit through standard-issue mobile phones, giving greater flexibility for deployment. Digital Barriers will be debuting EdgeVis Live for Body Worn at Security & Policing from 8-10 March.

Milestone Systems, the open platform company in networked video management software (VMS), has released Device Pack 8.1 for partners and customers using Milestone XProtect monitoring solutions. A highlight of this release is support for Digital Barriers’ TVI wireless video streaming that contains a patent-protected codec which dynamically adjusts video image resolution and pixel density to fit the quality of bandwidth available for video transmission. TVI thereby ensures delivery of highly reliable, secure, real-time video over mobile and other low-bandwidth networks from first-responder units to control rooms and Accident & Emergency (A&E) units. Also notable in Device Pack 8.1 is XProtect support for the Sony Generation 7 4K cameras and the Samsung WiseNet Lite camera series. This release further expands on the number of supported devices in XProtect to more than 4,600 (plus various devices in series and non-listed OEM devices). 145 hardware manufacturer brands are supported. Full Support For Digital Barriers’ TVI In XProtect The open platform technology used in Milestone offerings ensures support for more than just cameras and encoders. In this Device Pack release, the integration of TVI wireless video streaming enables reliable distribution of near-zero latency video from challenging operational environments or mobile units that have limited or variable network connectivity. The integration allows the deployment of body-worn cameras, on-board vehicle cameras and highly mobile public safety video systems for enhanced operational capabilities, events and much more. One example of use already pioneered by Digital Barriers is mobile emergency service units relaying live video directly from ambulances, together with Electro Cardiogram (ECG) and other vital signs’ data, to A&E teams waiting in the hospital for patients to arrive. Transmitting continuous data to the hospital, along with visual status of the patient, optimizes time for initial clinical assessment, triage and preparations. This results in more accurate diagnoses and better outcomes for patients. Milestone XProtect VMS Integration “Milestone XProtect, together with our class-leading TVI wireless video streaming solution, means that first-responder units and others operating in the field can relay usable real-time video to central control rooms to support decision-making and operational effectiveness,” says Colin Evans, Chief Operating Officer, Digital Barriers. “The combined offering opens up a world of opportunities across the military, police, healthcare services, transportation, manufacturing, construction, natural resources and other sectors.” The integration has been implemented in record time, with the first proof of concept shown at IFSEC 2015 in London this June. The complete integration between Milestone XProtect VMS and the Digital Barriers TVI solution will be shown in the Milestone booth 3222 at ASIS Sept. 28 – Oct. 1 in Anaheim, California. The Milestone-Digital Barriers integration has advantages beyond the ability to use devices on low and variable bandwidth connections. TVI uses a very strong encryption scheme, securing the connection even if public networks are used for the video stream. Another protection feature is the dedicated recording server setup in XProtect: the physical location of the stored video data can be documented at all times, ensuring full compliance to data protection acts. TVI has already been sold into more than thirty countries. This highlights the demand for infrastructure solutions with efficient use of available bandwidth. “This is yet another testimonial of the power of Milestone open platform technology,” says Henrik Sydbo Hansen, Head of the Camera Partner Program at Milestone Systems. “This rapid implementation of the TVI solution is a clear illustration of our continuing dedication to the broadest and most comprehensive device support in the market. We support such new innovations in mobile technology by offering the DB-connected cameras with a Milestone device license model similar to our encoder license setup – one license per TVI server until 2017.” Other Milestone Release Highlights Extended support for Sony Generation 7 cameras has been added as well as support for Samsung WiseNet Lite cameras. The Milestone Device pack supports SNC-VM772R Sony's first 4K network security camera. The camera captures 4K/30 fps video footage with a minimum illumination of 0.06 lx, thanks to the camera's large 1.0-type back-illuminated Exmor R CMOS image sensor, image processing engine and zoom lens. The new series of Samsung WiseNet Lite cameras includes 1.3 MP and 2 MP Full HD IP cameras available in a number of configurations and feature sets. WiseNet Lite cameras feature 60dB Digital Wide Dynamic Range (DWDR) and Lens Distortion Correction (LDC), which compensates for image distortion that can occur with wide angle lenses.