At ISC West 2015, security video standards organization the HDcctv Alliance will show visitors that the HDCVI 2.0 standard facilitates migration to 720p/1080p surveillance – and beyond.

The Alliance is also already looking ahead, and has developed a roadmap for the subsequent versions. When the next-generation HDCVI 3.0 standard is introduced, it will provide for cost-effective 4K surveillance video transmission, while remaining backwards compatible with HDCVI 2.0.

The HDCVI 2.0 standard in final preparation has been adopted by a number of semiconductor manufacturers, including California-based Exar, who will feature on the Alliance’s booth, alongside surveillance equipment manufacturing powerhouse Dahua and fast-growing American security brand Gen IV.

Dahua is a world-leading advanced video surveillance solution provider and the inventor of HDCVI technology, and will demonstrate the HDCVI 2.0-compliant, versatile eight-channel DVR HCVR7208A-S2 during ISC West, as well as the HDBW2220R-Z fixed camera.

Exar delivers high performance mixed-signal integrated circuits and advanced subsystem solutions to the video surveillance market. The company will showcase its portfolio of HD video surveillance products, including new PCIe DVR add-in cards for both 960H and HDCVI cameras, as well as new IP and HDCVI camera modules. Exar’s commitment to the HDcctv Alliance and the global HDCVI standard continues with two new video processors for HDCVI encode and decode in addition to the camera modules and DVR add-in cards.

Tim Shen, Director of Overseas Marketing at Dahua, said: “Dahua is delighted to participate in the HDcctv Gallery at ISC West 2015. As more and more semiconductor manufacturers adopt the technology, it is increasingly clear that the HDCVI 2.0 standard is the security industry's only real choice for analog HD local-site transport.”

Colin Earle, Senior Director, Product Marketing at Exar, said: “ISC West is an outstanding venue to demonstrate Exar’s prowess as a mixed-signal semiconductor company focused on the video surveillance vertical market segment. Our latest HDCVI offerings at both ends of the cable enable our customers to upgrade to true HD video at distances over 500m for their existing coax installed-base.”

Zachary Spradlin, Vice President at Gen IV Technology, said: “As America’s first distributor of HDCVI equipment, Gen IV Technology is excited about the progress the HDcctv Alliance is making for the industry. The Alliance has been and will remain instrumental in maintaining interoperability and quality standards in this ever-evolving HD surveillance world. We’re pleased to return as sponsors of the Alliance ISC West demonstration, and we increasingly value our role as Manufacturing Members of the Alliance.”

Also exhibiting on the Alliance booth will be coaxial connectivity products manufacturer Telecom & Security. Giovanni Pugliese, CEO of Telecom & Security, said: “At ISC West we will introduce our brand new BNC connector, the ideal solution for the new 1080p HD analog cameras. All our connectors work with our patented CaP System technology: one quick, easy and reusable connector for any cable size. CaP System yields optimum results for HDCVI 2.0 transmission.”

At ISC West 2015 the HDcctv Alliance will be exhibiting on Booth 4116, where visitors are encouraged to meet Alliance members, see the latest technology in operation, and discover more about the benefits of HDCVI 2.0 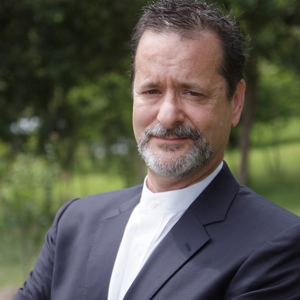 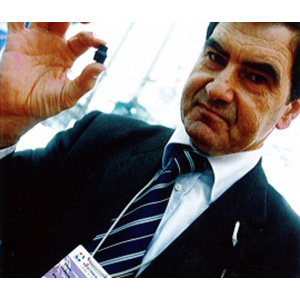