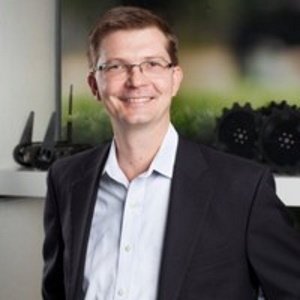 Tom Frost is the VP and General Manager for Unmanned Ground Systems at FLIR Systems. Previously Tom Frost was also the Member of the Board of Directors at National Advanced Mobility Consortium (NAMC). 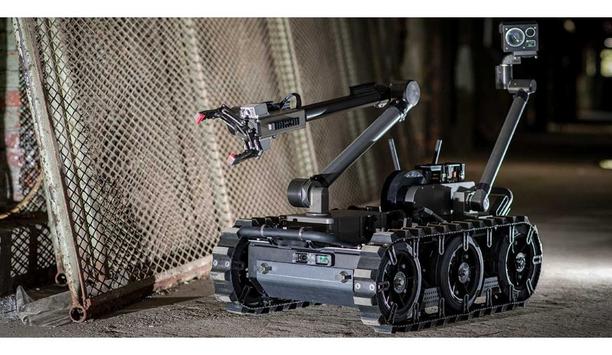 FLIR Systems, Inc. announced that it has received an additional US$ 30.1 million contract from the United States (U.S.) Army for sustainment efforts, tied in part to the service’s Man Transportable Robotic System Increment II (MTRS Inc. II) and Common Robotic System-Heavy (CRS-H) ground robot program. IDIQ contract The contract raises the maximum value on the company’s existing Indefinite Delivery, Indefinite Quantity (IDIQ) contract to US$ 88 million, covering maintenance, parts and overall sustainment support for the entire FLIR unmanned ground systems family of small, medium and large robots used by the Army. “We’re proud to be supporting the U.S. Army on two vital programs of record designed to confront a new generation of threats on the battlefield,” said Tom Frost, Vice President for Unmanned Ground Systems in the Unmanned and Integrated Solutions business at FLIR Systems. Delivering lifesaving robotic technology In 2019, the US Army selected the FLIR Kobra robot as its CRS-H platform Tom Frost adds, “From the Kobra and Centaur platforms to our smaller PackBot and FirstLook robots, we are well positioned to provide high-quality, cost-effective sustainment efforts over these systems’ lifespan and deliver lifesaving robotic technology to America’s warfighters.” In 2019, the US Army selected the FLIR Kobra robot as its CRS-H platform. The five-year production contract is worth up to US$ 109 million to build upwards of 350 unmanned ground vehicles. In November, the Army announced it had begun fielding CRS-H. Modular payloads for CBRN detection Explosive Ordnance Disposal (EOD) teams will use the system to perform a range of missions, such as disarming vehicle-borne improvised explosive devices and other heavy-duty jobs. Modular payloads can be added for chemical, biological, radiological and nuclear (CBRN) detection and other tasks. In 2017, the Army selected the medium-sized Centaur robot as its MTRS Inc. II solution. FLIR is delivering systems under that multi-year program of record, valued at more than US$ 150 million upon award, including options. Since then, other U.S. military branches have opted to deploy Centaur as well. Centaur unmanned ground systems Over the last year, FLIR Systems has announced multiple orders that total nearly US$ 100 million for more than 750 Centaur unmanned ground systems from the US Army, US Air Force, US Navy, and US Marine Corps. In addition to its use for bomb disposal efforts, Centaur operators can quickly attach different sensors and payloads to the robot, in order to address other missions, including CBRN threats. 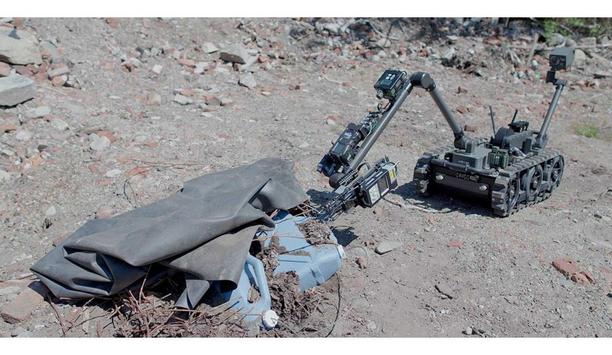 FLIR Systems, Inc. announced that the United States (U.S.) Army, Air Force, and Navy have collectively ordered more than 250 additional FLIR Centaur™ unmanned ground vehicles (UGV), worth $32 million combined. The award is being sourced through the Army’s Man Transportable Robotic System Increment II (MTRS Inc. II) program. Over the last 12 months, FLIR has announced multiple orders totaling roughly $97 million for more than 750 Centaur unmanned ground systems from the Army, Air Force, Navy, and Marine Corps. Improvized explosive devices Explosive Ordnance Disposal (EOD) teams across all services will use the FLIR Centaur to assist in disarming improvized explosive devices, unexploded ordnance, and similar hazardous tasks. Operators can quickly attach different sensors and payloads to the robot to address other missions, including chemical, biological, radiological and nuclear (CBRN) threats. “We’re tremendously honored that EOD teams across America’s military are relying on our Centaur robot to help them perform dangerous missions with greater stand-off capability,” said Tom Frost, VP and general manager for Unmanned Ground Systems in the Unmanned and Integrated Solutions business at FLIR. Electro-Optical infrared cameras FLIR is delivering systems to the Army under that multi-year program of record “From enabling easy software updates to enhanced electro-optical infrared cameras, controllers, and communication systems, the Centaur can be a game-changer for troops on the battlefield. Sharing common technology across EOD units also creates efficiencies for joint service operations, training and sustainment,” Frost added. In 2017, the U.S. Army selected the medium-sized Centaur robot as its MTRS Inc II solution. FLIR is delivering systems to the Army under that multi-year program of record, which upon award was valued at more than $150 million, including options. These latest orders fall under the current ceiling. Ground robot system Since then, other U.S. military branches have opted to deploy the Centaur to their EOD teams as a new or replacement ground robot system. Centaur is a medium-sized UGV that provides a standoff capability to detect, confirm, identify, and dispose of hazards. Weighing roughly 160 pounds, the open-architecture robot features an advanced EO/IR camera suite, a manipulator arm that reaches over six feet, and the ability to climb stairs. Modular payloads can be used for CBRNE detection and other missions. Deliveries are expected to begin in the first quarter of 2021.