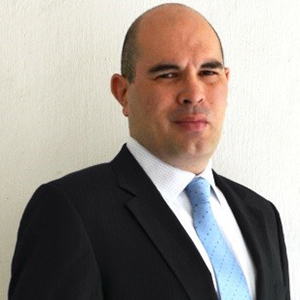 For 15 years, Cota was the Business Development Manager for Latin America for Lenel and Interlogix.

Feenics new Director of Sales for Latin America Diego Cota will be responsible for expanding Keep to new markets When Feenics Chief Executive Officer (CEO) Sam Shalaby sold his premier systems integration firm Future Security Controls to Convergent Technologies in December 2013, it was the beginning of the Keep™ by Feenics cloud-hosted security management platform. Now Shalaby, who built the industry leading Keep software program from the ground up, is fine-focused on growing the company’s channel partner program and helping systems integrators boost recurring monthly revenue with managed services. In Anaheim, Calif., in conjunction with ASIS 2015, Feenics held its first VAR meeting under the direction of Shalaby, who met with nearly two dozen systems integrators to explain the advantages of moving into a Software as a Service (SaaS) model. Expansion Into New Markets Shalaby believes systems integrators can readily adopt SaaS and become more efficient in business by embracing cloud services. “SaaS is a process and a mindset. We can help systems integrators readily adapt to this new way of doing business, so they can be responsive to their customers and run profitable companies for years to come,” he says. He plans to be actively involved with the value-added reseller community as they develop their service-based strategy utilizing Keep™.  Paul DiPeso, Executive Vice President of Feenics, will continue to lead the day-to-day operations of the company. Diego Cota Appointed Director Of Sales, Latin America In addition, Feenics recently hired Diego Cota as Director of Sales for Latin America. For 15 years, Cota was the Business Development Manager for Latin America for Lenel and Interlogix. Cota will be responsible for introducing and expanding Feenics’ reach into this region of the western hemisphere. His hire will allow Feenics to expand Keep to new markets and address the nascent regions of Mexico and Central America.