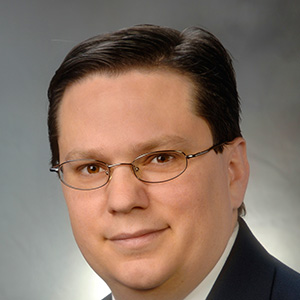 David has developed and implemented interdepartmental programs and education offerings. He has served as author and/or subject matter expert in the writing and publishing of international and national standards (IEC, ANSI) and recommended practices. He has also served as chief technical editor on CEDIA's first technical reference manual, which is a 650 page book covering all aspects of the industry from installation to project management. Before joining CEDIA he was the Senior Director for SBCA. His past experience includes managing 275 + trainers teaching NSTP program nationwide as well as hiring, firing and disciplining instructors not complying with NSTP regulations. 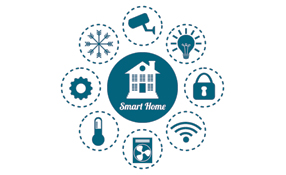 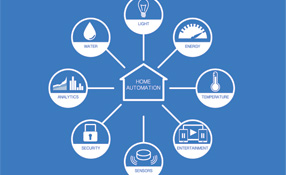 Once home automation – controlling everything from HVAC to door locks to lights to security cameras – was solely the providence of the high-end home. Custom systems were pricey – some ranging upwards of $100,000 or more. That was before widespread access to broadband internet and before everyone started carrying a powerful internet-connected mini-computer – called a smart phone – in their pocket. Home Automation Goes Mainstream These days the Smart Home has gone mainstream. Home automation apps to control lights, locks and cameras can be purchased at The Home Depot or ordered from Amazon.com. Customers of Comcast’s Xfinity Home solution can call a technician to install its “smart” devices, but the service offerings are tiered: On the low end you do it yourself while you have to pay more for a high-end full-service offering that includes home security monitoring. DIY Home Security: A Good Fit? “Over the last few years you’ve seen a move toward I would say DIY and entry-level automation,” says Dave Pedigo, Senior Director of Learning & Emerging Technologies at the Custom Electronic Design and Installation Association. “There are DIY products, and entry-level solutions you can get from the big providers and they’re very affordable. So the biggest difference is in reliability.” "There are DIY products, and entry-level solutions you can get from the big providers and they’re very affordable. So the biggest difference is in reliability", says CEDIA’s Dave Pedigo For the handy “do-it-yourselfer,” home automation can be cheap and easy, if not always good – or safe for that matter. Instead of paying for monthly monitoring, homeowners can install a web cam, access from a smartphone or tablet and essentially do their own security monitoring. The downside of this approach is readily apparent. Without full-time monitoring, homeowners can easily miss the break-in or the aged parent who falls and can’t get up. Until they log on and take a look, there’s no central station to send medical aid or call the police. Connecting door locks and other devices to the Internet can also open a door to hackers, if the infrastructure isn’t properly protected. Challenges With Mainstream Home Automation “Yes, home automation is becoming more mainstream, which is raising general awareness for the category as a whole,” says Sean Goldstein, vice president of marketing at Crestron. “The elements that are mass market are cookie cutter.” In the high-end space, when people want different interfaces, or to control systems in a more custom fashion, a more advanced home automation system is needed. “Off-the-shelf home automation systems won’t be able to accommodate the needs of every customer and their lifestyle,” he says. To separate themselves from the DIY crowd, these security companies are emphasising the whole home solution “Where I think Vivint differentiates itself is in offering a complete solution to our customers in an affordable way,” says Joe Albaugh, Vivint’s Chief Security Officer. “The key is offering everything from the home security platform to energy management to lighting to cameras and even a doorbell camera. It’s a package that we’ve offered that’s built to work together out of the box.” 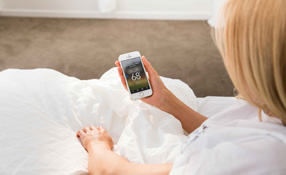 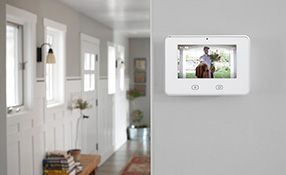 Just how big is the home automation industry? One way to tell is by looking at the sheer number of companies – large and small—that have rushed to enter this fast-growing space. They include some of the world’s largest corporations – Apple and Google – along with the nation’s biggest cable and telecom companies – Comcast and AT&T. It includes big names in security like Honeywell and ADT. Then there are less known, but fast growing, contenders such as Control4, Vivint, and Interlogix. Expanding Market Also trying to muscle their way into this space are the big cable and telecom companies who are attempting to build upon previous gains made through their alarm monitoring business. Comcast through its Xfinity Home business and AT&T’s Digital Life provide their already large customer base with the option of adding home automation services. “We saw a lot of opportunity for innovation and to bring more value to our customers,” says Dan Herscovici, senior vice president and general manager of Xfinity Home for Comcast. “A lot of the fundamental components of what it takes to deliver and launch a home security system we already had as part of our larger operations. It was a matter of bringing together the appropriate capabilities, delivering an innovative cloud-based security platform, and then delivering that holistic solution to our customer base.” Comcast expanded the appeal of its service by integrating devices from a host of partner companies and allowing customers to control them using a single remote. “Those guys are getting into the business and naturally the smart home is a way to further integrate their systems,” says Alper Cetingok, Managing Director, Head of Security, Defense & Government Services with Raymond James, a financial company. “They’re trying to do everything they can to sell as much as they can to one consumer. That drives unit economics for them significantly.” New players Joining these players are the technology companies including both startups offering new technology, as well as behemoths, like Google. While best known as the world’s premier search engine, the company spent $4 billion in 2014 acquiring smart home technology businesses including Nest (smart thermostats) DropCam (Wi-Fi camera) and Revolv (smart home platform). Electronics maker Samsung also shelled out $200 million to acquire connected home startup SmartThings. Comcast through its Xfinity Home business and AT&T’s Digital Life are also adding home automation services Developers were also thrilled to hear that Apple is diving further into the market with HomeKit, which will allow the iPhone and iPad to serve as a remote control for the entire house. Along with these companies are a growing number of pure-play automation businesses that are now expanding their offerings. Names such as Crestron, Savant Systems, Control4 and other long-time automation suppliers are also forces in the market. "Everything must be on a common platform including lighting, HVAC, security, AV, shades and more," says Sean Goldstein, vice president of Marketing at Creston. "We enable custom home automation systems to be designed, while empowering homeowners to take control of their home and be able to do fun things such as look at the trends report for their home – their energy consumption, device usage, device failure and more."  Inflow Of Funds  Private equity money has also started flowing in the industry as well. Blackstone Group acquired Vivint, a provider of security, home automation and technology services, in a deal worth more than $2 billion. Another good indication of how big the industry could become is the entrance of players far removed from the technology itself. There is even a one very large paper distribution company that has begun its own home automation solution. “Yes, there are lots of companies that are moving into it,” says Dave Pedigo, Senior Director of Learning & Emerging Technologies at the Custom Electronic Design and Installation Association. “There are some companies who are losing focus at what they do well to hop onto this home automation/ internet of things bandwagon. There are tons of different options available. The difference is in the reliability, the performance and the security. It’s not the same on all of these devices.”