Charles Koo is President and CEO at Iris ID Systems. Previously he served as Chairman for LG Electronics USA. He holds a degree in Electrical and Electronics Engineering from Yonsei University.

Iris ID is a part of Inc. 5000 list of America’s fastest-growing private companies

Iris ID, a pioneering provider of biometric iris recognition technology, announced that it was ranked number 2,947 in the 2020 version of the Inc. 5000, an exclusive ranking of the nation’s fastest-growing private companies.  Since 1997, Iris ID has developed, produced and sold one of the world’s fastest, convenient and most accurate iris-based biometric solutions for access control, identity verification and time and attendance. Iris ID platforms are used around the world in many markets including transportation, healthcare, immigration, finance and national ID.  “We’re honored to be part of this year’s Inc. 5000,” said Charles Koo, President and Chief Executive Officer, Iris ID. “This highly-respected recognition is a tribute to our team, our products, tremendous revenue growth and the customer and partner satisfaction we’ve achieved. Our identity-based applications are used extensively by many of the world’s most renowned corporations and government agencies.” 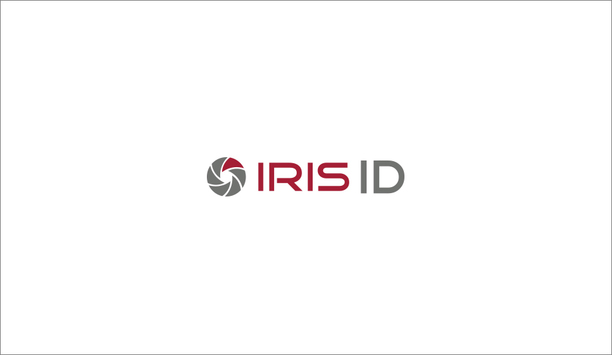 Iris Access is used by governments and major corporations around the world for access control Iris ID, a provider of iris biometric technology, announced Qatar National Bank (QNB) has begun using an Iris ID identity recognition solution to authenticate customers using the bank’s ATMs. The technology increases transaction security and convenience by allowing customers to have PIN-free access to all accounts. Iris Recognition QNB is Qatar’s largest bank and a leading financial institution in the Middle East and North Africa regions. The bank has 615 branches, subsidiaries, and associates in 27 countries on three continents. To use the Iris ID solution, the bank’s customers participate in a one-time registration at a QNB branch office. The two-minute process involves taking a digital photo of the iris, which is converted into a small template stored in a secure database. At the ATM, customers will need only a second to look into a built-in reader and have their iris pattern confirmed. Biometric Identity Authentication Charles Koo, President and Chief Executive Officer of Iris ID, said iris recognition adds another layer of security that cannot be copied, stolen, or otherwise obtained, unlike ATM cards and personal identification numbers (PINs). “Each person’s iris patterns are unique and unchanging, making iris recognition the most accurate—and rapid—means of biometric identity authentication,” he said. “This non-contact and sanitary solution is ideal to enhance security throughout the financial industry.” Iris ID’s iris recognition solution, Iris Access, is used by governments and major corporations around the world for access control, security, national ID, and border crossing programs.

The pilot project at the Otay Mesa portof entry will record and match entry andexit records Iris ID, a leading provider of iris biometric technology, today announced its participation in a U.S. Customs and Border Protection (CBP) project testing a biometric solution to identify certain non-U.S. citizens entering and exiting the country through pedestrian lanes of a busy Southern California port of entry. Pilot Project The pilot project at the Otay Mesa port of entry will record and match entry and exit records, while helping protect travelers’ identities against theft. It applies to foreigners when applying for U.S. visas and other travel documents and is designed to meet recommendations of the 9/11 Commission and Congressional mandates. The six-month pilot is being conducted at one of the busiest U.S.-Mexico land border entries with between 8,000 and 9,000 pedestrians crossing northbound daily. Six kiosks, equipped with fully-automatic Iris ID iCAM D1000 iris-face capture systems, have been installed at the border to create photo records of the iris, the colored part of the human eye, of non-U.S. citizens. Then as they subsequently cross the border, Iris ID readers will match their irises against those on record. If the pilot proves successful, the automated process may be expanded to other border crossing stations. No biometric data will be requested of U.S. citizens crossing the border in either direction. Charles Koo, President and Chief Executive Officer of Iris ID, said iris-identification has proven to be more accurate than fingerprint or facial recognition technologies and can be used by people wearing glasses or contact lenses. “Our iCAM D1000 and its core technology, commercially available since 1997, has been deployed at border crossings worldwide and has shown exceptional performance,” he said Iris Recognition Iris ID has integrated its technology with Portugal-based Vision-Box to create the project’s kiosks. Pedestrians using the system stand about 30 inches away from the readers, making the process hygienically safe and non-intrusive. “This is not like fingerprint scans that involve physically touching a reader,” Koo said. “Nor should it be confused with retina scanning, which requires very close proximity to the camera optics. Iris recognition is simply a digital photo using very low power near invisible infrared illumination. Iris scans are more comfortable and less invasive than conventional flash photography. Also, iris-based systems are no more intrusive than facial recognition technology.” Iris ID has been working with the CPB and the Department of Homeland Security’s Office of Biometric Identity Management (OBIM) for more than two years. Iris scans from the Otay Mesa project will be collected by the border patrol and stored in an OBIM database for subsequent matching. The OBIM’s iris data repository also uses Iris ID quality assessment and matching technology. According to the CPB, any images taken during the pilot will not be retained nor shared with any other government or private organization.

Woori Bank will apply Iris ID’s iris recognition technology to authenticate identify at ATMs, safety deposit boxes Iris ID, a leading provider of iris biometric technology, recently announced it has entered into a strategic memorandum of understanding (MOU) with Woori Bank, one of South Korea’s top three banks, to jointly develop a pilot project to enhance financial security. Iris Recognition For ATM Security By the end of the year, Woori Bank will apply Iris ID’s iris recognition technology to authenticate identify at ATMs, safety deposit boxes and for access control. If the project succeeds, Woori Bank’s 20 million customers may enroll at one of the bank’s 967 Korean branches to use the secure authentication system. “This agreement lays the foundation for cooperation between the bank and financial technology companies, as well as mutual cooperation among these service providers,” said Lee, Kwang Goo, President of Woori Bank. “We will make substantial investments to support this projects.” During the Iris ID pilot, bank customers will use iris recognition along with their ATM cards and PIN numbers to access financial transactions. Cards can be lost or stolen and criminals can obtain PINs through various methods. Iris recognition adds another layer of security that cannot be copied or stolen. “Iris recognition has been acknowledged as a very effective means of authentication – more accurate and rapid than other biometric technologies,” said Charles Koo, President and Chief Executive officer of Iris ID. “We intend to work closely with Woori Bank to capitalize on this agreement and introduce advanced iris recognition technology to South Korea’s Fin-Tech industry. Our plans are to include iris information linked to banking networks and in transactions with other banks.” Iris ID’s iris recognition solution, IrisAccess®, has global references in access control, security, national ID and border crossing programmes.