Intersec 2015 Set To Open In Dubai With Over 1,200 Exhibitors From Various Security Sectors

Strong demand for access control systems in the Middle East and Africa has paved the way for the world’s leading commercial security providers to ring in the New Year with their latest solutions when the 17th edition of Intersec opens in Dubai this month.

Worth US$200 million in 2014, the MEA access control market is estimated to grow 15 per cent annually up to 2018, when it will reach nearly US$500 million, according to consultancy firm Frost & Sullivan.

The double-digit growth is fueled by increased infrastructure spending across the region, with wireless locks, IP-enabled devices and iris detection systems among the latest access control technologies to be showcased at Intersec 2015, the world’s largest trade fair for the security, safety, and fire protection industries.

Among the world’s top ten commercial security providers exhibiting at the three-day event is Swedish lock manufacturer ASSA ABLOY, which will launch a range of new products including Yale ENTR – a wireless smart lock solution that allows users to control door locks from smartphones, tablets and other Bluetooth enabled devices.

ASSA ABLOY is the largest global supplier of intelligent locks and security solutions, accounting for more than one in ten of all lock and security installations worldwide.

Tarek Marawan, Vice President of Business Development, Middle East, at ASSA ABLOY Security Solutions, said: “Emerging markets, especially in the Middle East and Africa are very important for us due to upcoming opportunities, and through platforms such as Intersec, we can make consultants, system integrators and end-users aware of our latest offerings and local presence.”

“Intersec is a very popular event in the security industry and attracts a great deal of visitors from the Gulf and the Middle East; the growth of this yearly show is a sign of the growth in the industry,” said Firas Jadalla, the Middle East Regional Director for Genetec.

“This is Genetec’s 10th year at Intersec, and along with many of our hardware and software partners,  we will showcase our open-platform, IP-based Security Center which heightens an organization’s ability to manage, record and respond to a wide range of situations —with specific focus on access control and our new Sipelia communications module.”

Major local players will also be out in force, including Al Falak Middle East, one of the region’s largest security specialists, which is targeting 15-20 per cent annual business growth leading up to the Dubai Expo 2020.

Fellow UAE-based exhibitor Al-Taaraf Electronics also has high hopes for the regional security market for 2015 and beyond, and will launch its Display Command and Control Centre and other Physical Security-related products at Intersec 2015.

Sohaib Siddiqui, Projects Director at Al-Taaraf Electronics, said: “As more and more public infrastructure comes about across the Middle East and Africa, the need to have better and more complex access control and security systems will increase incrementally.

“We foresee security to be of utmost importance all over the globe, and the new security directives taken by most countries in the Middle East will definitely boost security sense at all levels of society.”

“With the emphasis on achieving safe and secure working and living environments becoming a priority for establishments across the Middle East and Africa, it is not surprising that we are witnessing growing interest in access control systems and products,” said Ahmed Pauwels, CEO of Intersec’s organiser, Messe Frankfurt Middle East.

“As the region's leading trade and networking platform for safety and security, Intersec is the ideal venue for buyers to source innovative, cutting-edge security solutions to suit their needs.” 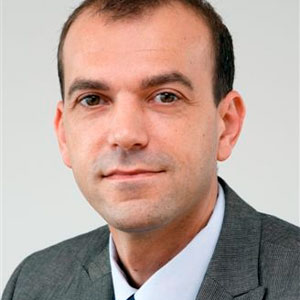