Heightened public awareness of the need to improve security, coupled with new developments in intruder alarm technology, mean that there are now some exciting new opportunities for security alarm installers to grow their business - especially for sales of alarm systems to premises at the low-to-medium end of the risk scale.

Consumer appetite for security is growing. Estimates supported by the British Security Industry Association (BSIA) suggest that the annual cost of crime to UK businesses - not including crime at domestic premises - has now topped £19 billion. And although government statistics show no statistically significant change in crime levels year-on-year, the public's fear of crime is increasing. This is causing some home owners to consider, for the first time, the installation of a security alarm system. At the same time, home and small business owners with alarm systems are being encouraged to review their existing protection.

In the past, a simple and inexpensive solution for a low-to-medium risk premises would be a ‘bells-only' alarm system. However, since the introduction of the Association of Chief Police Officers (ACPO)Security Systems Policy, home and small business owners with bells-only alarm systems find they are in a Catch-22 situation: police will no longer attend bells-only alarms. Instead, they require actual evidence of a crime in progress; yet police advise members of the public who might be tempted to investigate a bells-only activation not to put themselves at risk.

So these types of alarm systems just ring and ring, and the people most likely to turn up are the local environmental health development investigating the noise nuisance. No wonder that insurer Norwich Union Risk Services earlier this year branded such systems as ‘inadequate'.

There are now compelling reasons for owners to install some kind of monitored intruder alarm that is capable of delivering police response.

For higher risk premises (defined as Grade 3 or 4 under the European Standards for intruder alarm systems) where the system cost can be justified by the risk being protected, the answer is straightforward: a continuously monitored dual-path system.

However, since the advent of the new standards, there has been debate within the security industry about the appropriate grade choice for lower-risk premises.

To begin with, the insurance industry indicated that all medium-risk premises should deploy a minimum Grade 3 alarm system. However, that guidance has since fragmented and, for many premises, a lower grade system should be acceptable (an installer should always check with the customer's insurer to confirm that this is indeed the case).

The chances are that for both the bells-only upgraders and for many new installations, the insurer may be satisfied with a Grade 2 alarm system.

Traditionally, for this type of premises, a digital communicator (‘digi') would be used. But the digi is not without its problems. It is not a continuously monitored system - it only communicates when it is set/unset and if there is an activation. If the transmission line fails or is cut, it cannot register an alarm. Some such systems have been found to conflict with other telephony services such as RingBack, where they are used on the same line.

As a result, in the past, for the transmission element of Grade 2 alarm system, installers have found themselves rather between a rock and a hard place: the risk may not justify a Grade 3 or 4 transmission solution, yet a digi may not be perfect for the task.

This demand is now being met by a new breed of low-cost dual-path intruder systems. These types of Grade 2 transmission offer a secure, resilient, communications system.

This new generation of cost-effective alarm transmission solutions has a great potential to create new business for security alarm installers, by helping them to grow their customer base into what are hitherto largely untapped markets for dual-path monitored alarm systems.

These opportunities for new revenue streams are not just from new alarm customers, but also from up-selling existing bells-only and digi customers. Earlier this year, Norwich Union Risk Services released the results of a large-scale survey compiled by its risk advisors from 1,500 visited premises with intruder alarm systems. The survey showed that a quarter of customers visited are still relying on bells-only alarm systems to secure their premises.

That, alone, suggests a huge unexploited market for monitored alarm systems that the new breed of cost-effective Grade 2 alarm transmission solutions could be the catalyst to help develop. 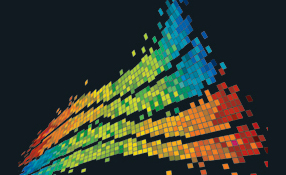 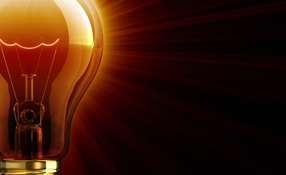 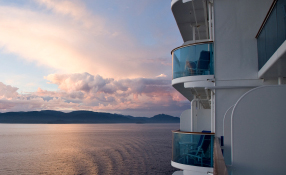