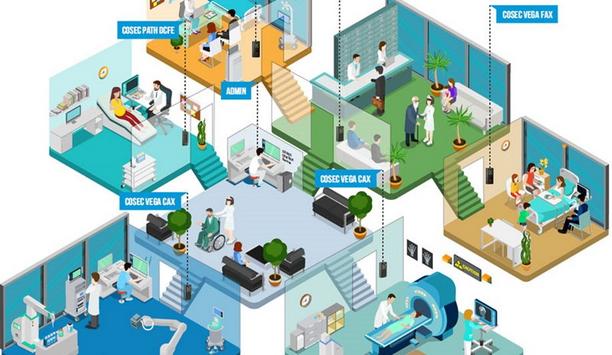 As the Jigme Dorji Wangchuck National Referral Hospital (JDWNRH) works round the clock, one of the major concerns was to manage complex shifts of employees. Elevator control, where only users with access rights can call the elevator, was another challenge the hospital wanted to meet. Furthermore, the customer also wanted a solution, with the help of which the admin could assign entry and exit points for patients, visitors and employees. Lastly, the management wanted to restrict visitor entry to a pre-defined time and rooms of the hospital for better visitor management. Access control solutions Matrix’s Access Control, Time-Attendance, and Visitor Management Solution along with the different variants of biometric devices fulfill every requirement of this renowned Hospital.  Around 206 devices were installed in the hospital that is used in controlling access at rooms and elevators. Devices were installed at the main entrance, wardrooms, server rooms, outside elevators, and ramps on every floor to restrict access. So, there is no individual in the building who is not enrolled in the system. As the hospital works 24 hours, there are multiple shifts in which the employees work. Through this, the hospital could manage multiple shifts of employees. Approximately, 700 visitor profiles were created with constrained time to visit, limited rooms to enter, and a pre-defined route of access. Also, the crowd at the elevator was controlled by restricting the use to only users with elevator access rights. Results JDWNRH fulfilled its requirement with Matrix People Mobility Solution and achieved the following results: Improved security by restricting un-authorized entry using an access control solution Reduced complexity of shifts by time-attendance solution Crowd controlling through elevator access control Time-based and zone-based entry restrictions for visitors and patients