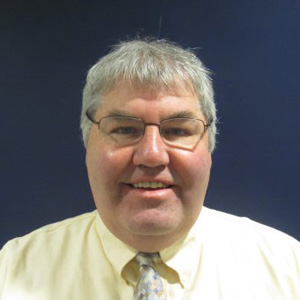 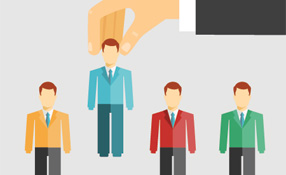 How To Succeed At Security Outsourcing

To succeed at outsourcing, the relationship between the organization and the outsourcing company has to be an equal partnership Can you save money on security by outsourcing? Maybe, maybe not, according to William J. Powers III, CIPM II, CIPI. “Considering the way I approach outsourcing, I’m not sure if it saves money,” says Powers. As director of facilities at the Sterling and Francine Clark Art Institute in Williamstown, Mass., Powers oversees facilities, maintenance and security for the museum. While some organizations outsource security in the hopes of saving money, Powers’ goal is good security. He outsources to Securitas. “They do background checks for us,” Powers says. “If I need an investigation, they have people that specialize in that. They provide officers for physical security, and they handle the technology — video surveillance, access control and intrusion alarms.” While Powers outsources the work to Securitas, he remains involved as a full partner in The Clark’s security operations. “If you bring in an outsourcing company and expect their people to set policies and standards and to establish security benchmarks for you, you will probably fail,” Powers says. “To succeed, the relationship has to be an equal partnership.” A new outsourcing partner doesn’t know your organization the way you do. You have to provide the policy guidance and enforcement standards. In addition, Powers notes that an organization that outsources security also needs an in-house contract manager who understands security. It can’t be the chief financial officer or the facilities manager unless one of them has solid security experience. Powers, for instance, has more than 30 years of experience in protecting cultural property. He has been at the Clark Art Institute since 1995. He is a member of the Board of Directors for the International Foundation for Cultural Property Protection (IFCPP). He is a certified instructor through the IFCPP and frequently lectures on cultural property protection. He is also vice chair of the ASIS Cultural Properties Council. "The in-house expert is important because he or she is one of three key players necessary to building a successful outsourcing program" “A consultant could serve as your in-house expert,” Powers says. “The in-house expert is important because he or she is one of three key players necessary to building a successful outsourcing program.” The other two people are the site manager for the contract security company and the branch manager for the security provider. Together, those three organize, manage and refine the security operation. Powers’ role in the partnership extends to setting salary targets for security officers. He has studied wages across the region and come up with a salary level he believes is reasonable. He asks his provider to meet that level. Managing compensation for officers is one of Powers’ major concerns because it helps with retention. “Poor compensation leads to high turnover,” he says. “I’m not talking just about salary; I’m also talking about benefits. Securitas pays 50 percent of our officers’ health insurance premiums. I pick up another 25 percent.” By making sure officers cannot find a better paying job in the area, Powers has tamped turnover way down. “We have contract officers that have worked here for more than 20 years,” he says. “Our turnover rate is less than 1 percent.” Then, too, if Powers doesn’t like an officer he calls the contract company and has him or her removed from the staff. That’s a benefit, as well. Firing someone from an in-house staff can be a drawn out problem. Outsourcing has many other benefits. For instance, if the museum hosts an event and needs 10 extra officers, Securitas can provide them quickly. An in-house operation would struggle to find 10 more people. “To sum up, to outsource security successfully, you have to pay for it,” Powers says. “We’re paying $11 per hour instead of $9, but our officers have great attitudes. Perhaps more importantly, you have to work as a partner with your outsourcing provider.” You may or may not save any money by adopting Powers’ approach, but you will have excellent security.