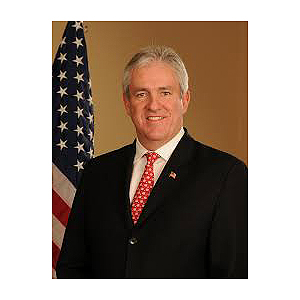 Tom Kallman is the President and CEO of Kallman Worldwide, Inc. He joined the company in 1989, and in addition to supporting its Munich-focused portfolio, he created Kallman’s aerospace department, supporting U.S. aerospace and defense companies at trade shows around the world. He is an active contributor to the International Association of Exhibitions and Events and The Union des Foires Internationales (UFI). He graduated from the U.S. Air Force Academy in 1981 with a BS in Engineering.

The U.S. Pavilion will feature industry leading companies such as Boeing, FLIR, Lockheed Martin, Pratt & Whitney, and more When the biennial International Marrakech Air Show 2016 (IMAS) opens on April 27 at the Menara Airport, RMAF Military Base, the United States of America will be among the show’s largest international exhibitors. With 15 participating companies, the size of the American contingent is a strong indicator of how important the region is to the U.S. aerospace and defense industry, and that countries throughout the region are likewise interested in working with U.S. companies to further their industry and economic goals. IMAS is Morocco’s most prominent aerospace and defense trade event. The U.S. presence, featuring industry leading companies such as Boeing (Booth #F-14), FLIR (Booth #F-25), Lockheed Martin (Booth #F-11) and Pratt & Whitney (Booth #F-10) is organized by Kallman Worldwide, Inc., the newly designated U.S. representative of the show, in coordination with numerous U.S. government agencies, including the departments of Commerce, Defense and State. Represents A Cross-Section Of Leading American Suppliers The centerpiece of the national effort, the nearly 500 sqm (gross) U.S. International Pavilion located in show Pavilion F, is a destination for buyers looking for an efficient way to meet a critical mass of U.S. suppliers, and an on-site business hub for U.S. exhibitors looking to maximize their exposure and impact at the event. Ranging from publicly traded stalwarts to privately held small-and-medium-sized enterprises (SMEs) such as Dillon, M International and WAGA International, exhibitors in the Pavilion represent a cross-section of leading American suppliers working to initiate and strengthen regional partnerships. “The growth of the showand the expansion of militaryand commercial aerospaceinfrastructure in Moroccosay a lot about the long-termopportunities for ourexhibitors here.” WAGA and another U.S. SME, Aerospace Maintenance Solutions (AMS) recently announced their own partnership to better support military aircraft from Morocco and other countries. The companies will exhibit together at IMAS at the WAGA Booth #F-5, where they will meet with military delegations regarding new repair capabilities, including parts for C-130s, F-5s and F-16s. “When U.S. companies commit to exhibit at IMAS, they’re saying they believe in the power of this event to attract real business prospects and customers,” said Kallman Worldwide President and CEO, Tom Kallman. “The growth of the show and the expansion of military and commercial aerospace infrastructure in Morocco say a lot about the long-term opportunities for our exhibitors here.” “Ask America First” Advocacy Campaign In addition to organizing the national Pavilion, Kallman Worldwide will promote U.S. exhibitors with its “Ask America First” advocacy campaign. The message will be placed prominently on site, integrated into hospitality and VIP events during the show, and highlighted in social media. “The United States is the world's biggest aerospace and defense supplier, but that’s no guarantee that buyers will look to work with U.S. companies over others,” said Kallman. “As the organizer of the U.S. presence at Marrakech, we have a responsibility to advocate not only for our exhibitors, but for our nation in this highly competitive marketplace. We want every visitor to ‘Ask America first’ at IMAS, and to be assured that America is listening.”