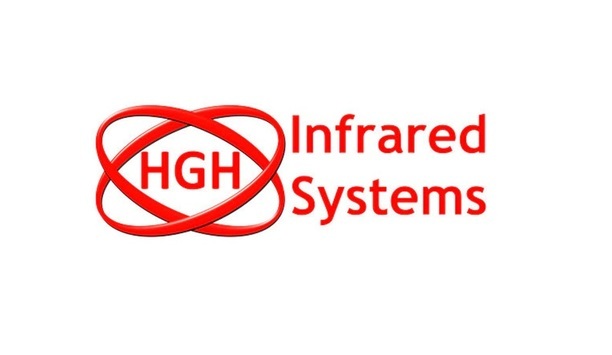 Optronics expert, HGH Infrared Systems announces the launch of its new tagline, Enlighten the Unseen as the company grows and harmonizes its global brand. The new positioning reinforces HGH’s one-stop company model for wide area surveillance, industrial thermography and infrared - visible test and measurement applications. Global branding harmonization US subsidiary Electro Optical Industries updated its logo to reflect its HGH Group association The HGH Group began worldwide brand harmonization efforts in March 2019 in order to strengthen the company’s identity, while expanding its high electro-optics market position with innovative high-tech products and services. Asia Infrared Systems, HGH’s subsidiary in Singapore, has been a marketed HGH brand for nearly a year. In alignment with this current brand harmonization promotion, US subsidiary Electro Optical Industries updated its logo to reflect its HGH Group association. “As part of our global branding harmonization, HGH’s new brand signature is a result of an internal survey in which employees made suggestions to express HGH’s vision. It was important to strengthen employee engagement in the building of the HGH Group,” said Thierry Campos, HGH Group CEO. High performance electro-optical devices  Jeffrey Anderson, Electro Optical Industries Inc. General Manager explains, “Enlighten the Unseen demonstrates our unique position, not only as the optronic expert of optical scenes, but also in how we do business, with passion and innovation.” HGH Infrared Systems’ innovative culture and desire to provide unique market solutions drive an increased product research and development investment. “Enlighten the Unseen reinforces the Group’s commitment to deliver innovative, high performance and reliable electro-optical devices, to better serve our customers today and in the future,” added Vincent Leboucher, HGH Deputy General Manager. HGH Infrared Systems will impart Enlighten the Unseen across all its markets in 2020.

Spynel-M surveillance system is a rugged and compact solution for wide area surveillance Following the award-winning international success of their widely recognized line of panoramic IRST cameras, HGH Infrared Systems is proud to announce the launch of their latest Spynel model, the Spynel-M. With dimensions of less than 12x20cm and weight of only 1.8 kg, the Spynel-M is a cost-effective, rugged, and compact solution for wide area surveillance. One single Spynel-M sensor effectively replaces up to 16 traditional infrared cameras and is able to perform 24/7 early human intrusion alerts over a 1.5 km-diameter area. “The development of the Spynel-M has made the most of our fifteen years of expertise in major security projects”, said Thierry Campos, CEO of HGH Infrared Systems. “With its small footprint and affordable package, the Spynel-M is the ideal solution for critical infrastructure protection like solar and wind farms, prisons, water treatment facilities, power stations, oil depots, airports and ports. It provides far superior protection than CCTV systems, with the highest simplicity, as a single Spynel-M automatically pinpoints all intrusions day and night on the entire surroundings.” Spynel-M Surveillance System Features The Spynel-M continuously captures full panoramic, high-resolution infrared images every second to provide real-time security against conventional and asymmetrical threats including hardly detectable targets such as UAVs, RHIBs, or crawling men. Easily transportable, it can be carried in a backpack and quickly deployed on a light mast or fixed atop a building for superior wide area surveillance. While requiring only 8 watts of power, Spynel-M can also be operated with solar or alternate power supply systems to allow for a remote operation. Unlike radar, the system is completely passive, requires no additional light source and cannot be jammed. The intuitive advanced intrusion detection software, Cyclope, automatically tracks and detects an unlimited number of targets from any direction at any time of day or night and under any type of weather conditions. As versatile as it is mobile, the system can also be paired with other systems such as radars and PTZs for data integration and target identification. HGH Infrared Systems will officially launch the Spynel-M in North America at the ISC West show, Booth 32100, in Las Vegas April 15-17th.