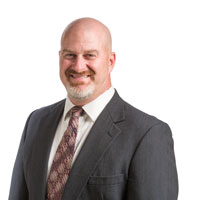 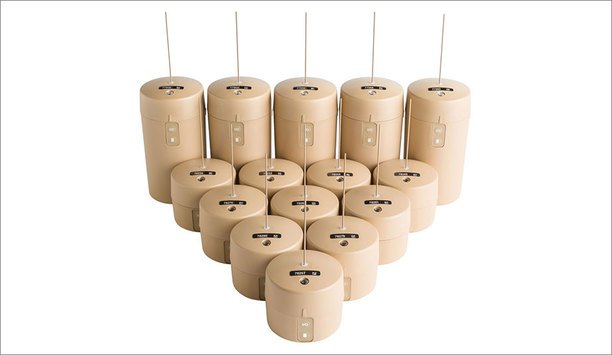 Using an asymmetric approach to perimeter security is more efficient and cost-effective. The approach, advocated by Applied Research Associates (ARA), involves strategic deployment of the company’s Pathfinder seismic-acoustic sensors. Asymmetric placement of the sensors is in contrast to typical perimeter security systems, which are linear: Sensors are distributed at specific intervals along a perimeter and require infrastructure to communicate back to a control center. Instead, asymmetric placement involves fewer sensors that are hidden strategically and tactically in areas to address known vulnerabilities and threats. At a border, small, covert sensors – about the size of two hockey pucks – might be positioned in a “dead space” that isn’t otherwise monitored, or along a specific route intruders are known to use. Intercepting Intruders At Long Distances The sensors can then track and map an intruder’s movement, locations and intent. Knowing the location of intruders enables personnel to intercept them at a further distance, even before they reach a perimeter; meanwhile the sensors continue to operate covertly and unseen by future intruders. The more focused approach allows an end user to address a specific known or suspected vulnerability in an immediate area of concern, rather than taking a broader approach typical of perimeter security. Radio waves of data packets transmitted from the sensors are masked so that they remain below the ambient noise floor “It lets us intercept the threat on our terms instead of theirs,” says Rob Jones, Chief of Counter Threat Technology Operations, Security Products Group, Applied Research Associates. “Our technology is not dependent on a physical structure. We can see what the threat is doing and force changes in the behavior.” Wireless Transmission Range A longer wireless transmission range, a key feature of the Pathfinder sensor, enables the asymmetric approach. A proprietary RF radio sends transmissions 10 to 12 kilometers (6 to 8 miles) with no gateways or receivers (up to 20 km [12 miles] if the receiver and antenna are elevated]). Pathfinder is the second generation of a sensor developed in a DARPA (Defense Advanced Research Projects Agency) initiative. The Expendable Unattended Ground Sensor (E-UGS) has been fielded by the military in combat situations since 2010; more than 48,000 sensors have been deployed in the last seven years, many during recent Middle East conflicts. The device senses seismic-acoustic sound waves traveling through the ground, and analyses their “signature” to provide location and confirm if it is a human or an animal, for example, says Jones. Early Warning Detection With Smart Sensors Pathfinder, a new generation of the E-UGS technology developed for the commercial market, has better machine-learning algorithms, is therefore “smarter,” and provides higher detection probability and fewer false alarms. Battery life has been extended from 3 months to about 6 months for the smaller Pathfinder Mini sensor, which has the form, fit and function of the E-UGS sensor with improved probability of detection and lower false alarms. Battery life is up to two years for the larger Pathfinder XL model, which is about the size of a soda can. An Android app provides a map showing activity reported by the sensors, or the information can be integrated with a variety of physical security or command-and-control systems. “Our technology is not dependent on a physical structure. We can see what the threat is doing and force changes in the behavior” The sensors are designed to monitor extended perimeters, remote areas and critical routes, providing early-warning detection of intruders where cameras and agents cannot detect them. The sensors are covert, buried in the ground and communicate wirelessly, so there is no infrastructure in the immediate area to tip off a sensor’s location. Radio waves of data packets transmitted from the sensors are masked so that they remain below the ambient noise floor – i.e., they are undetectable. Military And Government Applications E-UGS sensors are used ad hoc in the military battlefield to provide information on movement of intruders, locations and intent. The small sensors can be buried quickly by a soldier. They are also “expendable” – the E in E-UGSs – and considered almost disposable or consumable, typically used only once and not recovered (in military situations). In longer-term deployments, more typical in commercial applications, the length of service for the newer Pathfinder sensors depends on battery life (and changing batteries when needed). Enhanced and adapted for commercial usage, Pathfinder sensors can be used in a variety of vertical markets, especially critical infrastructure protection, as well as border protection. In the defense and Homeland security realm, they are used by international governments (Latin America, Africa). For critical infrastructure protection, they can be used to protect power grids, transmission lines, natural gas and oil pipelines. They are a fit for protecting any large areas, such as cattle ranching, preventing timber theft, and anti-poaching. ARA is promoting the sensors as “expendable, affordable, actionable and undetectable.” Specific to affordability, typically $11,000 buys a “starter kit” with communication architecture and hardware to launch the system. Applied Research Associates will be at ISC West in Booth 2125. “There is no other competitor in this space, with this price point, with these capabilities,” says Matt Fordham, Group Lead and Associate Division Manager, Unmanned Security Systems and Products, Applied Research Associates. Applied Research Associates is an international research and engineering company that provides government and industry solutions to problems to improve safety, security and way of life. For more information, please visit the Pathfinder website: https://www.ara.com/pathfinder